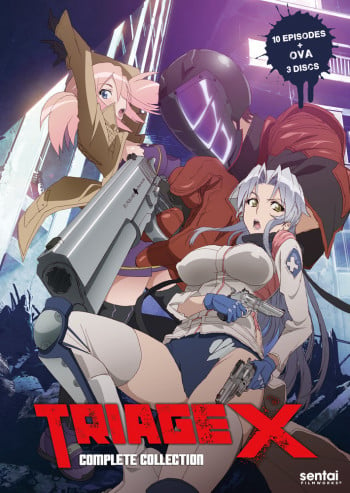 Both series have to with a group of assassins that try to rid the world of people who are deemed evil. Triage X is set in mordern times and have to do with more realisic things such as weapon dealers, drugs, and a group who operate in the shadows. Akame ga Kill is set more in the olden age of empires and kings. Akame ga kill the overal goal is to rid the kingdom of those who are corrupted.

Both are action based series with a similar goal in mind which is make the world a better place by killing those who harm others.

While Basara, Mio, and Yuki have picked up their seemingly ordinary lives, they were attacked by magic-wielding humans when preparing for the upcoming sports event. Basara tries to become stronger by strengthening the testament when Rukia, Maria's sister, suddenly appears. Unknowingly, the war deciding the future of the demon realm has started.