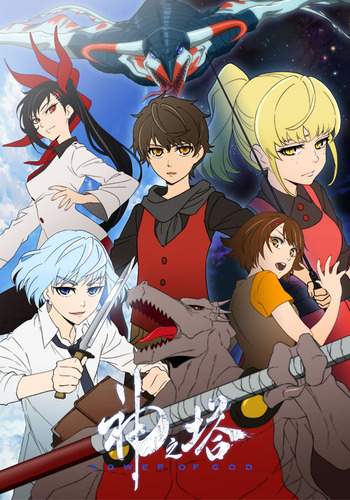 "My plan worked." With this declaration, Endorsi kicks her own teammate. What was the true intention of her plan to gather all the Fishermen in one location and see how the Ranker would act?

Anime-Planet users recommend these anime for fans of Tower of God. All available to watch right here, right now!

It is similar,both involves going beyond your limits to achieve your dreams.Bad ass storyline with a nice touch of martial arts depicting the the various gods,their carnage,violence when provoked and overwhelming and devastating strength only the gods of their stature possess

They are both long adventure webcomics available for free on WEBTOON, the stories are beyond creative and will keep you hooked for a pretty long time