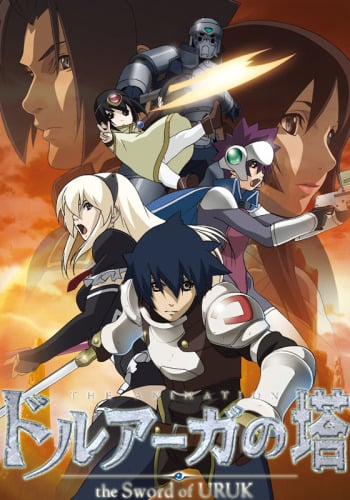 If you're looking for manga similar to Tower of Druaga: the Sword of Uruk, you might like these titles.

Tactics Ogre: Let Us Cling Together

Long ago, in ancient times, strength was everything. A demon, who governed the darkness with lessons of steel, ruled the lands. It was an era called Zeteginea.

Adol has returned to the town of Minea, where his adventures began. After hanging around for a while and conversing with old friends, he decides to set sail for the overseas land of Celceta.

The Western Kingdom of Fortinu is in a dire situation due to the incursion of the Demon Lord. The captain of the female knights, Klinfeid, fearful of her body being sullied and the long history of the House of Laz being smeared, decides to kill everyone including herself before the orcs get to them! However, the newly appointed princess Luka is having none of that, and decides to run away from the female knights. What will happen to her?!

Looked down upon for only possessing two skills, Reckledam has given up on his childhood dream of becoming a warrior and has instead taken a job as a miner to support his chronically ill brother. But when his boss calls upon him to help defeat a monster rampaging deep in the mines, the people who mocked him learn that Reckledam hasn't merely learned the two skills he possesses, he's MASTERED them. Can he be persuaded to rekindle his dream and use his superior talents for the good of the world?

Use Slime as an exercise ball! A treasure chest as a stair-stepper! Low-calorie herbs as snacks! Powerful weapons, phenomenal magic, and fierce monsters! The beautiful priestess Alicia will try anything and everything in her struggle to lose weight! Cuz before she can defeat the Demon King, she’s gotta defeat this accursed blubber!

After being shipwrecked on a remote southern island, Lina and company protect its townspeople from an attack by pirates. But the island holds a deep, dark secret - and powerful magical forces are at work trying desperately to hide its past. The fate of the world once again rests in the hands of the over-bearing Lina Inverse… for better or worse! Join Lina, Gourry, Zelgadiss and Amelia, and introducing Luke and Millena on a brand new adventure!