Toward the Terra TV 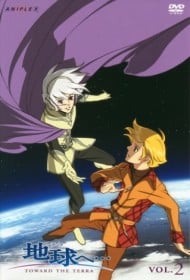 Centuries ago, humanity carelessly ravaged the Earth’s environment, forcing them to leave and form a colony elsewhere. To prevent the same mistakes from happening again, they allow a supercomputer to run their lives. Children are genetically engineered and at the age of fourteen take ‘adulthood exams’, a process whereby the supercomputer ensures they are suitable for membership in this perfect society. Those who pass have their memories erased and are guided into the next stage of their life; those who fail are immediately destroyed. Jomy is a boy about to take his adulthood exams, but things go terribly wrong when a man wreathed in light interrupts the process. He is a Mu -- an aberration, a new generation of human with extraordinary powers usually detected and eliminated by the supercomputer. This man tells Jomy he too is a Mu and introduces him to the Mu society. They are a rebel group in hiding from the oppressive human regime, who live in the hope that they will find a life of peace on Earth some day. Can Jomy leave behind all that he has known, come to terms with his awakening powers, and help the Mu return to their beloved Terra? 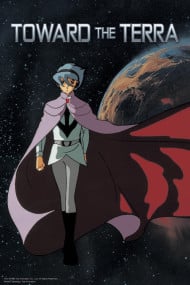 Toward the Terra TV Specials 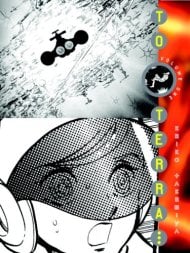