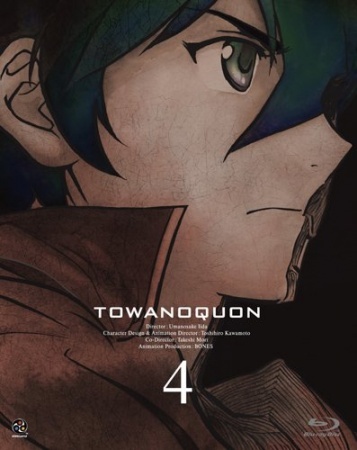 This episode just felt like they were placing pieces so the next episode can knock them all down in a convenient fashion.

During the episode we learn the truth about Epsilon and what really happened to his sister, but still they leave a bit of confusion (like who was the Frog guy?) This all leads up to the Attractor's safe zone being revealed and an epic battle at the end (that ignores most of what we've been shown so far.)

Stay tuned to the next episode for answers, since this one was nothing but fluff.

As usual there was great animation for this portion of the series. They lose a point for the lazy faces drawn on all the minor characters, some which seemed to be doodled in seconds, but still all the backgrounds and the main character animations were amazing.

For this film there was what seemed like constant music playing, but for once it wasn't too bad. It was always playing softly in the background and even when it ramped up, it wasn't annoying. Sure the songs weren't memorable, but they helped set the mood.

While it was interesting learning about Epsilon and his past, it's a bit late to add a major character and try to insert backstory, all the more when you've barely done so for our main character and hero.

What we did learn from our hero's backstory was ignored, possibly in their attempt at a dramatic ending (but which was then completely spoiled in the coming attractions.)

With two episodes to go I hope we finally learn something to make this all worth it.

Another episode that was basically a setup for what's coming. Sure it was entertaining to a point, but all I keep getting from this series is a three hundred minute epic with five minutes of story and two hundred and ninety five minutes of filler.