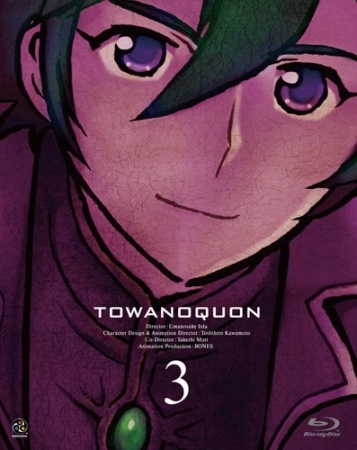 Towanoquon: The Complicity of Dreams, Third time's a charm?

The series took a little step back this time around. Again it played more like an origin story than a stand alone film.

For this episode we're mostly stuck in a dream world created by Tei as she was trying to save another young attractor. While there, Quon and one of the CUSTOS cyborgs, Epsilon, relive their past, specifically the moments that caused them to take their particular paths.

Like the previous two episodes they really went all out on creating great landscapes and locations for this iteration, and then they did one better. Segments of the dream world are shown as rough pencil drawings, but even calling it that is understating what you see. It's so simple but so amazingly done and really took the fantastic vision and artwork to another level.

As usual with this series there's nothing spectacular about the music or voice over work. There was one song that finally caught my attention, but then again the lack of good music might just be making the mundane seem average. But hey, at least we didn't have to deal with Miu speaking in clicks or chirps.

As the whole episode provided a backstory for Quon and Epsilon it was a nice change from the general lack of character development. As I pointed out, they did a nice job showing why Quon does what he can to save people who really don't know how to use their powers and why Epsilon chose to try and eliminate the attractors he feels are dangerous (and i'm guessing the other CUSTOS might have similar pasts.) They also give Epsilon a chance to see things from Quon's point of view.

Slowly but surly Towanoquon is making strides towards a better score. While they did dig themselves a pretty big hole to get out of with this whole "movie" thing, they could end up with a very good product in the end, but it'll be hard as that end is coming pretty quickly.