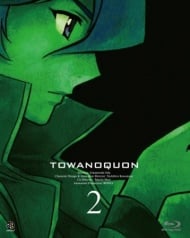 Towanoquon, or Towan o Quon, or I…..Take two. Dancing Orchid in Chaos. Story - 6/10 This time around we get an actual story line, instead of a terrible introduction where they forgot to introduce the characters. As with the first film, this really plays out as a long episode. An "Attractor" is up to no good, controlling people with his powers and having them killed, and now it's a race for Quon and Kiri to try to save him before the CUSTOS can take him out. For the most part the process of trying to court him is very similar to their dealing with Yuuma, but this time the young boy is quiet possibly very evil, as opposed to just confused. Things pretty much run out like you expect, meet boy, he refuses to join, battle, he runs away, they save him from CUSTOS, he runs away again, they look for him and climactic end scene. I figure we have four more episodes, I mean movies, with the same progression. Animation - 8/10 There wasn't much wrong with the animation in the first film and things pretty much stayed exactly the same. There weren't many quick battle scenes, whose animation was lacking last time, but there also weren't any new locations that would really show off the great scenery. The only change I notices was the difference between characters and background at certain points, they just wouldn't blend together like they were supposed to, almost as if they were outlined wrong. Sound - 4/10 It's not hard to be better than the first chapter of this film. The music was sparse, and terrible when it was playing, and the voices were overly annoying. This time around the few songs they played were rather nice and they fit the scenes well. Unfortunately the score can't be helped that much, as we were forced into listening to so much more of Miu's animal sounds and Kiri's truly awful singing (So much for supposedly having a lovely singing voice.) Characters - 4/10 We get a little more insight to CUSTOS and why they do what they're doing, so as a whole it answers some questions about a number of characters. Still their use of  "an organization run by nameless and faceless circle of old men" is about as cliche as you can get and smacks once again of laziness in writing. On the other side the new character Kaoru was pretty interesting and complex, especially compared to the rest of the cookie cutter crew we've been exposed to. He has a power that's different from other "mutant" types and his control over his power makes him unique from the others (as it seems everyone needs training to control their powers while Kaoru has already mastered his.) We get a little tid bit of info on Quon and some powers are revealed, but again we're really not getting a full picture of anyone essential to the story. Overall - 6/10 It was a large step forward from the first film, but still nothing more than an extended episode of what could have been a decent series, if sold that way. Things look promising if they stay on this track, but they need to start divulging more background on these guys before they hit the last episode, where it'll just be shoehorned in without a decent story.

This a review of Towa no Quon ( Towanoquon) movie 2: Konton no Ranbu. If you're looking for the first movie review, it is available on my reviews page and I do not intend to rewrite it here. The story hasn't evolved much since Utakata no Kaben. We still can't figure the whole premise. Instead the creators decided to insert some sort of side story. I can't say it was impressive but it was not lame either. I enjoyed it. I just hope that in the next movie, we'll be able to actually see something worthwhile. The animation is yet again produced by Bones. In comparison to the first movie, the animation wasn't as breathtaking. That's my only complain. Same thing for the soundtrack. It wasn't Kawai at his best but good nonetheless. Ending: Same type of ending and same song. We are already into the third movie, and still in the first two ones no character developpement was shown. It introduced a new character, Kaoru, and showed it realtions with few of the cast. Still , I liked Kaoru and he appealed to me. Same thing for Quon, who we see a change in his personnality. He stays the same lovable Quon. I just hope all the cast will be developped in the future. Overall, it wasn't a breathtaking movie, but I liked it. It was slightly better tha the first one by a minimal point. So in general, the two movies are the same. I just hope this series is only to go better next time. Score: 3.5/5. It is time to see ameliorations, not just hoping for them to arrive. Next! Zombie-Loan and my actual reviews of Soul Eater and Guardian of the Spirit( Seirei no Moribito) 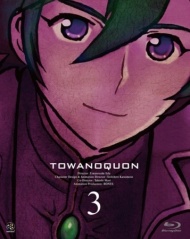 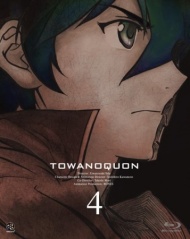 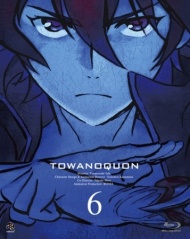 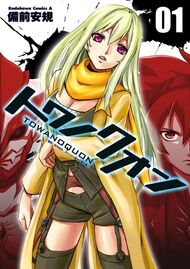