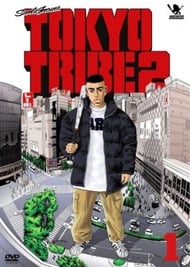 Okay so to start this anime is not for everyone... and by not for everyone I mean thats probably only going to appeal to a select few individuals which include myself. So this anime is pretty much about the Yakuza life. So don't expect any highschool girls with mini skirts and moe bullshit. The OST conists mostly of rap music and its got that "urban" feeling to it that you can also find in some other anime like Michiko to Hatchin and Samurai Champloo. Story- So the story primarity focuses on the two characters Mera and Kai. its pretty much a revenge tale and also somewhat a tale of redemption for Mera in particular. As the show goes on though, things start to get crazier and crazier. At some point though, you will just start to accept all the craziness and enjoy the story for what it is. Animation- Now first of all lets talk about the character desings. The people that made this DO NOT like bishounen characters, so don't expect to see any of those(well except for 1). Infact they hate bishounens so much that they ass fuck them to death. No I'm not kidding, I'm pretty sure it happens in the 2nd ep. The characters have somewhat exaggerated lips and sport a wide array of hairstyle from lineups to afros. The backrounds of this anime are particular detailed and the color palette in general is really vibrant and brings out the "urban" atmosphere and brings the city to life. Also a lot of good violence and action scenes for those who look for that. Sound- Like I said the OST of this anime consists mostly of rap... so if you don't like rap, this is probably not the anime for you. There is some variation, but one of the annoying things is that a lot of the same OST will play throughout the series. This probably wouldn't be so much of a problem, but most of the tracks have lyrics so its really noticable. I really liked the OP and ED themes though and the OST was a refreshing break from all the generic J-pop Characters- This anime has some really great characters. Although only the two main characters Mera and Kai are fully developed, every characters really plays a role in this anime. I think the best part about the characters is that they don't really fall into any pre-existing archetypes so you almost can't tell what they're going to do/ how they're going to react to a certain sitation. Not to mention the antagonist (Buppa) is one slimy mofo and just makes a really great villain. Overall- An extremely unique and rewarding experience, if you tired of the current fare of moe and highschool, I can highly reccomend this anime. Also it really helps if you were brought up hard if you know what I mean. Peace.

Say what you will about it, but Tokyo Tribe 2’s got style. It gets points for that alone, and for simply being unlike any other anime out there – by which I mean it’s got all sorts of stuff you can’t show the kiddies, even with strict parental guidance. This is a show that’s not afraid of being too violent or too sexually-charged for the censors. Tokyo Tribe 2 simply is, and what you see is most definitely what you get, for better and worse. On paper, this show looks legit. Gang fights in a criminal underworld, crazy characters that look like they’ve come straight out of comic books, and only the most bumping, most righteous soundtrack this side of the anime districts. But dive into it a little and you’ll see that Tokyo Tribe 2, much like the toughies shown here, is all barking swagger with little of the bite. The visuals are gold standard, but the pacing is drag-your-feet glacial. So slow and heavy-footed, that not even the tunes projecting out of the nearby ghetto blasters can make this ride go faster. At some point, you have to wonder where all of this is going. Which is a weird thing to think about when watching a show about gangsters, I’m sure, but because this show meanders so much and lets the beats run in the background to help fill out the silence, it’s easy to get lost in the stink-eyes everyone likes giving each other. Tokyo Tribe 2 is a lengthy street stand-off that goes on for so long, that by the time we get any results, it’s only because the cops have already showed up at the scene. But hey, it’s something different and it’s something that’s immediately cool. I mean it when I say this show doesn’t have to work too hard to be the smooth animal that it is. But it’s also something that’s caught out of time, where it still thinks it can get by with giving people a rough once-over, ignoring the fact that street baddies are made of much tougher stuff these days. It’s a slow-moving thing that could really use some speeding-up in a bunch of scenes, but Tokyo Tribe 2 is a neat little lookback at a time when anime didn’t give a shit and just shot the breeze about anything that caught its fancy. Paint that stuff in graffiti spray paint and set the thing to scratched beats from your neighbor’s window. Peace to your mother, but Lord help you if Buppa decides to come a-knockin’.

Tokyo Tribe 2. The hit or miss delinquent anime heavily influenced by African American culture, filled with urban charisma, brutal action, lovable characters, gang wars, risque scenes, and that early 2000’s anime magic. Tokyo Tribe 2 was on my watch list for a very long time, so I decided to pick this obscurity up. Possessing in your face street visuals, crudely nostalgic animation, a thick black brash caricature-esque artstyle, a loud contrasting color scheme, and a hip hop influenced soundtrack, Tokyo Tribe 2 has an early 2000’s rough metropolitan charm to it. One that is fit to be in the release of GTA Vice City or Tony Hawk’s Pro Skater 3 . The visuals are eye candy for anyone that likes street culture or the flashy-ness of the 2000’s. So of course I was drawn to it. While I can say a bunch of positive things about the fun graphics and unique character design I can’t say very much about the plot or writing behind this anime. I enjoyed watching this but that doesn’t make this any better written. But before I go into the cons within the writing department of this anime I want to share the things I liked about it. What I absolutely adored about Tokyo Tribe 2 is the superb soundtrack. It always managed to give fights that certain spice of hype and it went so well with the whole overall vibe surrounding this anime. Plus the opening song is so damn catchy, it seriously reminds me of American rappers from the 90’s to the 2000’s. The OST for this anime is so amazing that when you look at the anime itself it falls short in comparison. While the fights were always exhilarating and fun to watch, they didn’t give us much time to breathe between these eventful incidents. Even so I can’t say this anime was boring to watch. While it was extremely slow paced, there was always something to keep me glued to the screen. Not to mention the insanity within the fights, I mean this isn’t an anime for the lighthearted. As you continue to watch the violence just gets worse. I mean it isn’t that bad since the animation lacks in quality and it isn’t constant, though that doesn’t mean it isn’t any less shocking. A lot of the fights were badass and super interesting. I can’t lie, but a lot of the fights were super cheesy and had ridiculous plot armour. Around the first or second episode the two main characters jump off  a three story building yet manage to land on their feet uninjured. I mean come on. I can’t forget the omnipresent melodrama going on. We are introduced to a character Tera in the first episode, I mean this is technically spoilers but it happens in the first or second episode so it's really not that big of a deal. Anyways Tera dies and the anime made it out like he had a huge impact on the gang. Tera was only introduced to the audience for like two episodes before he kicked the bucket so his death wasn’t as moving or impactful as the anime had intended. Plus the rivalry between Mera and Kai was only seriously gone into depth around episode eight or nine. So whenever they had these heated fights up until then it seemed kind of shallow and a lame attempt to pull at the audience’s  heartstrings from a “brotherly” rivalry. A lot of the other characters had good personalities but weren't gone into much other then Kai or Mera. Even with Kai and Mera their backgrounds were only showed, they had no distinct character development at all. Most of the cast of Tokyo Tribe 2 are shallow, static, and formulaic. The only thing that saved them was their awesome character design and their likeable personalities. I also can't forget that this show is super repetitive and uses the same ploys constantly. This made things super predictable in terms of where the story was headed. The only thing that really shocked me was the gore. Other than that I could more or less tell what kind of ending this was gonna present to me. As you can tell Tokyo Tribe 2 isn’t that good of an anime objectively, does that make it less fun to watch? A little bit but I still had a good time watching anyway. There were a lot of moments where it did have me entertained,  laughing, or genuinely interested. While those were few and far in between I can’t dismiss them. I would say the soundtrack, visuals, and early 2000’s nostalgia truly carried this anime. This is a good anime if you’re older, presumably a person that actually lived through the early 2000’s and is looking for nostalgia fuel and easy to digest content. If so then the infamous Tokyo Tribe 2 is for you! 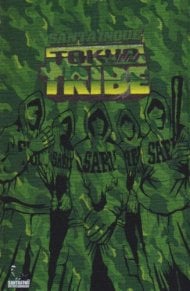 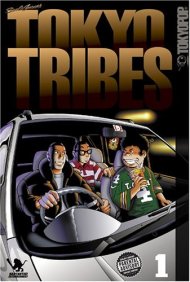 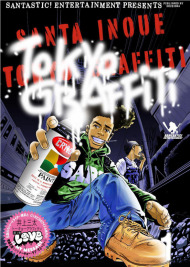 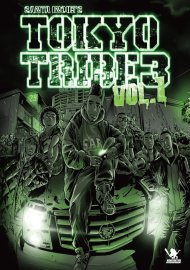