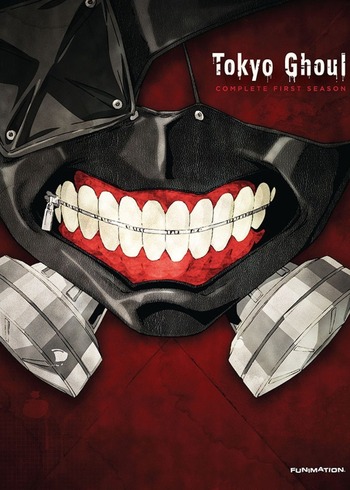 The "Johan incident" once spooked Germany. But the truth of the incident is still left undisclosed. This document is a vivid report of the "Johan incident" put together by an Austrian journalist, who found similarities between the "Johan incident" and a murder case that happened in the suburbs of Salzburg for which the writer was in the field. Are you ready to accept the striking reality that emerged out of the report!?

"In an accident at the meat factory, the heiress was heavily injured. Guiltily, I agreed to her request, but this very same request has let me enter into a wonderful life..."

In 1990 Yashiro Tenshuu murdered his lover and four others, sending him straight to death row. Now, the day of his execution has finally arrived, but at the last second he's given a choice: die, or go to work for a mysterious group of people. Choosing life, Yashiro is taken to a room and left in the company of another death row inmate, where they go from day to day with sake and other niceties, with no idea of why they are there. That is, until from behind a glass window, they see a beautiful girl awaken...

It’s a day like any other, and high school students I’e and Kazu are on the bus home from school when, suddenly, it floods with a mysterious gas. The pair pass out and wake up to find themselves aboard a truck packed full of human bodies. They’re surrounded by rows of frozen corpses … and a staff of living human beings sawing them into pieces. Where are they … and how can they escape from this nightmare?

Deep within the mountains of Tibet, secluded from the mortal world, sits The Arm of Kannon, an instrument of inconceivably wicked power, resting safely outside the grasp of humanity... until now. An archeologist, Juzo Mikami, dizzied with tales of The Arm's power and determined to unlock the mystery behind this Buddhist secret, sets out on a journey to find this ancient artifact and is never heard from again, leaving behind his wife and children. Three years later, he returns to his family, however he isn't the man he was, and his family will never be the same.

A rainy night. A mysterious island. A boy with a dangerous story to tell – if only he could remember who or where he was. So begins a chilling journey into the unknown – when uncovering a twisted world of secrets is the only way to survive.

Franken Fran, creation of the absent Professor Madaraki, has a true gift when it comes to the scalpel: she can give you the perfect body, bring the dead to life or stitch people together so that they will never again be apart. Join Fran and her boy-headed cat as they learn about the human soul while carving up the human flesh. But ethics aside, can something beautiful come out of such ugly work, or is it doomed to remain ugly until the end? On the other hand, does it matter?