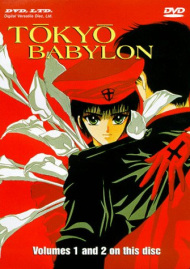 Culture Club sets it’s sites on Japan, not only to bring their hit music, but also to stop the other worldly spirits haunting it’s citizens. Is that not the plot? You sure? Na I know what I watched. Story - 7/10 Despite being billed as two stories surrounding Subaru Sumeragi, these OVAs almost feel as if they were meant to be completely separate works, as if Madhouse made one for Tokyo Babylon and just pulled the second out of a set of scripts laying around. In the first OVA we meet Subaru, his sister Hokuto and their friend Seishiro. Subaru is an occult investigator often hired by police or private businesses to look into strange happenings. For this job he’s investigating a specific company who’s leadership all just happen to be dying off.  Things proceed like most other procedurals, with more focus on the case itself and less on Subaru or his powers. The next forty five minutes covers another case, but it almost feels like Subaru was an after thought. Mirei, a young woman who has the power to see people’s past with just a touch, takes the reigns of the series, as she helps police find a serial killer. Eventually Subaru comes to her rescue, and reveals his important power to call forth shikigami spirits. The two stories were a nice bit of entertainment, but the length and content left so much to be desired if viewed on their own, without any knowledge of the Manga or the X franchise.   Animation - 5/10 The art is typical for the time, where if you had a scene that didn’t include Subaru you could mistake it for any number of shows created from the seventies all the way through the mid nineties.  What does set the series apart is the eclectic clothing they would put on Subaru and sometimes Hokuto. Unlike other series where they’ll keep their leads in the same outfit for the duration, Tokyo Babylon did a very good job of changing things up multiple times per episode. Sound - 7/10 So the opening theme, Strawberry Kiss Kiss, may seem a bit cheesy today, but for the time I can see what they were doing. If the singer didn’t have a Japanese accent you could almost mistake this for a Smiths song, the anime version of Please, Please Please, Let Me Get What I Want. The series is bookended by a fitting song (fitting with the opening number that is) as it again sounds like a Japanese band trying to cover a famous eighties English band, this time with a song resembling Duran Duran’s Rio. All the rest of the music throughout the series either follows that pattern of eighties sounding Japanese songs or your standard, well made, instrumental tunes. While the voice acting wasn’t terrible, there were so few characters that the hiccups are much more noticeable. That one thing that jumped out was Subaru’s impish voice and demeanor. Even when he’s saving the day he sounds as if he’s cowering in a corner trying to not get completely pummeled by a bully. The VO artist was decent, I just would have liked him to show a bit more depth in emotion. Characters - 4/10 I give the writers credit for what they were able to introduce within the ninety minutes they had, but I still think too much was missing for these few characters to really be considered well developed. We get a brief background of Subaru, heir to an ancient Japanese clan who have acted as the Govt’s excisers and supernatural experts for thirteen generations, also he likes to dress like an eighties new wave band’s version of a priest. Subaru also has special powers that really are only shown twice in the series, once as he trains in the opening of the show, and later in the second OVA, a skill that will receive a lot of attention in his later anime appearances. Accompanying him is his sister Hokuto, who is pretty much there for comic relief, and their friend Seishiro, a veterinarian who we learn right at the end of the series has powers similar to Subaru. Our single episode hero, Mirei, also has little revealed about her, but she does help reveal a bit about Subaru. Mirei has the power to see people’s past, to keep from doing so inadvertently she wears gloves, possibly hinting to why Subaru also always wears them. Thankfully the background of the first three people, and their overall development as full characters, is taken care of in the series version of X/1999. Overall - 7/10 While the OVA may not have aged as well as Yu Yu Hakusho, Ranma 1/2 or the eighty five thousand Gundam series, it was really one of, if not the, first quality supernatural detective series in anime. With a quicker pace, better backstory and a way to string together an overall plot instead of using the “Monster of the week” format, I think this could have been an excellent series to go beyond two episodes. For what we were given, it wasn’t that bad as a little break between longer series.

What I Liked: Good car animation? Nice (and so very 90's) character designs. Good sound design. Miki Itou as Hokuto, Subaru's bubbly sister. Both episodes are interesting albeit simple stories that blend supernatural themes with crime-drama elements well enough without leaning too far towards the gritty or fantastical (although it has all the trappings of a CLAMP series).     What I Didn't: The absolutely terrible insert song in the first OVA, which regretfully turns out to be the first Ending Theme as well. The second Ending Theme is also pretty lackluster. The first OVA feels rather slow-paced until the final third. Average animation for the time (with occasional moments where lips don't move when they should). Soundtrack is barely there. Some character proportions look…well...just plain ridiculous. Disappointingly screams "(unfinished) OVA meant to advertise the manga", despite it apparently being more of an animated add-on.    Final Verdict: Time sure flies when you're watching Tokyo Babylon, and not in an entirely good way. While it's a reasonably easy-to-watch occult detective series with some of the coolest (and weirdly disproportionate) characters designs to come out of CLAMP, the stories are simple and are sometimes bogged down by shoddy pacing and lack of characterisation. The soundtrack itself is an exercise in endurance (when it rears its ugly cheesy head) but luckily for your ears it's all over before you can say "Kiss Kiss". 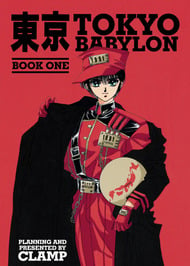