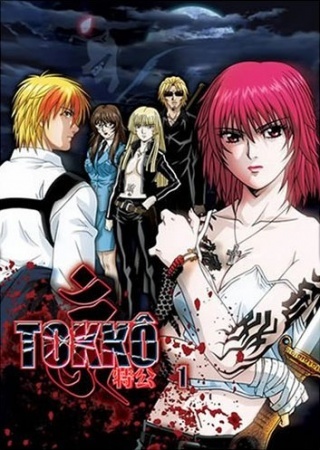 Like many other of the better grade of anime, this one didn't get enough seasons or episodes to truly tell the whole story.  It will leave you hanging but it is one heck of a ride until you get to the end.  Think Tokyo Ghoul and Seraph of the End crossed and you will have some idea of what this series entails.  I am a bit shall we say disturbed and not fully satisfied with the ending and what happens to Sakura.  However, this series did one hell of a job through out the show.  At times the pacing might be a bit too slow or others too fast, but overall it works out pretty well.  As far as all the basics of story telling goes, it might not be absolutely perfect but it comes damn close compared to other animes.  The story does such a solid job of grabbing attention that like a good book, it will be hard to put down or more specifically, it will be hard to stop watching it until the very last episode.   It hits it's stride with a terrific show of foreshadowing in a very dramatic way.  Ranmaru has been having nightmares frequently and repeatedly ever since the tragedy that left his family devastated.  Drama ah ha moment, the main thing he remembers about the dreams are a half naked girl who shows up in every one of them.  Is it destiny or fate or some sign of himself, his future, or his past?  Such seemingly little things are nice touches that keep sucking you in deeper into the story.  There is a mystery as to who or what is behind a series of gruesome murders.  The cases smell of the same kind of bloodlust that befell Ranmaru and all the survivors many years prior.  There are subtle clues that these criminals might not be the only ones with secrets and rumors swell about there being monsters behind them.  You get glimpses of what's going on every so gradually and that pace over time increases in speed as more and more events congeal around the main characters and more of the hidden becomes exposed.   The way the story progresses might very well remind you of classic horror stories, thrillers, or mysteries.  Fear may not ever be it's strong point expression but even if the viewer can not solidly sense it, you can feel that fear in many of the characters.  Greater fear may well come from who and how many are behind what and how many different sides oppose one another in acheiving their own agendas.  There are some excellent villains to contend with as well as good twists and suprises.  Though some of those surprises may not be all that shocking if you can pick up the well placed clues done through excellent foreshadowing.  The core characters with a couple exceptions are pretty well developed but even the exceptions get more story background and screen time than most side or support characters in other animes which have had more seasons and episodes. Kudos for this show to surpass the efforts of many a show with more resources.   Finding a show this good, satisfying, and well written is a rare gem indeed.  It is rather sad that some of the best animes ever made have so little chance, so few resources, and so few episodes created.  I am sure there are a few cliches here and there but the good pacing of the show do much to make that much more difficult to pinpoint.  In addition, subtle elements are so seemlessly blended into the story it maybe hard to separate them into their individual pieces like say cliches so apparent in many other animes.  The characters look more like collages of bits from different typical and a few nontypical character templates than any singular or solid character cliches. The anime falls just shy of the highest rating due to a character art not falling as solidly into the same apex quality that the backdrops and even many of the creatures seen in it possess.  They come close but a few characters still suffer from older lower quality style standard anime looks than the rest of this anime achieves.   Sound is pretty solid with excellent work on English voice dubbing and good matches for the characters to the right kinds of voices you would expect.  No character suffers from those annoying over used voices such as the squeaky chipmunk female voices or the faux fallsetto wimpy guy voices such as Kazume's brother had in Kaze no Stigma.  So solid job there.  Sound effects are pretty seemless and blend well to totally immerse you into the world that is Tokko. Characters and story were already discussed but they are all fairly solid with only a few minor issues.  The story is probaby it's strongest point.  Though it looks similar in many ways to several other animes it is unique, well fleshed out, detailed, solid, fresh, and original enough to stand on it's own apart from virtually any other tale.  This is not a show for anyone under 17 though because of extreme gore, violence, and gratiutous exposure of nudity.  So parents be warned.  None of them however quite fall into the "nude" for "nude" sake fanservice porno pervy ways of thinking you might find in hentai, porn, or seinen anime and manga.

Short and sweet cause 1. I'm not one for writing reviews 2. I'm lazy and don't feel like typing a 3000 word essay. My take on the anime: The ending was really rushed (kinda anti-climatic), the series would have benifited if it had been exteneded, there were a lot of things that were rushed story wise, the action scenes are really mostly just pictures with that speed lines effect added, left out a few things unanswered. Apart from that I believe it has a good story (even if it was rushed), and the characters were descent enough (even though they ultimately have the same background story). I give 6/10 overall (maybe 5/10), it's not unbearable otherwise I would have dropped it.

Tokko was under £5. That was the only reason I bought the series really, as the reviews weren't particularly praising and I had never even heard of it before. If you can get it that cheap (at the very least under £10), then it's definately worth it. The series follows Ranmaru Shindo, a cop with a dark, mysterious past. You see, 5 years ago, his parents were killed in the Machida massace - an unexplained slaughtering of dozens of people in a block of flats. These days, working for the Tokki police force, Ranmaru and his friend Ichiro are given embarrassing tasks such as cleaning the toilets by their hot headed, no nonsense boss, Kaoru Kunikida. But his life is about to change when he meets the leaders of Tokko, a shady group of cops who almost exclusively carry swords instead of guns, kill phantoms and devils that threaten Japan, and who Kunikida deeply distrusts. Suddenly, Shindo is torn between two worlds: one which seems safe and normal, another which could answer the question of his parents' death, but is filled with evil and suffering. Tokko is a strange mix of slice of life, police prodecural and fantasy horror. And it (kind of) works. The episodes based in the office are often quite funny, relying on Ranmaru and Ichiro's big mouths to get themselves in trouble with Kunikida, who seems to appear from thin air at the most unfortunate of moments. They also trade banter, Ichiro often bringing up Ranmaru's tease of a sister, herself adding to some of the funnier moments. Not only did I enjoy the comedy of the show, but the realism of the earlier episodes was also interesting. Sure, phantoms and devils aren't very realistic, but viewing the situation from the side of the police was a nice touch I think. Bagging and tagging mashed up body parts is definately not in the job description, I'm sure. The proposed 'horror' side of things, never really makes an appearance, but it does get quite gory once the fighting begins. The animation is... old school? I definately felt like I was watching an old show. It was colorful, which I liked, and there were some very nice pieces of art, but the frame rate is noticeably poor at times, making the unfortunate characters look ridiculous when it dips. The best sequence of the whole show is actually between two humans with guns (revealing who would ruin the twist), and whilst it may be short, it left me wondering why they didn't try recreate the same thing with the other scenes. Music-wise, Tokko had an interesting opening theme - it had a brilliantly catchy chorus, but an awfully unflattering verse. The closing song was quite pretty, but it felt out of place with the tone of the show. There were some nice atmospheric and environment sounds, some I don't think even bigger shows would think to include. When the Tokko gang are in their modern wooden-floored hideout, the sound designers created a brilliantly realistic reverb to the environment. The characters were a strong point for me. Each one is visually memorable, and all have their own personalities which also help to define them further. Ranmaru can be serious and stubborn, but shows a friendly side (his attempted interactions with Takeru are particularly funny), Ichiro is annoying but cares for Ranmaru, the Tokko gang enjoy snooping around being mysterious, and Kunikida enjoys hating their guts. Oh and that ending. Never mind the abruptness of the final fight, I was furious at the police department's final decision. How does something like that even happen? Just after we've seen Kunikida prove his worth and his alliance, he is faced with the biggest pile of BS you could imagine. I won't spoil it but I almost jumped out my window in rage. Almost. --- Tokko was damn good for the price, although I doubt I'll be recommending it to anyone soon. The ending may have damn near melted my brain, but it was fun while it lasted. 6/10 - Good (take a point or two off for oldschool art, some bad dubbing and the ending, if you want) 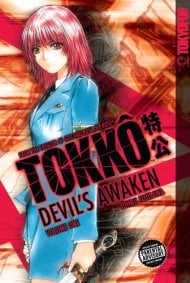 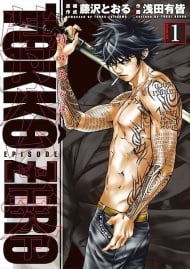