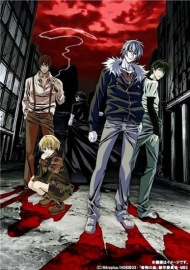 Once the undefeated champion of the street fighting game [email protected], Akira now fights for an entirely different cause. Having been framed for murder and given the choice of life in prison or exoneration for a price, he chose to take the latter, heading for the lawless district of Toshima. There, Akira is to fight in Igura, a game where the winner of each match receives special tags, and the loser loses his life. Alongside his longtime friend Keisuke and experienced Igura competitor Rin, Akira must now battle it out in Igura, try to avoid the sadistic enforcers that roam the streets, and complete his mission: to defeat Il Re and take down the drug company Vischio.

The main character, Akira, is falsely accused of commiting murder. The reason? Because someone wants him to play in a life or death game called Igura. He ends up in a place called Toshima, a lawless city, made up of other players and a few other nonplayers. The game rules are simple. It's like playing poker, only the stakes are much higher. The player recieves several tags each representing a playing card. They have to wear one that is always visible or they can be executed. The goal is to challenge II Re aka Shiki, and be in charge of drug line, making you one of the most powerful people, but in order to do that, you have to take cards from other players by fighting them and winning. There must be witnesses and no cowardly attacks are allowed. The opponent doesn't have to be dead, but that's usually how they end up. If a player breaks any rules, people called executioners will come after you and kill you. The executioners are like cops sort of for the game. The city doesn't actually have any cops or hospitals.  Tags can also be used to get necessities. A player can trade in tags they don't need or want for first aid kits, food, water, etc. Tags are basically the currency as well as a players ticket to the top. This ensures that players will actually fight instead of always hide in a neutral zone. They need tags to eat and they have to fight to get the tags so it keeps the game going.  The drug company that a player who defeats II Re gets to be in charge of manufacters a drug called Line. Line enhances latent abilities of humans. It actually makes them sharper and stronger, but it can also change their behavior and feelings as well as kill them. Many of the players use the drug trying to defeat other players.  The main character is Akira. He was an orphan who was adopted but soon left home to live on his own. He participated in a street fighting competition known as [email protected] and was very successful in that. He always had a lost look in his eyes that earned him the nickname Lost. The second main character is Keisuke. He is from the same orphanage as Akira. He tends to put himself down a lot and apologize. He is always eager to try to help Akira, even though sometimes he can't. He is a weaker person without much fighting ability, but joins Igura in an attempt to help Akira.  Another major character is Rin. He is younger than Akira and Keisuke but rather hyper. He immedeately befriends the two. Rin also used to fight in [email protected], but he fought in group fights, not individual like Akira. However, Rins group was murdered. He is a good fighter and is very helpful to Akira and Keisuke. Motomi is an information broker. He isn't a player in Igura. Instead he collects and sells information. Rin takes Akira and Keisuke to meet him and from then on Motomi helps them throughout with his intelligence and information.  Overall, the characters are moderately developed. Part of the problem is the series is too short to properly develop the story and characters completely, a common problem in short animes. Still, there is a good mix of characters and we do learn more about them as the series goes. Both main characters go through changes as well. It's not dull, but it could be better developed. The story has a similar issue. It's not fully developed or finished. There aren't any major lose ends, but I didn't get the feeling that I had a full understanding of the situations and problems. For instance, I don't know what the Civil war was or why the one guy kept talking about colors. I don't fully understand what was happening in the ending either. They sort of started a fight at the end that never got fully explained and never finished. Still, it wasn't a terrible ending. I would have liked to know more about what happened to the characters after Toshima, but it's a short anime so that's life. I should just be glad that this anime actually had an ending and was finished.  The story explores several themes that seem very important. The theme of drug abuse and inferiority issues between friends was well played out. There was also the theme of fighting for power that is rather common. Everything is pretty much serious though. There isn't really any comedy in it. There is a bit of strangeness and possible S&m with the "dog" though. Mostly, the anime sticks to dark and serious themes. The animation was decent. The color scheme of Toshima definately added to the overall dark feel of the anime. However, I disliked how bright the blood was. It may have just been the website or my computer but it did seem to get that pixilated look sometimes and certain scenes were so dark that it was hard to see what was going on. That happens in a lot of darker animes though.  Overall, I give it a seven. It kept me watching episode after episode, but I do feel that the story and characters could have been developed a bit more and the ending could have been a bit more conclusive. 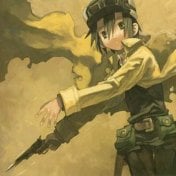 Even as bad as some things get, there is usually at least one element somewhere that spurs some sort of redeeming quality. Good ideas here, an interesting concept there, perhaps even a single scene that manages to be the high point. However, Togainu no Chi has managed to have almost nothing redeeming whatsoever.Professional competitor in a street fighting tournament known as [email protected], Akira is spending a usual day when there is a rapping, a tapping upon his chamber door. He soon finds himself pinned to the ground with accusations of murder brought upon him. Despite maintaining his innocence he soon finds himself in a prison cell only to soon be brought a deal by a shady organization. Compete and win in a tournament known as Igra in the area known as Toshima and clear his name, or rot in his cell. Choosing the former he is driven to Toshima where he is soon accompanied by the Uke to his Seme, Keisuke, as well as fellow competitor Rin.However, while a tournament style setting would make for a few interesting fights with Akira rising through the ranks, the show instead opts for little development in that area until altogether abandoning it in favor of a nonsensical war upon Toshima as well as use of numerous clichés that have already gone dull throughout the action genre. Not only that, but all this is spewed out in one hefty scene throwing far too much upon the viewer rather than the foreshadowing it and sprinkling slight plot details of this throughout the show. The epilogue to the show is another thing entirely, as it is almost contradictory to itself and makes almost no sense given the context.While the show does have a few moments that almost bring the aspect of the horror of such a bloody tournament, poor directing mars the potential. In fact, many of the problems result from poor direction. Everything from the writing, to the animation, to the plot is unspectacular at best. The few fight scenes that are there are unentertaining as they are usually one sided, forgoing anything resembling tension. Not only does the title suffer from a number of plot holes, but design choices such as the blood, while seemingly stylistic at first, eventually becomes jarring. As for the characters, they are perhaps one of the biggest problems. Characters are either one dimensional if not completely void of personality, or are far too eccentric in both actions and personality to fit in with the tone the story attempts to go towards. The music is forgettable, while the animation is perhaps one of the largest problems with the show. Apparently on the budget of a child’s piggy bank, the show cuts every possible corner with the animation. The models are unimpressive, while movement is chipped and at times clunky. It’s clear that the studio was out of money come the final episode where there are so many poor camera angles and cut aways that the climactic fight scene become incomprehensible.Togainu no Chi is devoid of quality. There’s nothing more that can be said. With dull characters, an atrocious story, and animation so bad that it gets in the way of the viewer’s interpretation of what’s going on at one point it is something to be avoided. 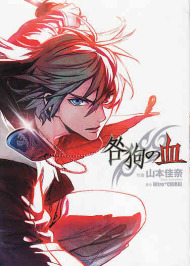 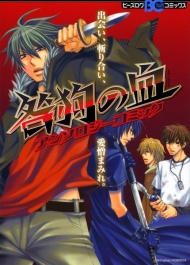 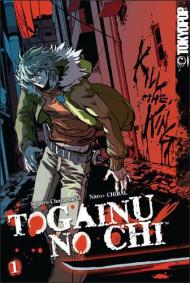 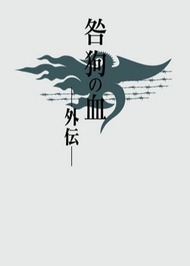 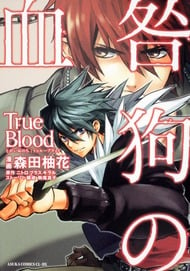