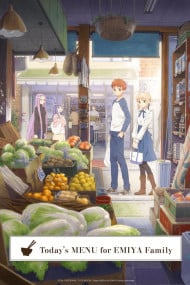 Hey, weeb! Do you like Fate? Do you hate your own culture? Ever wish you could be Japanese instead? Well, if you wanna replace your heritage with dat sweet sweet Japanese culture, then you best start learning some shit. Luckily for you, Fate/Cooking is here to tutor you, and it’s brought some food along with it. This ain’t your ordinary Japanese class. Professors Emiya, Ramsey, and CBF are ‘bout to teach you some life skills, and class is in session! The first thing you may notice is how lovely everyone looks with this new art style and these kickass wardrobes. The second thing you may notice is that the food looks scrumptious as all hell. The fine folks over at ufotable worked their asses off to prepare these good looks for you, and boy does it show when the food starts cookin’. I just wish they didn’t make us use shitty CGI for transportation. The gang’s all here and then some, and they’re just as lively as ever. Lancer, Rin, Taiga, you name it! Even lesser known compadres like Otoko join us for this lovely venture, and believe me, the guys I mentioned by name are the most fun guys here. I hope you’ll find our guests as much fun to witness and interact with as I did. Sadly, some of them had to bring along some shitty songs to open and close out each session, but we got some alright background music to compensate, and even those shitty opening and closing tracks ain’t all bad. Hell, some of them enhance the cooking experience, Now I’m not gonna lie, listening to all these recipe steps is pretty boring, so I only really stay for the visuals. I say this cuz again, this shit looks delicious. We got 13 of these meals, so dig in! Aww shit; now I’m hungry again! Happy New Year, everybody!

Yorokobe shounen. Kimi no negai wa, youyaku kanau. Which means in English,’ Hello. My name is Kirei Kotomine and today I will explain you why Emiya Shirou’s cooking is bad.'From now on, I will try to use the language of the one and only pro cook, who can easily shit on Gordon Ramsay cooking skills. Well, here it goes. Shirou's cooking lacks Haachama chama soul. Just look at his mapo-tofu chama. I, as a man, as a person that loves cooking and as an active fan of Haachama chama cooking, find Shirou’s cooking skills beyond outrageous, chama.Cooking is not simply about following a recipe, chama chama, it is about putting one’s heart into cooking, chama-chama. Shirou, chama, however, has one hell of an average character and even his cooking proves that he is average, Hachama chama.OverallAll in all, 5 Hachama chama out of 10. If you want to get better at cooking, chama, you need to watch Hachama chama cooking and you will get better in no time. I hope that you will, chama, find my piece of advice useful, Hachama chama, and it will help you become a better cook, chama. No matter if you are, chama, a male, or a female, chama, being able to cook is a very useful skill, chama, to have!

STORY -- 7/10 Coming from someone who knows nothing at all about Fate, I just thought this was a chill episodic cooking anime for the first few episodes and I loved it. idk if Fate is some grand, sweeping story and this is a disappointment to fans, but to outsiders it's pretty accessible. Sometimes they do make references to things from Fate, like servants and masters, and then in one episode I guess they're playing volleyball with superpowers? But it's not too immersion-breaking. I like how it talks about smaller parts of Japanese culture, like Girls' Day. I learned what a kotatsu was like three days before watching this and one showed up in the first episode and I felt smart lol. Overall it had no need to be something massive and important, but still took itself seriously enough to understand that peace=/=boring and there was still effort needed. This is how episodic shows are supposed to be. ART/ANIMATION -- 10/10 Easily the biggest appeal of this. Fuck, it was gorgeous. The animation is what it needs to be: expressive and not over-the-top. The character designs are all different enough to each be really likeable, and everyone has their own way of animating that fits them perfectly. There are lots of little animatics that are just so well-made. The shot from episode five with the animated cooking stuff behind the girl's head while she did a little dance, the watercolor-looking montage from Emiya's childhood, the one kid just ninja sprinting down a school hallway running up walls and shit. Loved it. And I was absolutely in love with the scenery and the colors used. Wow. Who gave the grocery store permission to be that beautiful? It was equally as gorgeous as the castle in the next-to-last episode. Consistent quality is the mark of art with effort put into it. I would watch this again entirely for the art. SOUND -- 5/10 The dramatic music that's played for the cooking scenes isn't very fitting, but it is funny. The voice acting was good enough. They did do something I personally can't stand NO ONE ACTUALLY NOMS AND GRUNTS WHEN THEY EAT IT'S NOT CUTE FUCKING STOP but I wouldn't dock points over it; it's just an anime thing. Overall I found the sound to be a little below average. CHARACTERS -- 9/10 Those who have never seen Fate will have no idea how the characters are related and the show offers no explanation. Which is fine, really. It doesn't have to. Watching them just be themselves without talking about being themselves was so natural. Really good writing. As for my opinion, I like...most of them. I found Emiya to be pretty bland. He just got more irritating as the show went on. Making the protagonist totally neutral and empty is a very tired trope and really only works in video games. It's frustrating to watch. In games it makes sense because you're in control and making the decisions, but on TV there's no reason for it and it comes across as lazy and uncanny. The only thing that stands out in Emiya's character is his love of cooking, much like the only thing that stands out in his design is his weird zigzag eyebrows. The thing about Emiya is, I was friends with a lot of boys growing up who acted just like him. But it wasn't because that was their personality. It's because they were usually too shy to be themselves and shut down when they were around other people. They were creative and intelligent deeper down and had a lot to say when you showed them you were someone they could talk to. That would be interesting to see from an anime. I saw a shred of this in Emiya's cooking montages, so maybe that's how it plays out in Fate, or maybe he really is dead inside. I'll save that judgment for when I watch it. The good characters were full of personality. They were unique down to their animation and it really leaves you thinking they must all have good, fleshed-out backstories and relationships. They felt like real people. I think Taiga was my favorite. There's just something really familial and homey about them that honestly makes me want to get into Fate. I like watching them hang out as old friends even though I've never seen them. One thing, though--again, I don't have outside context, but I feel like implied ships are all over the place here. I might be getting characters mixed up, but it seemed to me that the same girl got all feverish and nervous over like three different people. Or maybe that's just how she is?  OVERALL -- 8/10 It's not some incredible feat of lore and action. It's just a solid little series of cooking shorts set in the Fate universe for some reason. Watch it if you want. It's nice to put on when you're sick and you just need something pretty because your brain can't keep up with lots of stuff happening. I'm gonna get into Fate, come back in a year, and see how I feel about this anime and how funny this review is then. Revisiting my initial thoughts about franchises always makes me laugh. My initial impression of Steven Universe was that "Pearl" (Amethyst) was way too loud and annoying and Steven was optimistic to the point of being creepy--which is hilarious, because that's exactly what your first impressions of them are supposed to be. I also didn't know what poofing was and I thought the centipeetle just fucking died brutally lmao. "Monster Buddies" is NOT a good introduction to Steven Universe.  (why do I have a habit of rambling about Steven Universe in my anime reviews?) 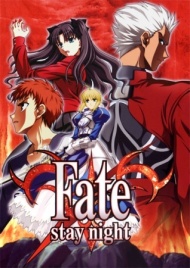 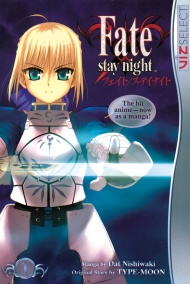 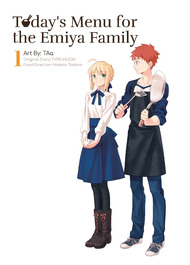