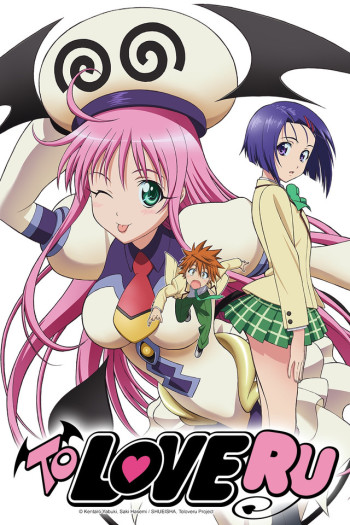 XEBEX, XEBEC, XEBEC. What the fuck. Another one? I mean, I'm not complaining as a man, but, why? I mean, how good were your views? I don't know.

To Love-Ru OVA, for the most part, is like the first season. The story is um, wait, there is no fucking story. It's basically just one episode stories that revolve around Rito and his harem of scantily clad women. Even so, :)

The animation quality for To Love-Ru OVA improved greatly from the first season. Like, the first season, in my own opinion, was "kill me" bad. This one was "I like it". The opening for this season as well... that was some quality animation there XEBEC.

Oddly, along with the opening sequence, the opening song for TL-R OVA was actually likeable to me. The ending is still shit though.

TL-R's characters tend to be mostly bland characters. The creator basically took every kind of female in anime, shoved them into his story, and then made them like one character. Like, literally, that's all it is. OVA just expanded on that- with random introductions to characters.... like the first season. Damn XEBEC dudes be high.