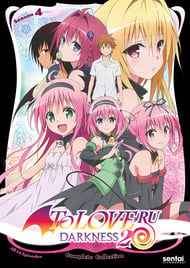 Rito Yuuki's latest close encounters are starting to resemble a straight out invasion! While intergalactic romance is out of this world, attracting such high voltage vixens is not unlike being a fork stuck into an anti-matter engine to retrieve a plutonium bagel; it definitely messes with your head and heart. Rito struggles to grasp how he can love more than one girl at once, all while his inability to confess to his human paramour, Haruna, causes Devilukean Princess Momo's Harem Plan to come to a standstill. On top of that, the transforming assassin, Golden Darkness, is still interested in killing him, but she has her own family issues to deal with. Not to mention, a different darkness lurks among the innocent pandemonium. Things are just as out of control as always, but danger is on the horizon!

Based Off 6 out of 12 possible Episodes. Also, Will be Done when season is finished Airing. If You've read my last 2 reviews in regards to earlier season of To Love-Ru, then you should know by now that i adore this series with a Passion. Also, In my Darkness review, I stated that I hoped that Darkness 2nd would make an Improvement from the last Season (not Darkness OVA). And from what i've seen, that's exactly that they've done. Starting Off, Story. The Story of To Love-Ru has expanded and has been brought back to life. Even If the 1st episode did Side-Track a little bit, they furthermore got our interests back (not me, Was interested and hyped to the Max!!). I'll be honest, i've seen more Cliff hangers in this season than i ever seen before in the other seasons combined, that were quizzing to me, and little emotional i guess you could say. What about the Cliff Hanger from the 2nd Episode? I had atleast more than 10 Prediction's as to what would happen after the events that took place form that episode. As far as Characters Go, Little dissapointed and also F****ng Happy and cheerful to the extreme. Dissapointment wise, It's due to the fact that Lala is not considered as one of the Main Characters, or the Main Female Protagonist for that matter. I mean, she was the main idea and reason as to why Rito is living his life as it is now. That's just my thought anyway. Also, Haruna, F*ck-all Appearances from the last few Ep's (episode's). Again, One of the Main Protagonist's from the original season and She is the woman whom Rito adores and loves, but won't build the courage and testosterone hormone's to even say the slighest thing to her without hesitation, or even stand next to her for that matter. Now, to my cheerful reasons. 2 words; Master Nemesis. I have been waiting since the 1st Season for her appearance in this series, and she is finally apart of the Cast of Characters (Not that she was already). Plus, on a positive note, Nemesis, is everything you would've wanted. I thought she was going to be more discreet and to the point, while always having a dark and hateful personality. But no, Surprisingly enough, she turned out to be a cheerful, straight-up Loli (yes she is a Loli. dont bother arguing, Please.) Which is my favorite out of all. And i'll be honest, Nemesis remind's me of a much more cheerful and happy Tsukiko Tsutsukakushi (From Henneko - The Hentai Prince and The Stony Cat), don't why but i am.

This season continues from the first season of Darkness and feels like a good improvement. We continues on with what we know and love about To Love Ru - lots of ecchi, comedy, boobs, and the ultimate harem goal. The falling of Rito is a science by now with no shortages on that or getting into unintended situations. We finally see a new character enter the harem and she sure is cute. Being dominant and seductive she fits right in and has an awesome outfit, hair style, hair color, and unique in being an Asian based loli compared to the rest of the cast. The shapeshifting abilities she comes with are used completely to her advantage. For this season we are focused heavily on Rito of course, along with Momo, Yami, Mea, Nemesis, and Mikan gets a bit more bold. Momo has become really bold though and is not holding back at all. A favorite, Yami, is put into the spotlight finally and a big part of this season. There will be a big surprise in store for fans toward the last episodes regarding her. A lot of the main cast we are more familiar with become more secondary this season however, although for me personally this set of characters are much more interesting with stronger personalities. The story isn't the most epic, afterall, this is a heavily ecchi based and mixed in with the random antics of their day to day lives. It does get interesting enough though about the darkness concept with a large event to follow surrounding it. It is quite well done and interesting, so this season is not just eye candy. Granted many will watch it for just that and you will not be dissapointed either way. Even though it is intended to be a pervy anime, the coloring and sound feels warming and lively, combined with the day to day life making it a happy, warming and fun anime. The creativity and ability of the wacky random scenarios, both real and imagined are amazing and keep it funny throughout (that catpaw on the train scene is just too epic, this required some talent to come up with given the circumstance). The To Love Ru series will always remain a top anime for me and not purely for the eye candy or even half the reason. The characters are just plain cute, great art quality and just makes you happy (not to be taken in a pervy way). If you liked the past seasons then this one is just as good or better. Make sure to watch the uncensored version as that is how the anime is originally intended to be viewed. *This review is also based off of episode 13/14 which are the ending for the season but  oddly are marked as a special on Anime Planet.

Its story are above average,and i know most of us watch this anime dont care about it story anyway(I do care about story).The art is very good,you can see that it improve a lot since it first anime.Sound i dont know much about it but still seem good for a normal anime viewer like me.Characters Yuki Rito the harem king in this story does change a bit in attitude since the last few series.But sairenji and lala are appear less in this story(i know you guys may say darkness is main target for yami san but i still like sairenji more(regardless what happen with the artist marriage problem).In Conclusion,I will say this is a good anime to watch alone in your room and remember to close your door.WITH that say,I see Good EChii moment i give a like.1 point less because it was NOT happening on ME.THanks 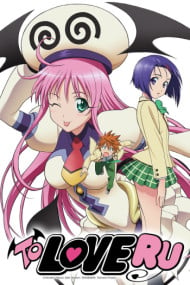 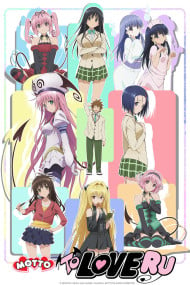 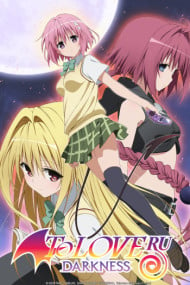 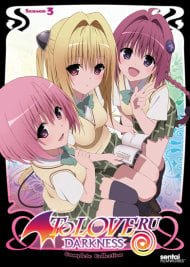 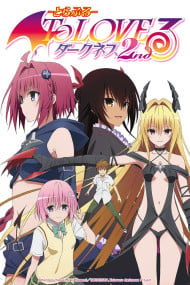 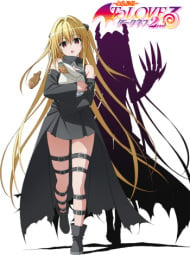 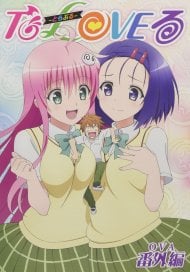 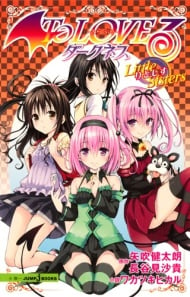 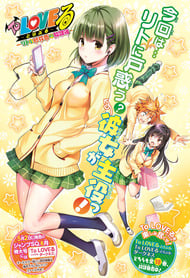 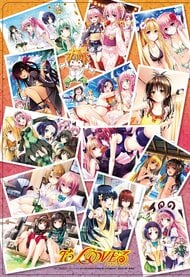