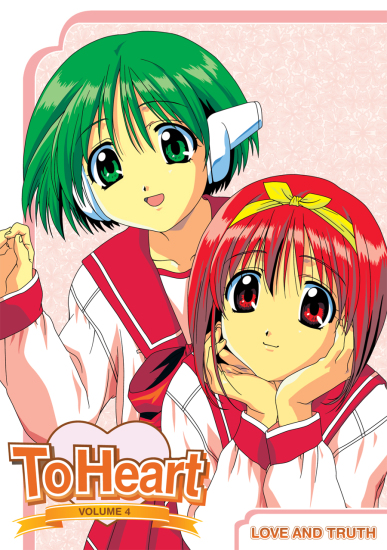 Story: I'd heard a lot of good things about series 2 of this, so I thought I'd watch series 1, even though I'd heard it wasn't as good as series 2, but in all honesty I didn't expect it to be so bad as it was, and I'm not a harsh judge, I usually rate quite highly, but this is the one exception. This kind of story I usually just eat up- being a total nerd and loving my life at school, stories of high school, everday adventures and blossoming romance I just eat up, but the story in this I waited the whole series to see (Thank the lord it was only 13 episodes long, I was dying by the end of it) and when I finally got to the end, after slaving away to finish this series, the ending was a dissappointment for me and didn't fulfil what it seemed to set out to do at all. The pink haired main girl and the main guy, Hiroyuki, spend all the series planning to confess to each other, nothing happened throughout all the series, then in the last 5 minutes of the show they confess. But was it a heated, pulse-quickening confession? No, I'm sad to say it wasn't. It was more of a casual conversation then a quick ''Oh, by the way I love you'' and then the other character was like ''Oh yeah? I like you too'' then they went back to casual conversation then BAM! Ending credits. And thats about the only story in it.

Animation: This was about averagae-not amazing yet not bad, just...average. Close ups of the faces of the characters looked quite impressive, but like I say, nothing to shout about. Its nothing superb by any means.

Characters: These were one of the things what also made this anime drag on, despite being so short. The characters, although a good range of them, were all the same: boring. The only thing that stuck out about the main girl was her hair, her sporty best friend was just ''meh'' in my opinion, and Hiroyuki just irritated me throughout the whole story for having such an ''I can't be bothered'' attitude toward EVERYTHING and anything. I really don't see what Little-Miss-Pink-Hair saw in that guy. The only character that showed any minor promise to me, and other people who watched it at the same time as me when reading comments on other websites, was the little green haired robot girl, but even then I can't remember her name. She was the only one who seemed to show an inkling of personality, but her screen time was limited.

Overall: This anime really isn't anything to write home about- theres almost no story, and not in a good way like Azumanga Daioh or Lucky Star, this is definintely in a bad way. The characters have no personalities and all I can say is, I really hope ToHeart2 IS better and doesn't make the same mistakes its predecessor did. 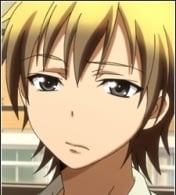 Watched the whole anime in about a week or something. I've loved this anime but infact it hasn't fullfilled my needs for a romantic anime. I don't know .. I was really hoping all the time to get the two mainchars together but they seem like they don't wanna :/ .

Kinda stereotypic story. Not thaaat good, could be better. 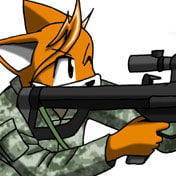 For all that I heard about this anime I sort of expected a masterpiece, but as with Cowboy Bebop I didn’t hold my breath, and thus I was not disappointed when it wasn’t. Though I am still wondering why this anime in particular is held in such high regards amongst the diehard anime fanatics, I still would recommend this anime to anyone. I really have only two complaints about this show: One, although it ends appropriately, it does slow down at the end loosing the lightheartedness it held though most of the series. Two, from an artists perspective, most of the show was done well, but sometimes I’d run into low frame-rates, re-used stock footage, and static imaging. Though it really doesn’t detract from the story, it is a lazy shortcut animators take to cut costs and speed up production. Overall I’d have to say I thoroughly enjoyed watching this series. Once more props to the Japanese voice actors for their effort, and to the artists for clean, solid artwork throughout the series.</small>

Hi guys and gals..Do you wanna know how it is to sit inside someone's ear and spend the rest of your bloody life doing nothing but just that?Well luckily for ya there is an anime called To Heart.

Word of warning,this review contains excitement and swearing and some really really graphic sadistic fdescriptions.With that onto the review of this...I dare not call it shit cause that would be an insult to good shit or even bad shit..This has taken the idea of endless boredom and went all the way to 11 or 789 by the looks of things.

Stupid name,stupid anime,stupid stupid me for watching this shit without having a spoon around so i can slowly and painfully take my eyes out of their damn fucking sockets.Honestly i'm not being captain dramatic,i wish i had the strength to cut my wrists and watch my blood dripping on the floor instead.It would be better to take a chainsaw,cut my leg and beat my self to death with it.THIS IS HOW BAD THIS FREAKING ABOMINATION IS.

And looking at the tags i have to wonder...Who the fucking hell thought this was a comedy?Who?A carcass perhaps?Someone with the aesthetics of one?Drama?I wish there was cause at least there would be something to indicate a sign of life.Romance?Seriously?That was Japan's idea of romance?Based on a game?????AHA now we're talking...Now it all begins to make sense..BASED ON A FUCKIN GAME...I should point out that i haven't played the game and i'm not going to either but i cannot begin to imagine what the game was like for this anime to be so freaking boring.

Story?No story whatsoever.Absolutely none at all.It's just the girl of the week thing where some girl has some trouble and our cast solves it.And it may sound somewhat interesting but trust me it's not.Cause the way the "drama" is delivered lacks in everything.And it has to do with the characters mostly.The way they're acting is like they force fed them sleeping pills and told them to go out there and do it.Every single movement every single word they utter is in slow motion.Kinda like watching an old man with arthritis getting up from his chair.It's slow and painful....And come to think of it they can't even be described as characters but to hell with it i'm feeling generous today.

Mins into the first ep,that is the very first,the intro,the one to sing the blues...And what do we get?A male MC who is sleepy..And stays that way for the rest of the series.A sleepy character who wonders what the fuck he's doing there in the first place.The female MC has no features.It's just the redhead following around the male MC for some reason science hasn't STILL found an explanation for.And if you think this cannot possibly get any worse.....Oh wait for it..They have a scene where for,i think,10 mins they show a scene of 2 characters ripping a piece of paper..Yup just that and only that.And that was just for seating arrangements..10 mins of the same thing over and over and ov......Zzzzzzzz.

Yes you might say,but this is Slice of Life...Yeah but if the slice is as boring as watching a snail do drag racing then what's the freaking point?I can watch my nails grow for that matter.But that was the 1st ep right?What about the next..Oh they stepped things up by showing Akari the female MC brushing her teeth for what felt like an eternity.Oh and get this...We come to learn that her dream was to sit next to the male MC whose name i can't be bothered to remember..Her dream....To sit next to.....Him........How much do you want to see that?You're probably on the floor squealing like a pig in heat..

All in all there were 1 or 2 things good with it.Well there had to be really.Nobody can make an anime where absolutely everything is shit from top to bottom.That said even these 1 or 2 things couldn't keep me awake.I started watching this 11 years ago and midway through i was fast asleep for 2 years.11 years later i finally managed to finish it.And was it worth?Yeah i finally slept like a baby bear but also lost my youth.Is that a price worth paying for?Abso-fuckin-lutely not.Just watch something else.Watch Boku no Pico.Be disgusted not brain dead.