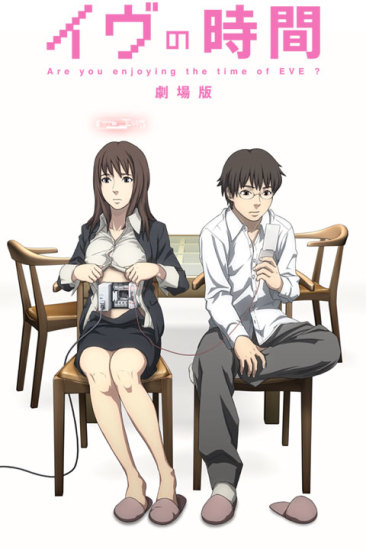 This movie is just all the anime episodes stucked together, therefore it doesnt add much to the entire 'eve no jikan' thing. So if you have watched the anime, no need to watch this movie. If you havn't, the movie is better if you want the whole story in one pice. The animation is very nice, with detailed backgrounds and fluid character movements.I gave the story an 9 because after it was finished I was a bit in a 'we want more' mood, so no 10 here. The story is done so you realy feel along with the characters, which is good of course.The characters got an 8 because some of them didnt develop as much as others.Sound was very nice, credits were compared to the anime a bit worse, so hence the 9.EDIT: Review edited after being called retarded. After I saw the entry about the movie I was very happy, "finaly, more eve no jikan!". So once I found out that it was exactly the same I was angry and wrote this review, I hope its a bit more 'normal' now.

Secret Santa 2014 Review: Eve no Jikan Movie Story 8/10 Androids live alongside humans as their partners in day-to-day-life; but their burgeoning sentience is not recognized by the populace at large, so they're mostly still treated as menial labourers. And at least one radical group with some influence has an interest in keeping things this way. But where do those robots go when they're... for lack of a better term, off-duty? In Time of Eve, we take numerous visits to a special cafe wherein androids and humans are held as equals, and the androids seem to be developing their own personalities to fit the new role. Focusing on events in the cafe, Time of Eve is very much a slow build, and unfortunately the payoff isn't quite strong enough to warrant the journey. Said journey, on the other hand, is relaxing, clever thought-provoking, surprisingly funny, and highly engaging, and makes interesting use of the laws of robotics in an unexpected context. The feel of the story having been made to use an episodic structure comes through, but in and of itself this doesn't detract from the flow of the film.  Animation 8.5/10 Understated, but fluid and very well done overall. Colour palette is muted, which seems to fit the overall style of the film. The main set, the cafe, is appropriately unassuming for a subversive locale of clandestine meetings, but all of the elements come together well. The robot designs are excellent, and what little we see of the androids makes me curious as to their inner workings as well, which I would term a success. Sound 7/10 The score is very sparse and spare overall. Kind of disappointing, particularly in a feature-length film; I can sort of understand in a fairly contemplative and dialogue-heavy show not wanting to overpower the discourse, but you can try a bit harder than this. The voice acting fluctuates in quality as well, but there are some definite emotional moments which are successfully hit. Overall, the production takes a hit here, but not enough to spoil the fun. Characters 8/10 Quite strong overall. Both the android and the human cast members have a lot going for them, and it says a lot that it's often difficult to tell the two groups apart. The biggest flaw in this category is that the show mainly takes the form of 'snapshots' of life among the cafe-goers, and most of them don't get to develop too much in the course of the story. Those that do have satisfying arcs, however - even one robot with less than 20 minutes of screentime manages to make his final moments meaningful, and both of the main characters grow a good deal over the course of the show. Overall 8/10 Sci-fi slice-of-life is something I haven't experienced a lot of, but Time of Eve pulls off the idea well, exploring hard sci-fi concepts with surprising finesse in a very compact format- almost like the visual application of the concept of the short story collection, which puts me in mind of I, Robot immediately - a positive connotation for a work in this genre. Yes, I enjoyed the time of EVE. 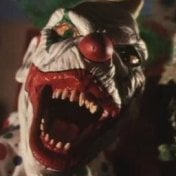 I've seen quite a few movies and shows that deal with the interactions between humans and androids and what happens when those androids start becoming self-conscious, but none have done so in a way as thoughtful, mature, and nuanced as Eve no Jikan, and in only 105 minutes. There's no extremist apocalypse or dystopia like you'd find in A.I., I, Robot, Blade Runner, or any other Hollywood sci-fi films. No hyperbole, but no sugar-coating as well. The animation and music do a serviceable job. They neither detract nor distract from the story or the characters, which is where it really shines. I loved the story. As I already said, the themes aren't new, but the way it's handled was refreshing. There are no gunfights and battles between humans and androids, no android revolt against their human oppressors. In fact, this is simply a story of Asimov's Three Laws of Robotics taken to their uniquely logical conclusion. The way the main characters dealt with what they saw at the Time of Eve café and how it impacted their wordlviews seemed very real and genuine. By that, I mean that how they reacted, the things they did and said, their prejudices and how they changed, came across as how I myself and the people I know would behave faced with the same situation.  As for the characters themselves, all had something hidden or secret about them that brought you in. Just like how I'd love to see how the larger story plays out, I really want to see how the two main characters and all of the secondary characters continue their lives and work through the little bits of them we're introduced to during the film. I don't want to say too much and spoil anything, but I only have one real complaint about the story and it's characters: this movie left me wanting to know so much more about them and the world they inhabit. In short, the story is too short. I want sequels. Lots and lots of sequels. 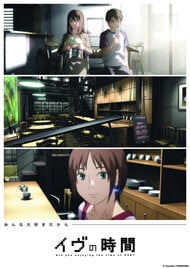 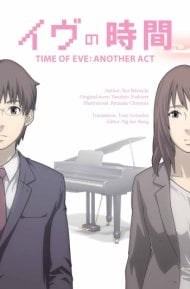 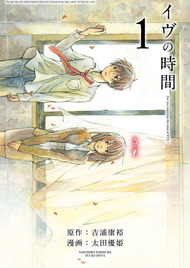