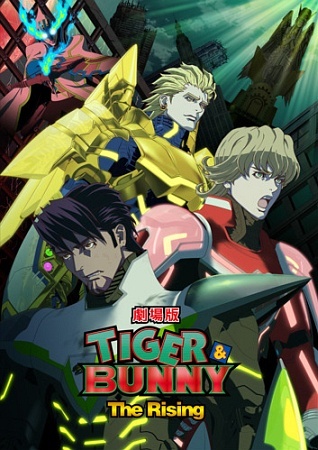 I wanted to continue my Tiger & Bunny kick and I'm happy I was able to watch this one. It was a little better than the series, who are we kidding it was just as good. Takes place after the end of the series with a pretty straight forward plot. More action and a little more drama. =-)

Animation was so much better, the opening credits was a good change from what I had already seen and also introduces the newest character into it as well. Everything shown was so much crisper and bolder, fight scenes were wonderful to watch as well. Sound throughout the movie was very well done and both ending and opening theme was something good to listen to.

Characters were just as interactive and fluid as in the series. Lunatic had even more screen time, which I was happy about. Golden Ryan was alright, had a cool power and I thought worked well in the movie, but just in the movie.

Overall I think this is a good watch especially if you watch it right after the series.