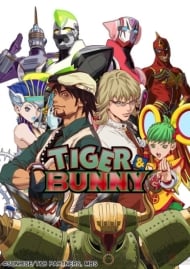 T&B is basically a buddy cop show with superpowers, coupled with a theme of multi-national corporations working as their sponsors. They pay for the expenses of a hero’s costly equipment, and glamorous lifestyle. In return, they advertise their products and increase the sales. That means you get lots of product placement like PEPSI and BANDAI, which unlike Pizza Hut in Code Geass, is excused in-series. The introduction to the setting was close to amazing as each hero needs a manager for his public relations, as well as to maintain popularity by being cool in the eyes of the audience. Heroism is more about entertainment than protecting the world from villains, and I was really interested to see where they would go with such a premise. It could be about the exploitation of marketing, the vanity of commercialism, or the façade of a secret identity. Sadly none of that happened. The show belongs in the same vein as One Punch Man and My Hero Academia, that is, making a comical version of western superhero stories, with a few hints of getting serious and dramatic that are quickly rendered meaningless. As soon as they set the stage for an aging hero who lost his glamour and wants to do a comeback, everything turns to a semi-episodic comedy, filled with breezy missions and not much exploration concerning the premise of superheroes being the same thing as superstars.It’s not like there is no redeeming value, since the show spends a lot of time in showing us the lives of its characters instead of being a braindead storyless action flick. Each one of them has a life outside of being a stereotype that needs to look cool in front of cameras. Everybody gets a decent amount of fleshing out. Too bad it’s not used in an overarching plot, or doesn’t play any part in their superhero missions. And boy, are the superhero parts bad. They are just poorly orchestrated action scenes with bad CGI, no sense of choreography, and easily defeat-able villains. They are more silly than exciting and they end up damaging the show by making everything feel stupid. If the show is supposed to present more down to earth superheroes, it is all ruined with villains who toy with the heroes instead of killing them, and improbable comebacks that have no consistency in power scaling. An energy beam that can blow up a powerful robot in one scene, doesn’t do shit when it hits a hero in another. Also, the superpowers are abused way more than they should. Even if you like the characters, when you have powers like mind control and amnesia, their personalities mean nothing. They are puppets that behave in any way the plot wants them to behave. The final conflict was cheap since it was basically a villain mind controlling the heroes to fight each other, and the resolution was lazy since all it took was using a superpower than negates other superpowers. There was no strategy or diplomacy, and on top of that it was forced.I liked the premise, but the presentation was random nonsense. There is no tension or drama, and it’s not rewarding when resolutions are all about deus ex machinas instead of wits and personal choices.

Superheroes in general has got the impressive resume nowadays, starting from animated and live-action shows and comics like Superman, Batman, Justice League, Wonder Woman, The Flash and now today, they are part of the every medium, such as movies where many of the all-time highest grossing movies happen to involve superheroes including this one (well, two) movie(s) in 2012 that happened to earn $1 billion worldwide and it really has an appeal out in the western world so how will anime be able to do that subject well? Well, let’s just see right here right now. Sternbild City is home to people called "Next," who use their special abilities to protect the people as superheroes. These heroes solve cases and save lives so they can wear sponsor logos or acquire "hero points." Their activities are documented on the popular program "Hero TV," which picks the "King of Heroes" in a yearly ranking. The veteran hero Wild Tiger has always preferred to work alone, but now he's been assigned the rookie Barnaby Brooks Jr., who has a different perspective on being a superhero. The thing with Tiger and Bunny is that it has the elements of a buddy cop show but takes out the cop element and put in superheroes with the added-in element of reality TV, which I was okay with (considering my disdain for reality TV) and it was an execution in that it succeeded for me. I dug the premise of reality TV superheroes although I get some problems including why there is product placements posted on their costume but that’s for them to get some publicity and of course to make some money, as some aspect turned more into business than just doing it because it’s the right thing to do. For characters, Kotetsu T. Kaburagi aka Wild Tiger is the old-school veteran superhero, who of course is eventually way past his prime and is losing popularity to the other growing heroes and I definitely saw Tiger as that guy who knows his stuff about being a superhero and can be noble about it but unfortunately, Tiger has this problem of trying to be a father but fails to do it whenever it involves his daughter Kaede and him failing to do with fatherly duty. Barnaby Brooks aka Bunny is the new shot rookie partner for Tiger and basically, he’s Tony Stark and Bruce Wayne combined but Bunny can be a bit arrogant and a bit of a diva to the point where I don’t give a fuck about him but thankfully, he was as unbearable as that TV producer Agnes, who was a major bitch especially when it involves the heroes saving people’s lives and use their advantage for ratings and I wish I can talk about the other heroes but they weren’t covered with much character development such as Blue Rose, Sky High, Dragon Kid, Fire Emblem, Rock Bison & Origami Cyclone. I would have loved to watch more of their stories and they do get an episode centered on each of them but only one episode but I hope that someday someone in Sunrise thought about expanding more of those characters. And speaking of Sunrise, they were the ones who were in charge of the animation and it is very impressive in my eyes. The CG didn’t feel too clunky at a few times but it can stand out on some times. Character designs are good as well and the art style has the futuristic but modern feel to it. The opening and ending songs were really a delight to listen to and it definitely fits the tone of the series. I can’t say which one I liked more but that means that I couldn’t find a thing wrong with that factor. For the dub by Viz Media & Studiopolis, which aired on Neon Alley, Wally Wingert as the voice of Tiger felt a little too young for somebody that was a veteran but it didn’t exactly bother me as his performance was decent and Yuri Lowenthal as Barnaby Brooks did have the sound of a young guy fitted into the right area though.  Other performances including from Patrick Seitz, Laura Bailey, Kari Wahlgren, Stephanie Sheh & Steven Blum as one of the major villains in the show were spot-on and impressive as well. FINAL VERDICT: For what is it, I can easily say that this show is worth checking out and may be even worth buying in stores. I think this could be one of those anime that can attract a lot of the western audience and can have a good time watching it. I solely recommend this series to anyone, especially people who are getting into anime. 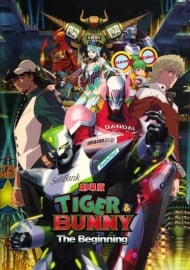 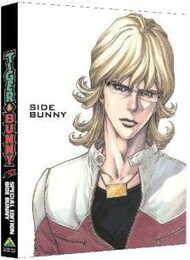 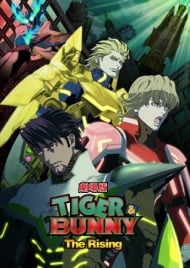 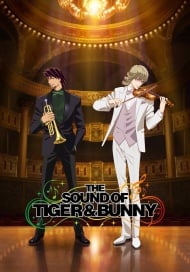 Tiger & Bunny: Too many cooks spoil the broth. 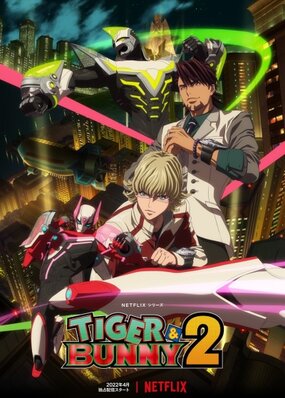 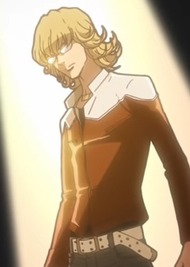 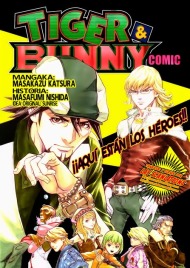 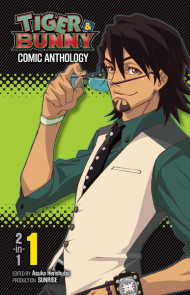 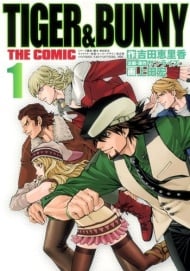 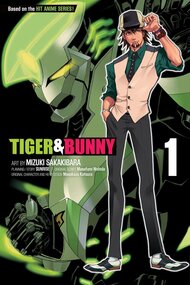 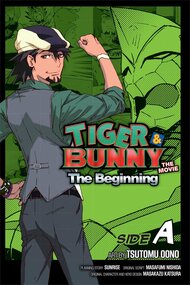