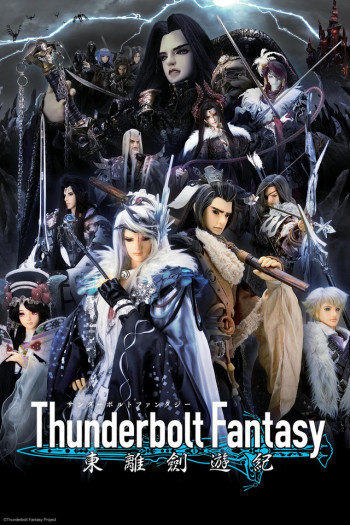 I don't really know what to say about this. As you can already predict the story is already a little bit cliché. what gives this anime some interest is its animation. I've never seen this kind of animation before so at first, I thought it was stupid it seemed like a Chinese or Japanese theatre with all the exaggerated moves and roles but as I continued watching it I found it to be quite interesting!

The characters' design was really good in my opinion although (like I previously said) have some exaggerated moves it is good.

but if you want something different to watch I recommend it! XD

I loved this one. I walked into this one thinking “Ok, something different, I hope it doesn't suck.” After about the third episode I deemed non suckage and enjoyed the whole season! Pretty straight forward plot with some twists. Was a good journey to go on.

Animation was great. Even though it was done by puppetry it did incorporate CGI stuff for magic and abilities. Sound was equally great. Awesome beginning theme and continuous in story music.

Characters came together very well, even though some had their own agendas and made different choices, each character ran smoothly with others.

Overall I loved this season and can't wait to watch the second one, recommend this to everyone.