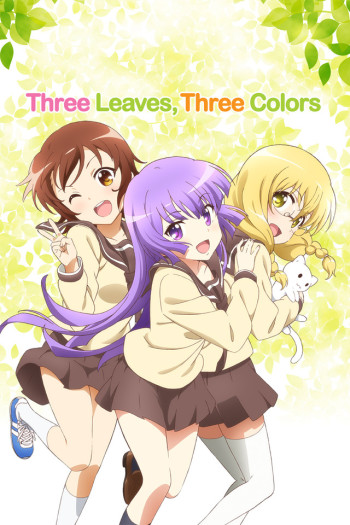 One day out of boredom, Tanaka decided to give her classmates nicknames based on their quirks. Her friend Sakuchi became "Ota" for her nerdy interests, and her other friend Saginomiya became "Robo" because of her expressionless personality. In retaliation, her friends decided to name Tanaka "Baka". These are the ridiculous days of three high school friends claiming (or not) the height of their youth.

"Be pure! Be just! Be beautiful!" That is Tsubaki's motto! She's cute and tries very hard, but her clumsiness often takes the better of her. Aiming to be a graceful woman in the future, her ideas clash with reality!

Hatsune Takanashi is a girl of simple tastes. Curry and friends are among her favorite things, but more than anything, pudding is her true love in life. She’s begun her new high school life at Kitsuka Academy, an all-girl boarding school high atop a mountain, and is looking forward to making new friends and eating some great food. Hatsune is guaranteed to have new and exciting experiences, but with a grade-schooler house mother, a mean rival who uses fermented soybeans as her weapon of choice, and a foreign exchange student who doesn’t seem to understand how clothes work, her new school life is sure to be interesting …

At Tennomifune Academy, students with "negative karma" - the kids who are practically weighed down by misfortune - are all collected into one place: Class 1-7. On the first day of school, Ruri Hibarigaoka (Hibari) meets fellow 1-7 classmates Anne Hanakoizumi (Hanako), a girl up to her ears in bad luck, and the all-too-frail Botan Kumegawa (...Botan). These fast friends just want to have a fun high school life, but are they pushing their luck...?!

A Japanese high school can be a strange place - or so it's been told. However, as critical thinking is not the strong point of our freshman heroine Eriko, even the most outrageous stories are likely to come true. Going through the motions of high school life with a flair and panache that can only be gawked at, Eriko and her old and new friends set a new (low) standard for the typical coming of age drama. Cry with them as they fight adversity and learn the importance of trust and friendship in this cruel, cruel world; laugh with them during the incomparable happiness of the seemingly never-ending springtime of youth; and finally, laugh AT them, when they constantly manage to show their panties in public!