This Boy Suffers from Crystallization - Reviews 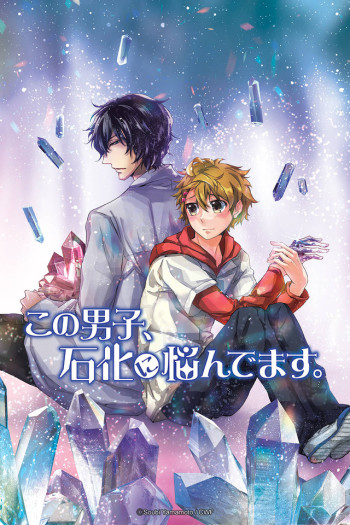 The animation is stunning, no doubt, however I can't get over the pedo vibes this gives off. Maybe if he was held back 3 years and wasn't drawn like a middle schooler this would be better, but nope, it's just a teacher and a kid who got held back by 1 year. Itbwas extremely uncomfortable to watch and I only finished because it would bother me if I didn't.

This is my very first review for this website, and for starters I'll warn now it won't be very good! The typing may be too small, the summary not creative, but I did warn you it's my first. ;)

Kono Danshi, Sekka ni Nayandemasu was a very cute little short about half hour watch. If it'd been any longer, I'd say it was  a complete waste of possible productivity. (As if I was going to get anything done! HA.)

Though it was very cute, it was very dull, generic and hard to watch. Throughout the entire thing I was having to remind myself on and off to keep my eyes on the screen.

You need to watch more Yaoi/Shounen-Ai than anyone in the planet.

NO, stop playingwith  that!

Sadly, yes, that is how most of it went.

My main thoughts on this are exactly as I will say: It didn't grab attention. It feels as if the makers were trying their very hardest to keep the audience at bay, but couldn't. The characters (yes, even the protagonist) had little to no backstory. If one person had gotten killed off, no one would have felt the slightest bit of greif. I did, though, enjoy the character designs. The relationship ends up between a student trying desperatley to fit due to a disorder and the school nurse/doctor who cares for him deeply and has become a good friend.cute

I'll admit I didn't pay much attention to sound so I left it at a rating of 8.

The story, was pretty cute and did give a reason for the two love interests to come together, which is nice.

The main thing that boosted my rating and respect for this way up, though, HAD, HAD, HAD to be the art. The art was more beautiful than in most of the anime I had ever seen! Perhaps due to purposely only being a short half hour long clip, but it doesn't matter. Anyone willing to put that much detail into  the art deserves high praise. (Especially around the end scene in the 'Garden')

Overall, I was very bored, but if you can kill some time (or just really love shounen-ai) you should definetley try it!

Simple story, with simple characters, and simple animation. All in this short is simple, and that's its main strenght.

The love story was very cute, and as always, I love the work of Soubi Yamamoto with the ambiance, the drawng and the design. It's like a book for children, and I think this kind of naivety is the very important in the image I have of this short.

I can't say I don't like it, but I can't deny that the low budget is omnipresent, and it's a pity. The short has a real soul, and I'm sure it was made with a lot of love and passion.

interesting animation style as in the other short stories in this series, but the plot and characters in this were the weakest and least interesting yet. uncomfortable pedo vibes are played off as romantic and there really seems to be no good reason for either of the main characters to like each other, let alone fall in love. there's so little chemistry between tamari and his sensei, it's fortunate the animation style is so eye-catching - but even that is wearying after the first ten min. it was a long, long 27min.

What I Liked: The layered, mixed-media feel to the animation and backgrounds. The Crystalisation Syndrome, which acts as a brilliant visual metaphor for Tamari's social anxiety. The character designs are cute but simplistic. The (admittedly) barely-there soundtrack.

What I Didn't: Characters change model frequently and it can be off-putting to some viewers. Pacing could've been better. Mr. Onihara's issues with betrayal (which don't come to light until the second half) make him come off as just being a possessive blockhead.  The plot is reletively shallow and corny, and suffers from an unsatisfying Everything Resolves Itself ending.

Final Verdict: Visually stunning but lacking in the plot department, this third installment of the KonoDan series is a simple story about a boy, his illness and his teacher. While it does a decent job of depicting social anxiety (and is quite pretty to boot), ultimately it's nothing more than an inoffensive by-the-numbers shounen-ai tale that you've likely seen many times before.