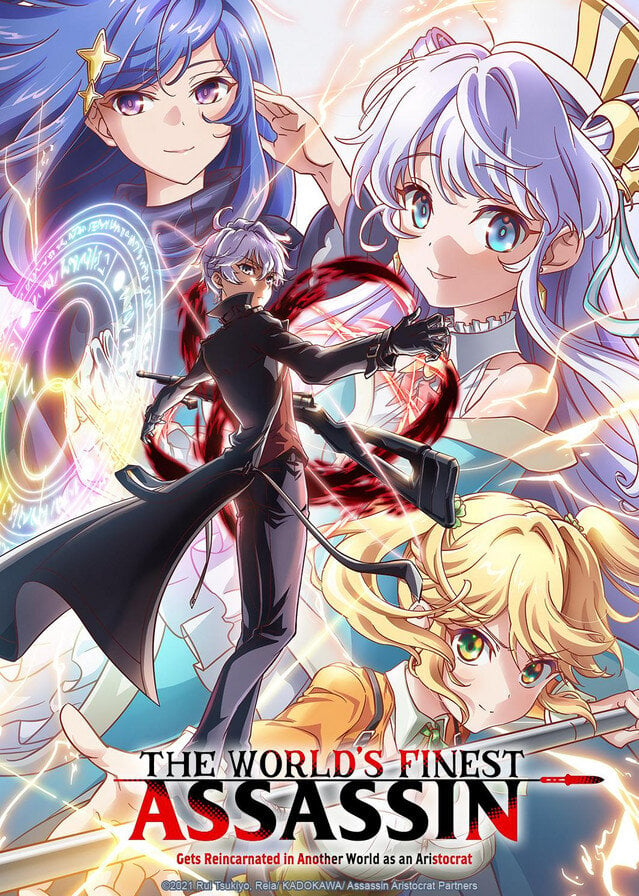 If you're looking for manga similar to The World's Finest Assassin Gets Reincarnated in Another World as an Aristocrat, you might like these titles.

Kaoru Mochimizu, a 30-year-old female research scientist who studied the three-dimensional structure of everything. However, one day, she died in an earthquake and met a goddess. Having covered for her kouhai during the earthquake, she was allowed to reincarnate in another world with two skills. Kaoru Mochimizu is now Charlotte Elbaran, the eldest daughter of a Duke in the Kingdom of Elida, on Planet Garland. With memories of her past life, and taking advantage of the skills "Structural Analysis" and "Structural Editing", she will live a good life.

As a result of a god's mistake, Sho prematurely dies. He is reborn in to another world as the oldest son, Will, of a highly distinguished noble family. One day, he crawls into his father's library and finds out that in this world magic exists. He tries to use magic, and to his astonishment, finds out that he has a cheat skill that increases his magical abilities and enables him to use all the elements! A fantasy about a former Japanese high-school genius who can wield magic like no other!

Yukari Tachibana, a normal high school girl who lost her life in a traffic accident. Upon waking up, she found herself reincarnated as the daughter of an Earl in another world! In spite of that, the family she was born to is quite poor. In order to improve the conditions of her second life, Yukari begins to use knowledge from her previous life...?!

An old person who has piled up good deeds in Japan reaches the end of his life, and is reincarnated into another world as Lean Olgott, the grandson of a certain king. One day, the boy, who was raised showered with love his family, noticed that he had been bestowed the title The Child Loved by God. He disregarded it for a while, but gradually, the abnormality of his own abilities became evident. Magic power that far surpasses that of ordinary people, conversing with plants……. the cause for all of these, as expected, was that title! One night, Lean Olgott, who wished for a peaceful daily life, was called out by a legendary sacred beast, and life completely changed–!

Kaede, an online-game enthusiast, fell asleep in the middle of playing the game through the nights and awakes to find himself in a different world. Kaede determines to fully enjoy this world using Swordplay and Magic-Cheat ability in his hand. His name becomes well known as an adventurer with Magic-Cheat; he starts to receive risky offers. Further, the mysterious pretty girl, Elf, becomes acquainted with Kaede. His storm-like adventure, begins!!

Chronicles of an Aristocrat Reborn in Another World

Michio Tsuchida, a 35-year-old single man. One winter, while returning from the office, he got stabbed by a kitchen knife in the process of saving a girl. The pain of stabbing spread throughout his body, making him lose his senses. The next time he opened his eyes, he found himself as the fourth son of a viscount in another world.The story is about a reincarnated boy who enjoys his new life while using his past knowledge to reform his territory.

Re:ZERO -Starting Life in Another World- Chapter 4: Sanctuary and Witch of Greed

After the battle against the Witch Cult's Archbishop of Sloth, Subaru is set to reunite with Emilia, but new trials and tribulations await. As another chapter unfolds, Subaru heads toward the holy territory of the Witch.

Myne, who was aimed at for her magical power by nobles, decided to part ways with her family and friends. Renamed "Rozemyne" she starts a new life as the adopted daughter of a lord so that no danger will befall those important to her. However, her days in the noble society were harsh. In addition to intense special training to learn ceremonies and etiquette, the responsibility of presiding over the temple and the orphanage is heavy. It is too much for a sickly little girl... However, the reward for this from the head priest was "the key to the temple library!" A biblio-fantasy written for book lovers and bookworms! The third part begins!