The Vision of Escaflowne: The Movie - Recommendations 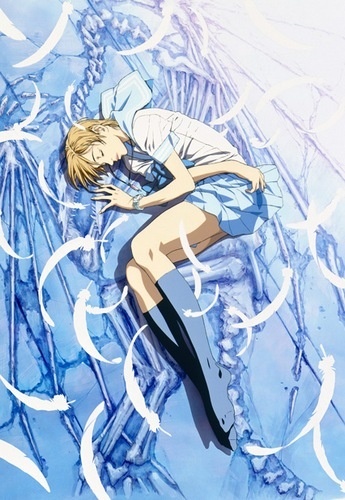 If you're looking for anime similar to The Vision of Escaflowne: The Movie, you might like these titles.

The Escaflowne movie took a small part of the series and magnified it to a degree that unsettled many Escaflowne fans (including myself, at the time). The result is a film that is much, MUCH more angsty and sorrowful than the original series. Because of this rather jarring transformation, the people who enjoy the movie and the people are in two distinct subgroups. Even if recommending sequels wasn't looked down on here, I still wouldn't recommend the two together. Anyway, with the rather noticeable turn towards a more downbeat note, the movie becomes very close to Now and Then, Here and There. Both shows are essentially artistic twists on the rather popular alternate-world archetype, and both end up being fairly depressing. 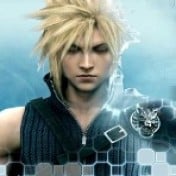 Both series are about a person going to a nother world. While in "Escaflowne" it's about a girl going to a world where she is thought a goddess, in "NaT,Hat" it's about a boy that goes to a world to help a girl that really is a goddess. Both have the main characters personal drama made evident during the show, "Nat, Hat" a little bit more. If your older you may enjoy "NaT, HaT" more and if your younger the other way around. If your at about 15-16 both are cool :D

This is another series where the characters get warped into the past and must fight to save the world from evil in a strange and forboding world full of demons. The fantasy world each is built on are fairly similar, as they are both mythical and have many interesting creatures. As well as the main girl is captivated by the young male figure from this other dimension.

This series is about a normal teenage girl who suddenly finds herself holding the fate of a world of fantasy, magic, and demons in her hand, as she is thrust 100s of years away from her home.

Himura Kenshin was a boy orphaned by the murder of his parents. Now he is the Hitokiri Battousai, the most feared and skilled killer in 19th century Japan. In the midst of a blood bath, he meets the love of his life, Tomoe. Will he continue to fight his enemies in a killing rage or will she sheath his bloodstained sword?

Now, having watched Escaflowne - The Movie you've come across a beautifully animated rather promising and rather violent anime. I bet you would like to have the same, except with a brilliant and beautiful story and with characters with some deepness? Well, watch Kenshin - Reminicense, that's all I can say.

They both have a story of a world that is in danger and someone who has to rescue it. 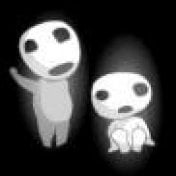 If you liked Escaflowne, they you should enjoy Spirited Away since they both feature a girl who finds herself in another world and has to "fix" it to return. Less action and no big fight scenes, but still very enjoyable. Also check out oher Ghibli films.

A young girl suddenly finds herself thrust into a strange new world of mecha combat, with her only protection being an overly serious ace mech pilot, and the strange abilities she possess that even she barely understands.

It is not just that these are movie retelling of respective series, but both are changed quite drastically.

I would say, that if you had not seen the series that connected the movie, you would not need to.

Both stories have a girl who is the major key to the story. There is a romantic notion in both, and the animation in both are of high movie caliber.

If you liked one, you would most likely enjoy the other.