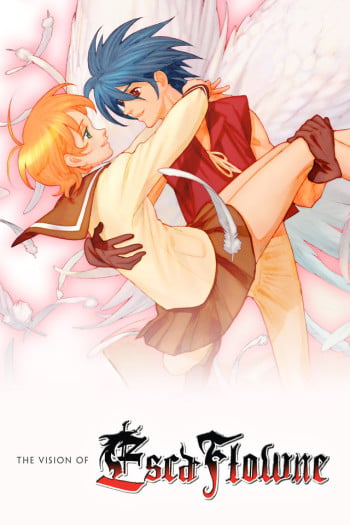 Let me start out by saying I rather liked Escaflowne, despite some of the harsh criticism I will probably give it. The characters and the adventure of it all were enough for me to overlook some of the minor flaws. Overall, I'd give it about a 8/10, for being an enjoyable and an interesting anime.  Story: (6/10) While some may protest, this is one of the weaker points of this anime. For one, the plot shakes a bit, especially towards the end. The plot twist involving someone's sister was so convoluted, I had to watch the episode twice to comprehend. The main point of the plot is that certain characters have world-altering mental strength tied to their very human emotions. One of these characters is a teenage girl. Off the bat, this is a bad idea. The land of Gaia is magical, and has an old world charm that is only broken by the use of giant mecha. Why? Because it's Sunrise, and they have to have mecha. The rest of the plot it taken up by the love triangle that really isn't a triangle because it involves most of the main cast in some way.   Still, the story line was enjoyable and always kept me guessing.  Animation: (7/10) Perhaps it was the streaming video player I was using, or perhaps my computer screen was a bit dimmer than I thought. In any case, several of the fight scenes were held on dark backdrops. My guess is this was done to add the horror of battle effect; it sadly failed to impress me. However, the rest of the anime was done beautifully, and is quality befitting the later half of the 1990's. Sound: (8/10)  Imagine a fight scene between two mechs, and in the background, Gregorian Monks are chanting the name of the main mech. That is pretty much the entire soundtrack to Escaflowne. the only reason I am giving the sound a higher rating is because of the opening and ending songs, which were both beautifully done.  Characters: (8/10)  The characters were probably the best part about this anime. The cast was colorful and intriguing. I would have liked to see some of the characters get more screen time, but such is the way of life. The background stories for the main characters provides them with wide emotional ranges. And since the plot is thickly set in the power of emotions, that's obviously necessary. The characters are flawed, and they have their secrets. They appealed to my empathy.

Vision of Escaflowne has something of a name for itself in anime history for being an an attempt to appeal to both shonen and shoujo demographics at the same time. Featuring mechas, swordfights, explosions, stuff burning etc. alongside bishonen male protagonists in a love triangle with the regular everyday girl from another world seems to be a lot of its selling point, and as a result, it's often fondly remembered as a true anime classic of the 90s. Escaflowne revolves around a teenage girl named Hitomi Kanzaki, an everyday ordinary girl who happens to like reading tarot cards. Or so that was the extent of it, until one day, she ended up being whisked away to the mysterious world of Gaia with a dragon-slaying teenage boy who was returning. As it turns out, Hitomi has ended up in the midst of a world about to break into full-blown war, as a result of the strange actions of the nation of Zaibach. The first, and most obvious problem, as you may have already guessed from the synopsis, is our main character Hitomi. She is basically just what you would expect from what has been said... a bland, overly moral cliché, existing mainly for the female side of the audience to project themselves onto, as she is paired up with both of our handsome bishonen leads. And unfortunately, they aren't anything impressive either. Van Fanel is an angsty prince who sees his kingdom destroyed at the start of the series, and if you just noticed the clichés rack up, you're not the only one. He also happens to be the one that Hitomi will obviously get paired with by the end of the series. He is balanced out by Allen, who happens to be a charming, charismatic ladykiller who excels in basically every field he participates in. He had the most potential of the three, but by the end of it he's honestly not all that interesting. Throw into this a number of annoying supporting characters (along with one who happens to be pretty awesome), and you have a relatively poor set of protagonists. However, this is mostly where the bad in Escaflowne ends. The plot in Escaflowne manages to be very solid, enough so to balance out the poor leading cast. The directing is even better, building some excellent scenes with solid action, mostly revolving around the mechas (referred to as Guymelefs). When talking of Escaflowne, you will probably end up hearing a fair bit about the Guymelefs, and with good reason. The steampunk design that they use makes them an excellent contribution to the mecha genre. In fact, the steampunk vibe in general is probably one of the most solid things about Escaflowne.On top of this, while the protagonists are rather underwhelming, the antagonists certainly fare better. Dornkirk, Folken, and Dillandau are a far better trio than Hitomi, Van and Allen, with the latter being quite firmly the most memorable character in the series due to being batshit insane. Folken is Van's brother, and has more than a handful of similarities to a certain Star Wars character (I won't say who, but you can probably guess) and I mean that as a compliment. And Dornkirk, the Big Bad, does sit back for most of the series, but can be rather menacing when he is directly involved, and provides some very interesting motives. From a production angle of things, Escaflowne was excellent for its time, and in technical terms it's still very solid, but unfortunately the art and animation have aged quite a lot. Most notably in the case of the infamous CG dragons. The character designs are clearly the thing that have aged the worst, though. Saucer-like eyes and misshapen noses are everywhere in them. The soundtrack is by Yoko Kanno, so odds are I don't really need to say anything else because it's freaking Yoko Kanno. The voice acting in the original Japanese is also excellent, with Maaya Sakamoto providing her debut role as Hitomi, and Minami Takayama gives a standout performance as Dilandau. Unfortunately, the dub does not even come close to shaping up. None of the actors involved really seem to grasp the concept of "acting", nor do any of them sound remotely convincing in their given roles. Overall, Escaflowne is definitely an enjoyable run, but I really can't see where it gets its status as a classic from. It's far too flawed to be deserving of a 16-year legacy, nor has it really contributed anything good to anime as a medium. Nonetheless, it's still quite a solid story if you can get past the main characters. Final words: Overrated, but still quite good. Story/Plot: 8/10 Animation/Graphics: 7/10 Music/Background: 9/10 Characters: 5/10 Japanese Track: 9/10 English Track: 2/10 Overall: 7/10 For Fans Of: Full Metal Panic!, Eureka Seven 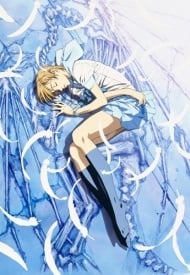 The Vision of Escaflowne Recaps 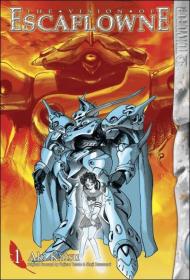 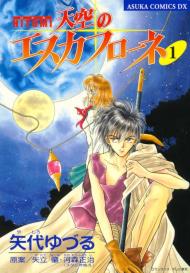 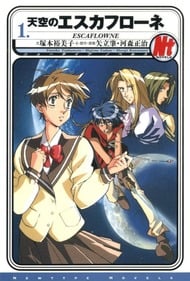 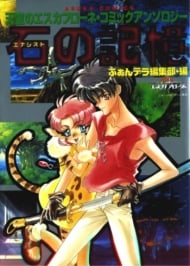