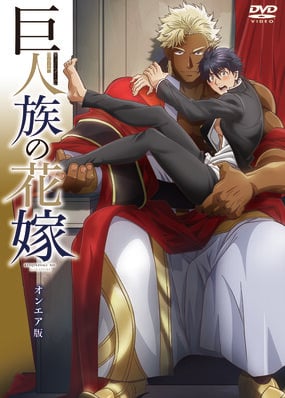 The Titan's Bride Anime Review: From the Introduction and announcement of The Titan's Bride Anime with the cast and official concept arts being revealed to being the first of many to watch the live episodes, this anime adaptation was definitely worth the wait for me and a major highlight of my 2020 summer. While reading through many reviews both positive and negative, I wanted to write about my own intake on this anime and to possibly speak out to many fans and supporters of the series. Duration. I understand that an anime adaptation of a series that contains explicit scenes and content needs to be toned down and be short based on rules and regulations within that company and country. Some works of art that are produced by Comet Company and other different studios may only produce short anime's with longer episodes or long anime's but shorter episodes, such as OVA's or specials. I believe that the year the anime is made also counts for the fact of many drastic changes. For example, an anime that is produced in 1983 Vs an anime that is produced in 2020 makes a huge difference. I personally think that older adaptations of anime get away with a lot more when it comes to explicit scenes, violence, sexual content, etc, than today's modern day anime where some scenes may be uncensored but have to change the scene to be a little more appropriate. Examples include Caius stroking Kouichi's dick even though his hand completely covers it, Kouichi and Caius making love even though there is a blanket, etc. Just so that the viewer can visualize what is supposed to be their, but doesn't appear within said scenes. In fact, according to www.cas.go.jp, Article 175 states that "A person who distributes, sells or displays in public an obscene document, drawing or other objects shall be punished by imprisonment with work for not more than 2 years, a fine of not more than 2,500,000 yen or a petty fine. The same shall apply to a person who possesses the same for the purpose of sale". Henceforth, explains why certain scenes are not shown to the public. Also, to have a studio that is able and willing to publish censored and uncensored content broadcasted on many platforms globally are very small. Note to self that animating is not an easy thing to do and takes a lot of years and practice to be able to animate and perfect one's own creation. When I watched the first episode of the anime, I definitely wasn't expecting this anime to be really short and get anywhere. However, I could see where the staff was going for in order to have the story make sense but also to differentiate between its manga counterpart. I thought that it was a really clever and unique way for those that view the small picture, but want to see the extended versions of the scenes have to read the manga in order to understand the full picture of what's going on. Voice Acting. To me, the voice acting didn't seem to be rushed and hard to understand. The voice actors seemed like they had a fun time participating in the anime and were able to portray and relate in some way to their given character very well. Characters. The characters within The Titan's Bride series were very creative, well drawn out, and life-like. Especially seeing the huge and small differences between many mythological and living creatures. If I had to choose which character I share similar aspects to in this franchise, it would have to be Kouichi. Just because he was a typical high school boy with a tender and heartwarming personality towards others, but can also be stubborn about certain decisions. Though it's also sad to see someone of a young age having to go through many unexpected changes in his life style. Won't say specifically what these are, but you can read more about them in the manga. Overall, he's an interesting, charismatic, and loveable character to see! Plot: The story is very thorough and enjoyable to follow. In this instance, the anime seems to be more of a brief summary about the events for those that may only want to watch the first two arcs of the anime. However, only watching bits of the anime without any or some explanations as to what is happening leaves the viewer even more confused. Especially since most of the scenes are cut and toned down. Moving forward, I believe that the author, ITKZ, based the world of Eustil off of the Middle Ages. Supporting this Idea, when Kouichi is asked by Caius about what he has, Kouichi tells him that it's a basketball. Leaving Caius to question Kouichi about what a basketball is, since basketballs did not exist and weren't known at the time, except for Kouichi's world back home. Also, there are castles, elegant rooms, merchants, displaying love out in public, etc. Despite the vast world differences and developments within both worlds, I love seeing the creativity and atmospheric setting! Music: The music was very beautiful, elegant, and medieval like. I especially love the singing between Yuki Ono and Kento Ito as they voice their own characters within the opening and ending theme. Final intake: What are my final thoughts? Well, I would definitely give this anime a shot if you are a fan and a supporter of the original manga and series. As well as, having certain preferences and tastes for your specific franchises. But if the anime doesn't interest you or your tastes, plenty of others are looking towards reading the manga online. To me, the show wasn't at all that bad to watch, but it still has some areas for improvement in the long run. This anime was one of the major highlights of my 2020 summer vacation and anime binge watching list. I'll be sure to come back to this series in the near future!

I went into this anime despite the low score thinking that it could be at least funny with an absurd premise but I was wrong. I know usually with these Bordrerline Hentai it's sex first passable stories second but why couldn't the creators make this at least funny or over the top?! This anime is so painfully bland and unoriginal I've already forgotten it before writting this review. Despite the episodes being 6 minutes long without the opening and credits they feel so much longer. Even the sex scenes are so boring, I was struggling to stay awake and I was drinking coffee at the same time. Also the characters are as cookie cutter as they can get and the editing was so sloppy it created a lot of inconsistencies that were very annoying for me, Ive never been one to look at edits before and there was no reason for me to analyze this but here I am.

The whole thing just seemed rushed and kind of cliche. There were time skips that seemed to jump over part of the plot to the point that I thought I skipped an episode in between. The characters didn't really seem to "develop", they were strangers then suddenly are in love, not much in between. 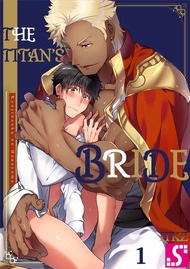