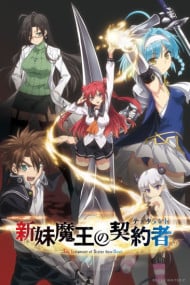 This anime is by no means bad. Before watching anything you generally need to set your expectations. For this series you can count on my help. Minor spoilers only, if any. Watch if: - "ecchi" is "comedy" for you, - you aren't expecting to see any actual nudity, - you're up for a few laughs without getting frustrated at how stupid everything is, - censorship does not bother you, - you're a lolicon. Dont watch if: - you dislike ecchi themes, - you're expecting some deeper meaning or "slice of life" situations, - you liked "absolute duo" or "Maken-Ki 2" (because the plot might be too complex for you) Animation As with most recent productions, sadly, you can see how the characters become lifeless dolls with only their mouths opening, and if they're not the ones talking they're like stone statues. Can't really cut a lot of points for this, it seems to be the trend now "cheap and quick". Battle animation is great. Colorful, well drawn and captivating. SFX, if we can call it that, are not CGI (mostly not, anyway) and you can appreciate the detail work (as in walls breaking where stuff hits, and such. Trust me that's a rare thing in this kind of anime). Girls are drawn nicely as well, I personally loved the "censorship" done by the original creators (as in the chibi-versions of girls covering up bits like a "censored" sign). Did not understand the need for "white fog", but then again it might be something the american side does. It's not very annoying, but often enough you are staring at a completely white screen where things should be. As the original censorship added to the comedy part of the series and was pretty great, I feel the fog part is a slap in the face for grown-up viewers. Just my 2 cents though. Overall it stands out, especially if you had the misfortune of seeing "Absolute Duo". Story Nothing special. Your typical hero defends demon blah blah.... It's what you expect, it delivers on that. It's not going to have you rewind or watch a previous ep to find that bit you missed or surprise you with twists and turns. It is what it is, simple entertainment where you can set your brain on standby. I did enjoy it, and I really am very picky when it comes to genres like this - I expect to be entertained rather than having boobs/panties shoved in my face. For all those who need it though, you will have plenty of "accidental slips" and "bathroom coincidences". Didn't spoil it for me. Sound Decent VA acting. Some fresh voices I haven't heard that much of (male especially) make this a refreshing change. Music is your typical genre stuff, doesn't stand out, and even though I've watched the last available episode 10 minutes ago I cannot remember it. It also does not annoy, so that's a good thing. Characters Probably the strongest point of this, except for the animation. The female loli-succubus who is as perverted as they come is a good choice for this type of anime. She really makes some of those usually "forced accidents" plausible and is the spark that holds the ecchi close to the actual story. I also like the MC, though he's a generic "baka" type hero - he's not overly annoying. Antagonists (as far as the story progressed) are quite ok too, the first one's relationship with the MC is very interesting (keeping the spoilers to a bare minimum here!). Summary As I've mentioned in the beginning, you need to know what you want when watching this. It lets you turn the brain off and have some laughs (you think this is common, lately it really isn't) which is what I expected. I was not disappointed. There's no obvious plot holes or superbly annoying characters that just make half of these series completely unenjoyable. It's also not a masterpiece. Decent fun with minimal commitment required - if that's what you're looking for it's right here.

"I can't abandon a girl when people are after her life just because she's the previous demon lord's daughter. I'm going to protect her! But... Am I allowed to have only one precious thing to me? Must I limit myself to one?"No, that's not me pretentiously attempting to attach some meaning or something -- Those are a few lines of dialog that summarize Shinmai Maou no Testament. It's all you need to know about the show, as it is about just as much as the show cares to let us know. So yeah, Shinmai Maou no Testament is another harem whose sole purpose for existing is to fill out a time-slot. A show that makes you wonder if the people behind the scenes are engaging in copyright wars from making such an uninspired amalgamation of several elements from other shows put together to make the same harem you've seen a dozen times over. It's so lacking in creativity that it uses the "I accidentally walked into you when you're undressed" cliché four or five times. -- said shows that come to mind are: Inuyasha, Bleach, Highschool DxD, and perhaps Tokyo Ghoul for Takigawa, Yahiro and it's EDGE. "Basacchi". Oh lord, pls no. Basara is your typical self-righteous "hero" devoid of personality; an indecisive, apologetic asshat, whom let's himself go wild on the girl's tits when he damn well pleases. When his sexuality reaches points where it can be brought under question, he gives in to his urges then he seeks to be comforted by said tits from having gone too far with his manhandling. By the shows end he's only a few notches away from being another despicable Itou, Makoto. If only. If only that would have actually been the case, at least he would have been less forgettable. All the girls in the show line up to feed the ego of whomever uses Basara as their surrogate. They exist just to get their breasts fondled or consistently refer to him as "onii-chan" or "B-baka". A little too delusional, but not to the point of aggravation. Most of the ecchi is constricted to a single gimmick — the partner binding spell crap — the rest pretty much revolves around it. The art design is easy on the eyes, yes, but still quite forgettable. And while surely not tame, the ecchi is presented in a very boring fashion. Though it may "look" nice, it still might as well be some dude in an ad testing Tenga products. Or perhaps sadder still, are the junkies who will rush in to buy the blue-rays. As for the sound or even action? Nothing stands out, everything about this show just screams "routine". ...You might be familiar with a seiyuu who I believe goes by the name of Nomura, Kenji. You know, in bleach, that hot headed bulky bald bitch of a subordinate that follows Ulquiura? Well, Kenji plays that same bulky bald bitch here, same powers and everything, except skin tone. He suddenly appears out of nowhere for a fight and is just as briefly tossed aside so that Basara and galls can go back to breast fondling. *sarcastic cheerful claps* He stacks up a grand total of 5 seconds of screen time. Talk about pointlessly anti-climatic. Initially tolerable even with the rather harmless tonal shifts, but then it becomes increasingly irritable as the series progresses from schizophrenic harem to obnoxious shounen. - 4/3/15 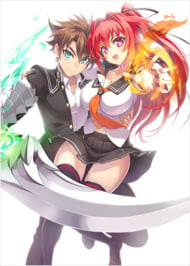 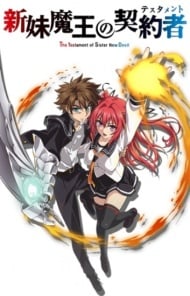 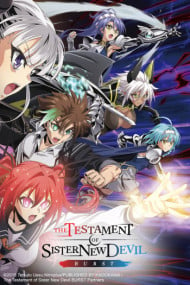 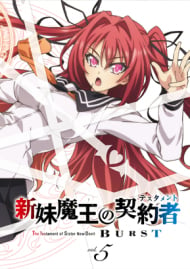 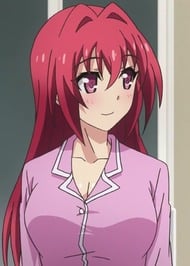 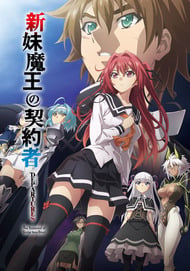 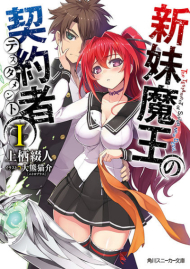 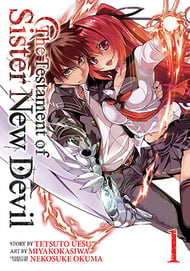 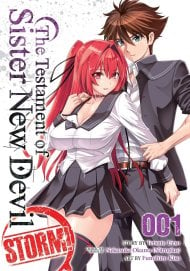