His strength limited by the magical crest with which he was born, Mathias, the world’s most powerful sage, decides reincarnation is necessary to become the strongest of all. Upon his rebirth as a young boy, Mathias is thrilled to discover he’s been born with the optimal crest for magical combat on his first try! Unfortunately, the world he’s been born into has abysmally poor standards when it comes to magic, and everyone thinks he’s still marked for failure! Now it’s up to Mathias to prove everyone wrong…world’s strongest sage-style!

TLDR: Worse than generic.        I don't usually do reviews but I had to do it for this one because it is so incredibly terrible. They narrate literally everything that's happening as if the viewer can't figure it out themselves. Every aspect of this show is generic, except it's worse because it can't even execute the basic formula that it's using. There is no tension or real conflict. There's always a convenient plot device to defeat the next demon (1.5/10 story). Every character is incredibly lacking in depth (0/10 characters). There's no good art style, animation, or sound design to try to make up for its faults. The production quality is as basic as it can get, but at least there wasn't anything that actively worsened the experience (3/10 production quality).      Didn't get a 0 because it helped numb my mind when I watched it at 2x speed, and because I'm a sucker for the kind of setup this story had. I love power fantasies, an intelligent main character, and I was initially interested in what Matthias was going to do in the new environment, even if it was generic.      I didn't have super high expectations going in, yet it still managed to disappoint.

So i had to drop this after only 7 episodes and the reason is simple: It's so freakin' LAME!!! Overall this is just a mediocre anime, a dime a dozen fantasy that stands out in no way what-so-ever, so really it shouldn't have been difficult to sit back turn off my brain and just pass the time with it. Unfortunately tho i couldn't. Everything this anime does is lame! Every twist to the story, every big reveal, every time they tried to make the main character look cool or badass, it was just lame lame lame! At first it started out funny, how lame it was, but after a few episodes it became embarrassing and finally just frustrating. So yeah, i've dropped it. I don't like dropping anime but i could not take the lameness anymore! 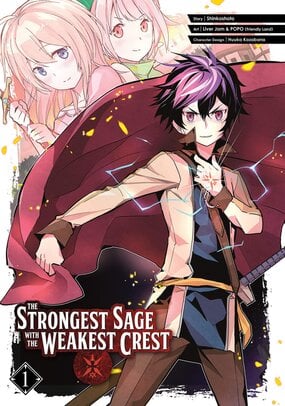 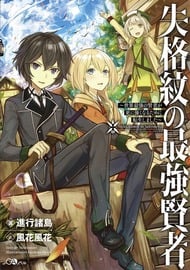 The Strongest Sage with the Weakest Crest (Light Novel)