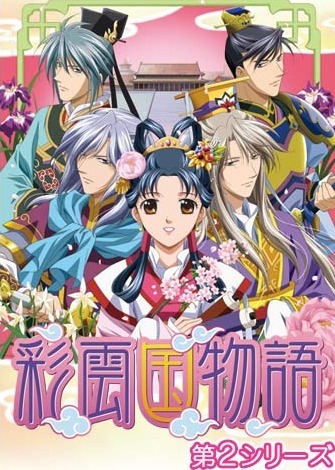 If you're looking for manga similar to The Story of Saiunkoku 2nd Series, you might like these titles.

Tells the story of a fictional town in Japan becoming overrun with a mysterious plague.

A bloated man with bloodshot eyes wanders to a crowded intersection in Tokyo, blankly staring into the distance before blood explodes from his eyes and his body, killing him on the spot and splashing many onlookers, including a student named Akari. Who was this man, and what killed him? Discovering the mystery behind the body may prove to have deadly consequences not only for Dr. Onotama, but also all of Japan...

January 3, 2011. ER doctor Matsuoka Tsuyoshi examines a patient presenting influenza symptoms. The next day, the patient dies from multiple-organ failure, followed by others who had shown the same symptoms. As the death toll rises, even the high-tech Japanese are at a loss over how to check the further spread of the deadly virus

In the Tokugawa era, the dreaded redface pox is devastating the country's population of young men, and after a few generations, the gender ratio has fallen to roughly one male for every four females. Since sons rarely survive to adulthood, family trades are now passed from mother to daughter, and women hold even important governmental positions. In order to prevent the rest of the world from discovering this state of affairs, Japan institutes a strict isolationist policy, and female officials adopt masculine names so that even the official records don't reveal what's happening. Though the outside word is suffering from a shortage of marriageable men, the inner chambers of Edo castle are a lavish place, filled with hundreds of men who serve both as an emergency standing army, and also as the personal harem for the new shogun - a woman named Yoshimune who is determined to fix the rampant inequality and wastefulness of her country.

Maomao, a young woman trained in the art of herbal medicine, is forced to work as a lowly servant in the inner palace. Though she yearns for life outside its perfumed halls, she isn’t long for a life of drudgery! Using her wits to break a “curse” afflicting the imperial heirs, Maomao attracts the attentions of the handsome eunuch Jinshi and is promoted to attendant food taster. But Jinshi has other plans for the erstwhile apothecary, and soon Maomao is back to brewing potions and…solving mysteries?!

The monarchy was abolished long ago in Korea – but what if it still existed to this day? Chae-Kyung lives in such a world where Korea’s palaces are filled with royalty and the crown prince Shin has transferred into her school. Her initial run-in with the boy is unpleasant to say the least; but what’s worse, Chae-Kyung soon discovers that she and Shin are forced to be married due to a promise their grandparents made! How can a simple commoner learn to live the life of a princess when she can’t stand her newly beloved husband?

"I'll annul our engagement!" My fiancé suddenly declared?! Apparently he's in love with the recently transferred count's daughter and is planning on making me the villain in order to annul the engagement. Although I have no lingering attachments about the engagement, I do have to claim a hefty consolation fee don't I?

My brother started looking for people. He seems to be looking for a woman he fell in love with at a mask party. The only reference he has of that beautiful woman is only a small mole on the inner part of the thigh. And that woman is... Ne-chan!?