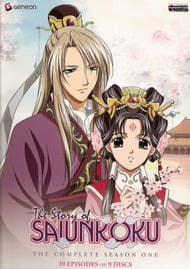 StorySaiunkoku Monogatari is one of those pleasant surprises where you get a lot more than you bargained for; indeed, far from being a fluffy, witless romance, this title offers a rare formula of ‘pink politics' where a girl tries to make it in a man's world as governor of an empire. Saiunkoku Monogatari's appearance actually gave me the wrong impression at first. I was in the mood for a bishounen-packed romantic comedy when I first picked it up; subsequently, the more episodes I watched, the more frustrated I got that the romance I expected was seemingly getting sidelined by an encroaching political subplot. However, once I realised that the romance was more of a background issue to be resolved at leisure, I found myself enjoying the plot developments a lot more. What actually makes up the bulk of the story is Shuurei's struggle to take hold of a disconnected, elitist government and make it work for the good of the people; in the process she foils nasty plots, defies cultural conventions, and changes those around her for the better. Importantly, a few dark moments get chucked into the mix alongside the simplistic politics and recurrent gags. The high point of this formula has to be the arc with the androgynous guy, which is both clever and emotional. Incidentally, it's important to note the complete lack of cynicism in this title: I'm personally amazed at the weak, token resistance to Shuurei's rise to power in a world that is utterly dominated by elite men; not to mention the bloodless battles and relentless positivity with which she tackles seemingly insurmountable problems. Regardless, the anime remains convincing as long as you can leave reality by the doorstep. Taking all of that into consideration, I definitely enjoyed Saiunkoku Monogatari far more than I would had it remained a straightforward romcom. Sadly, considering the typical shoujo approach, it still falls a little short of being the deep, meaningful epic it wants to be.AnimationWhere the concept is concerned, the clue is definitely in the title: there are many pretty colours. Disappointingly, apart from the vibrant lilacs, pinks, and baby blues, Saiunkoku Monogatari's animation is basic to say the least; as well as minimal shading and background details, the characters are static when they talk (heck, they don't even blink) and utterly robotic when they do move. Most annoyingly, the men all look very similar, with only variations in hair and clothes to distinguish one bishounen from another. Nonetheless, considering Saiunkoku Monogatari's genre and content, I don't feel its flaws in animation detract much from the enjoyment of the series; for example, because the action scenes are not integral to the story, their occasional use of streaky backgrounds and still shots and generally poor choreography is forgivable. At its most lovely, Saiunkoku Monogatari's scenery looks like a watercolour painting, which is pleasant on the eye and makes for a cheery atmosphere.SoundThe opening theme is one of my favourites yet; with mellow vocals by Ayaka Hirahara and such a beautiful melody, I instantly wanted to own it. Sadly, the rest of the soundtrack is bland and forgettable, and the voice actors are decent without being particularly stunning.CharactersAs for the cast, the most remarkable thing about them is how easily forgettable they are; like a rosy daydream, their haze only lasts as long as you're in the moment. Having spent thirty-nine episodes watching their various adventures, I can only remember two names: the main character, Shuurei, and her adopted brother, Seiran. These two are arguably the most developed and most interesting of the bunch and thus the only ones worth caring about; all of the others, such as the Emperor and the eccentric guy with the flute, are only fleetingly amusing. As a whole, the cast is good, but just too large, too cardboard, and too lacking in unique backgrounds to draw attention beyond the series' running time.OverallFar from offering air-headed drivel, Saiunkoku Monogatari fills all thirty-nine episodes with compelling stories and briefly entertaining characters. In fact, the series' true worth lies in its ability to provide a substantial plot despite its soft, light-hearted appearance. Still, while I believe most fans will thoroughly enjoy this title, I doubt many would watch it more than once.

Ok...well... I liked this series alot. I even watched the full season 1. The problem is it's "romance" What kind of silly, stupid love is this? rather than this they should've add "mature romance" UH! Now I regret watching it ;( Some people might find me weird after reading this but really, after what I think and reading the reviews, maybe it's a little worth watching. I feel shame for liking the male characters... but, maybe it's just ok to watch it. I don't usually like romance anime but this one went too high. The crazy love and blah blah....  For reverse harem, I think in 2 or 3 episodes it might had came as I watched this series long ago i don't remember much. For the other things like, sound, animation, I give 10. Story: The story is abit weird (if you think i m not wrong) It follows a girl who teaches a king manners. Huh? a king manners?! Can't the other people in the palace take care of the king? rather than that they all call him a stupid king, even he agrees .____. (Sorry I don't remember much but this show IS NOT worth rewatching)  Thats what I think, I don't know about other reviews but I had watched it and now I don't ever think of watching other season, as for the future, maybe someday. Thankyou for reading a buch of silly thoughts.

Saiunkoku Monogatari is a hidden gem. In terms of the story line I must say it was very well developed. For the length of this season, the story was well paced so that it did not go too slowly for the audience to lose interest and it did not go too fast for the audience to get lost in the plot.  This anime has a little bit of everything. Although it revolves heavily around politics, there is a little bit of romance, family themes, friendship, and personal growth. The balance of all the components that makes this anime is outstanding. I don’t like to be very specific about what happens in the story as to not offer any spoilers, but I would like people to know that in terms of story plot, this anime has a lot to offer and it is well deserving of high marks. The only complaint I have in this regard is that there were a few times when something "out of the blue' would take place which was a bit confusing to me, particularly those themes for the "supernatural" type. The animation of this anime was good, but not great. Considering it has been nearly 10 years since the official release, it is expected that it may not rival newer anime. The characters are in fact pleasing to the eye as well as the landscapes outlined in the story. As far as the sound, I tend to be very picky about the soundtracks but I really enjoy the themes that were used for the opening and ending of this season. They seem very fitting with the story and were pleasing to the ear as well. The characters are great! There is no one I hated because the story makes it hard to do. They explore the past of several characters such as Ryuuki, Seiran, and Shuurei and the motives of others at present are also well presented throughout the story. Shuurei is by far the most important character of the story, which also leads the anime to be a reverse harem type. She will be a great feminist in our times if she were real; she conducts herself with pride and dignity throughout the story in an effort to reach her dreams to make a difference in her world. I think that as a woman, Shuurei is very relatable. Likewise, her character along with many of the other characters is seen as pure which makes you fall in love with them all. I recommend this anime to those who enjoy a creative story full of surprises, the way this story starts is by no means in the same direction that it will end (at least in this season, I am yet to watch the next).  Political conflict and romance are main topics and the characters are great! 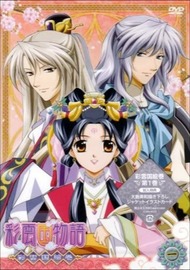 The Story of Saiunkoku Recaps 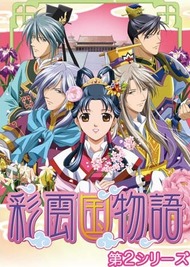 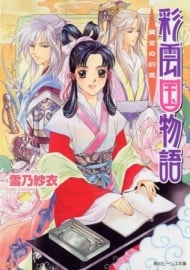 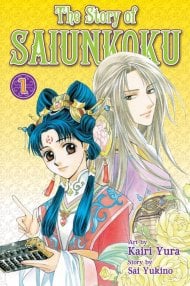