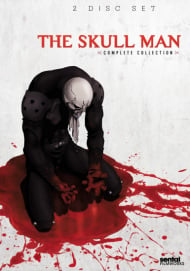 Hayato Mikogami is returning to working as a freelance journalist but has had little luck in the big city, so he decides to return to his hometown to investigate a series mysterious murders by a man wearing a skull mask. However, when he arrives, he finds that most people have little to say about the incidents since very few people witness the events first hand. In order to find more clues he reluctantly enlists Kiriko Mamiya as his photographer, and later that night, he comes across his first clue: a man, moments after he had been killed by the Skull Man...

This is based on an old manga by the legendary Ishinomori Shotaro, which would later pave way for Kamen Rider. Despite that, it is very much different from that series. The Skull man is a background character shrouded in mystery as well as why people turn into monsters. The anime is very slow if you don’t give it much attention, it isn’t really action oriented and emphasizes more on cracking the case, and yet defining what true evil is and covers a lot of philosophical and social issues on a local to international level such as corruption in relation to martial law and organized religion. It takes awhile to really develop the characters but the wait is worth it. Because some of the main characters are adults at a certain age, the only thing they have left to develop is a defining moment in their life that will define their respective careers or something like that. But if you give it your full attention, it will be fast and you will be fascinated at the plot twists and resolutions it delivers, and how it loosely connects to another creation of Ishinomori-sensei. Due to the nature of this anime being mystery and suspense, I really don’t want to give away much because I believe this is one of those things you really have to watch.What kind of disappointed me about this anime is that very little of the character design is faithful to the style of Ishinomori-sensei like how the recent Cyborg 009 was, but there are some that obviously are faithful at specific times. He had this distinct way of drawing that further helped define what anime and manga is today, and I felt a large portion of that was absent and that a majority of the design didn’t really come across as distinguishing. Maybe it’s a modern day interpretation to his art style, I don’t know, but I felt that Ishinomori-sensei should have been owed that much. However, some of the design of later characters are also very unique and faithful to his art style, but once again, that’d be a spoiler and I don’t want to get into that too much since it relates to that other creation he did. On the other hand, I loved the monster design and the design of the Skull man himself. You can easily tell that not only just story wise, but in an artistic sense, how this paved way for Kamen Rider such as his fondness of motorcycles, the scarf, and the martial arts action that is present in certain times. The action is exciting and intense and it picks up in the 2nd half of the series. It’s high octane but not excessively over the top or ridiculous, cliché, or cheesy like in tokusatsu. However, it is quite bloody, but not necessarily gory like in the recent Rambo film. What I also found very unique is that even though some of the vehicles and the architecture are very modern, they still use some old fashioned items such as audio tapes and records to represent some feeling of the old school influence and to probably give the viewer a possible sense in time it could take place in. I also liked when they showed vehicles, it was in the cel-shading style that the recent Initial D seasons and Wangan Midnight uses and it blends very excellently. One of the best traits this anime has is its soundtrack. I love the opening theme sung by the band Tokio. It is really intense as well as the scenery in the song. But I felt that because it is nearly 40 years old, I felt that some of the soundtrack could have been a little old school with the use of the instruments. But the music for the most part is very dark and eerie and gives a noir and horror like feel to the show. The ending theme I felt was kind of out place with this anime though it is a nice song. I felt it belonged more in a shoujo anime that a graphic and cerebral one like this. In the same way, I guess you can say it felt out of place like the ending theme in Elfen Lied though they are still good songs. Hayato, the main character is played by Yasumura Makoto. I really don’t know much about him. But I thought he did a great job as a tabloid reporter who knows how to get his scoop. He can be funny, and he can be serious. And Kiriko is played by Kawasumi Ayako, who plays Natsuki in Initial D. Her voice in this role in comparison to Natsuki is more childish and higher pitched. In addition to these two, the cast has some pretty big names. Like Tomokazu Seki, who played a lot of roles such as Miyata from Hajime no Ippo and Kenichi from History’s Strongest Disicple Kenichi plays the detective assigned to follow Hayato. In comparison to his other roles, he sounds a whole lot more gruffy which I felt was awkward for his high pitched voice, but later got accustomed to it and further expands his talents. And further elaborating who is in this anime and who plays who is another spoiler which I don’t want to get into and feel you should watch it.Even though this paved way for Kamen Rider, don’t expect Kamen Rider. In comparison, this series is much darker, gruesome, and more though provoking, but doesn’t really try to mess with your head. I really want to explain the nature of Skull man’s character, but it’s very difficult for me to say in this review because this is truly an anime I want you to see for yourself, and I hope you watch this with high expectations that this is truly something unique and distinctive. It is very engagingly philosophical with very effective unpredictability, and exciting action. It has many themes that everybody can relate to or reflect upon.

I was really surpised there wasn't already a review for this, considering the studio that made it and the premise for the show. It kind of feels like what Darker than Black might have been if it took a more subtle and darker(pun intended) tone... well until the end. In a way I guess the ending was fitting for this series, but it also felt a little too silly/ideal Story- The story is mystery at heart, but there is a lot of great action and good char development that you can expect from a Bones series. The main premise is a reporter named Hayato is investigation a series of murders that seem to all connect to this mysterious figure called the "Skull Man" and ofcourse all of this just happens to be occuring in the town that he grew up in. So as you can tell the story is a little cliche, but I don't think it really takes away from the the depth of the mystery. Like I said earlier, its sort of what Darker than Black would be if it took a darker and subte tone. Oh yeah and cyborg clowns.  Animation- The animation here is fluid and functional. The colours seem a little washed out at times, but I think it fits the atmosphere of the show. The char designs kind of feel like a cross between Baccano and Darker than black. Its like they were going for that oldschool american gangster look, but wanted to keep it modern so they met half way. The actions scenes are very well done as you would expect from Bones and the design for Skull man just looks pure awesome. Sound- Opening and ending themes are quite nice (I actually liked the english opening better) The voice acting is handled well in the Japanese dub that I saw. The BGM is fitting for this, although I didn't really find it all that memorable. Characters- The characters all have their roles as the mystery begins to unfold. The relationship between Hayato and Kiriko,a female photographer who soon becomes his partner for the investigation is nice and light hearted. The Police officer who kind of acts like a sub-antognist is also very likable, I don't really want to reveal any of the other chars to avoid spoilers, but they are all decently developed. Oh and did I mention cyborg clowns? Overall- A very enthralling mystery and also a great action series. Definetly a very underrated and underwatched series by the great studio Bones. So why is the score relatively low? Theres something about this series, I can't quite put my finger on... but its sort of a little lazy in a way. Its not really something thats sticks out in a particular category... but its just kind of like this lingering feeling. Compared to something like Darker than Black, X'amd and Wolf's rain where you really feel like the creators put their heart and soul into it. Maybe it was just some weird thing that I thought and other people don't feel the same. Don't let this effect your decision to watch this show though, its deffinetly worth a watch if your a fan of the studio and liked DtB and something like Guyver, but less cheesy. Also cyborg clowns.

STORY: Skull Man tells the story of a journalist who returns to his hometwon after leaving for Tokyo 7 years prior, in order to investigate some crazy rumors he's heard regarding a masked killer. Upon arriving he meets a young girl who aspires to be a prize winning photographer, and they essentially partner up in an effort to get to the root of the killings, occasionally helped out by a mysterious old man who refers to himself as an ally of justice. Unfortunately for Hayato, 7 years is a long time to be away. Much has changed in his hometown, and the city may not be ready to give up its secrets, and truthfully, he may not even want to know. This was a very intriguing story that was well paced and very well written. Unfortunately i wasn't the biggest fan of the ending. Part of it was VERY similar to another, pretty well known anime, and the matter in which the antagonist is defeated is kind of anti-climactic. It does save a bit of face in my eyes for having such a dark tone in the last episode (the whole thing really, but man that last episode though), for pulling off a couple twists that really should have been obvious in hindsight, and for being able to tie everything together in the last 30 seconds of the final episode, that had previously just been an onslaught of action and seemingly unrelated side story for the last few episodes. 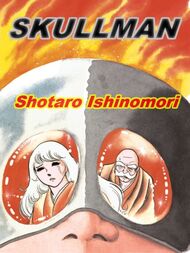 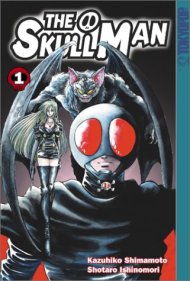