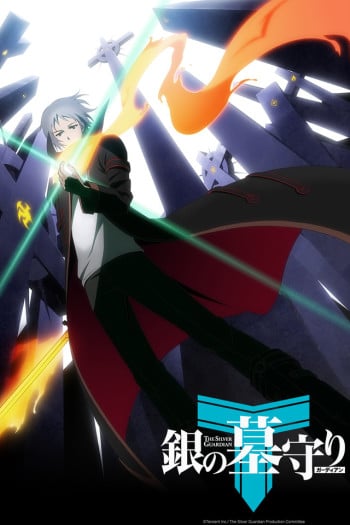 I don't usually write reviews but having read the manhwa for this I was naturally looking forward to the anime. Unfortunately the anime is a completely ruined and butchered rendition of the manhwa. They significantly change how a lot of key things happen, they decide to take you down a confusing road of 'why am I seeing these characters and what does it have to do with anything' to provide some sense of chronological order at the cost of not explaining anything. The main character is barely seen and they focus too much time on side characters and stories that only had a few panels in the manhwa.

Apart from the first couple of episodes most episodes feel very rushed. This is made especially clear in the later episodes where it actually feels like you've missed an episode or two and have no idea what's going on as it just cuts to something happening without any context as to what happened before that or how things got from A to Z because they left out B, C and so on.

In short, Gin no Guardian has a great story and intriguing characters and action, but the people who did the anime made some very poor decisions that removes all of what made the manhwa good. Even from a practical anime standpoint they made bad plot and execution decisions. If you want to see the great story I suggest reading the manhwa because you will not find it here.

Ugh, for those of you wondering why the rating for this show is so bad, is because the story is very interesting and great, but the creators dont give you what you want. You know that main character guy? Yeah  hes only in about 40% of the show they give you all this backstory for a bunch of people you honestly could care less about and hide all the good parts. I don't understand why they'd ruin such a good story by making everything so runaround and dragged out. Such a good story gone to waste...

This anime had a good starting plot but in the road it got blunt. And many things didn't even make sense. Everything is cliche because they have an awesome ending in mind but they dont know where to start. So they are just gonna throw in everything they had in mind. Honestly, it was not that bad and I don't think it deserves low ratings as such. It was neither a bad experience nor an awesome time. It was just plain boring, as if a food had no taste.

Story & characters
The story started off really good but lost its track in the halfway. It had such a nice basement but only needed a little polishing in the above. It just lacks the hook to drag me into this anime. And heck the snyopsis covered half of the anime (lol). And the introduction of plot twists were so early into the anime that it made everything so cliche. The characters were also the ones you will see in every anime. I really liked the cat but it lost its screentime almost in an instant.

Animation & Sound
Atleast they have done a good job in these two. I likes the OP but rhe ending was nothing special. And they should've cut short the ending because each episode is just 13 min. The action scenes were all ok and nothing special in them to talk about.

Overall
If you feel like you want to watch this after reading this review or any others review, you should give it a try, it might be your type. If you expect some action, romance, and comedy, you will be disappointed. Of course some random girls will fall on the MC and he will be touching here and there.

(The rest is just me spouting nonsense with some spoilers, read if you want to)

The MC's crush is gonna get kidnapped, he then goes to save her with nothing, but will soon he will get tremendous power from someone and that someone will be really special to him and he will die trying to make things emotional and the mc will charge in the battle to take revenge and save his loved one. The main character was so ditermined to save his loved one Riku Rei, but in the halfway he forgets about her and roams around doing this and that which doesn't even make sense. A brand new games comes, and the MC in that game is the 'last guardian'. How the hell can he be the last guardian in a brand new game. And he even got 10 billion credits in that game. Can't he buy OP items and defeat the enemy and just save her already? And is Rei in the game or on real world? And the girl he had a crush on is his step sister? What the hell I'm confused af. And OOOoo who is that pink haired villan I totally dont know she has something related to riku rei. And Why are every female characters in this anime are always blushing?

I liked the premise of this anime..but as others have said there are gaps. In addition, it is inconsistent as hell. Someone mentioned that the main character starts with all the money he needs. Yet, for plot this money is unusable the first time around. And then the very next episode money from the game is being used to save a dying girls life...

-Additionally, they say all stats etc transfer over from game1. This means Protagonist should literally be level 189+ starting game2.  It also displays levels in a scene. Where are all the other players from game1? Shouldn't someone recognize protag as the best(or highest level) player ever? Even without the money, running around in base gear was supposedly a signature thing only he did.

I think there's supposed to be an implication between the monster from game1 to the "Collector" in game2 but it's never explored nor explained.

It also says money=power which is also portayed a little inconsistently. Main character facetanks a 100million hit and explosion without a scratch one episode. But a couple episodes after that, a 1million hit takes 20% of his health after he actually has raid tier equipment and someone tells him not to be cocky.

Lastly, the bad guys specifically say to let protags waifu be taken by bill collectors. Which is really weird to start with, but then somehow she ends up physically stuck inside the game with who we are led to believe are the main villains?

Don't get me wrong, I'm glad he isn't like Kirito all the dang time. But story inconsistency is something that continually bugs the heck out of me.