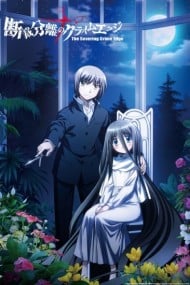 Kiri has been obsessed with cutting others' hair since he was a child, to the extent that he always carries a pair of shears with him wherever he goes. So when the boy accidentally meets Iwai, a young girl with floor-length hair, he's crushed to learn that due to a curse, her locks cannot be shorn by ordinary means. And what's more, she's an unwilling participant in a deadly game where psychotic wielders of powerful "Killing Goods" do their best to take her life in exchange for a prize beyond imagination. Wielding the shears he learns are his own Killing Good, Kiri must now keep Iwai safe from those who wish to murder her and help her survive this sinister game.

Dansai Bunri no Crime Edge (The Serving Crime Edge) is a dramatic battle series submersed in a number of sexual fetishes. Despite that last statement, this series isn't really ecchi except for a few select moments. Gotta admit, I like this series even though it is pretty cheesy in many instances. The action is pretty over exaggerated which is somewhat funny but adds great entertainment. You'll get a kick out of this series for it's exaggerated fight scenes and budding romance.  Dansai Bunri no Crime Edge primarily focuses on character development more than it does on fighting scenes. Maybe it would of been a better idea to focus more on the action and survival. The characters are made up of your basic cast from most shonen series. the headstrong white knight MC (Kiri) and the helpless danzel in distress (Iwai). The arch nemesis that has never really tried to kill the main characters but constantly says they're enemies along with a loyal and mentally disturbed partner (Byouinzaka sisters). There are a cast of other below average characters and the only ones that seem to really stand out to me is the blind pianist Hitomi and her deaf Instead, Houichi. Sadly neither of them get any real screen time and are just seen for about eight minutes in total. The characters don't really stand out and are each pretty generic including the cheesy  romance between Kiri and Iwai. Their relationship is exactly what you would expect from your average action/romance series. Alone, each character aren't exactly anything special but their interactions is where the entertainment comes in. Despite how serious Crime Edge attempts to be, what really seems to be the most enjoyable part of the show are the slightly comical battles. The fight scenes are actually somewhat funny. Just imagine seeing a dramatic battle set in a dark hallway at sundown between a guy holding a pair of scissors and a girl holding a needle. That's pretty much the first battle in this series and it might be as funny as what you're imagining. Crime Edge is actually a pretty enjoyable show to watch if you're not a hardcore shonen anime viewer or a very critical judge of anime. It's a bunch of fun to watch and I recommend it. Dansai Bunri no Crime Edge definitely has some high entertainment value.

Right, it's confession time for me. If you have been reading my reviews than you may have noticed that I tend to rip the anime a new one. There is a reason for this though and it has to do with the fact that I can't turn my brain off when watching anime. I can't ignore the stupid shown in the anime and this is a problem as most anime are very stupid indeed. In this case I'm not talking about a 90 pound girl catching a multi-ton cruise missile and throwing it back. Yes, it is stupid but it is a stupid that I'll allow. It's anime. Things like this are normal here and I'm pretty much fine with it. It annoys me to be sure but I will not rant about it. So, having explained this lets rip into this anime shall we? Just a heads up: There will most probably be spoilers. The more I hate an anime the more spoilers there will be. ART: Art is fine. I've said it before and I'll say it many more times: It is near impossible to screw this up these days. SOUND: Again no complaints from me. I can no longer remember any of the music used but this is how I prefer it. Voice acting were decent even if they get to do the same thing over and over. CHARACTERS: Main character is the Kiri. He is a gentle person who is fixated on cutting hair. Iwai is a young girl living alone in a huge house after her father died. She doen't leave the house due to a little issue with her hair. It is cursed and can't be cut by any means. Yamane/Houko are two sisters who have cared for Iwai for years. After some issues they become sort of friendly with Iwai and Kiri. STORY: For as long as Kiri remembers he has been fixated on cutting hair with his family heirloom, a pair of scissors. It is then that he meets Iwai, a young girl with gorgeous long hair. She claims that it is cursed and that it can't be cut by any means. Kiri tries and discovers that to be true. It isn't until he uses his family scissors that he manages to cut her hair. Iwai is naturally very happy as she can finally go out again and pick up her life. Unfortunately it also starts something else as the reason for the curse becomes clear. Iwai is the Queen of Hair and she is not the only cursed person around. She learns that the one who kills her get a wish granted and everyone wants it to be them. Kiri tries to do his best to keep her alive. RANT: This anime is ok. It is not a masterpiece by any means but it is not pure garbage either. There are many flaws and stupid things but considering the concept I can overlook a lot of this. There are some interesting points here like the descendents of brutal serial killers inheriting the weapons and traits of their ancesters. The fact that every killer is after Iwai adds more to the mix, especially with Kiri protecting her. This sets things up nicely for what comes next. To control the killing urges each killer has a substitute. This is a person who can take whatever the killer dishes out without dying. This is usually done why enacting the deed without the actual death. There is a lot wrong here though. Most I could ignore but some just pissed me off. The one time when they met a blind killer who uses a piano to kill. When she plays a song to the end the target of the song will die. Her substitute is a man who is completely deaf so she can play for him all she wants but he won't die as he can't hear the song. The problem I have with this is with the execution (pardon the pun). As her substitute he does everything for her. Things like tune her piano so that she can....Wait what? Uh, yeah. He is completely deaf yet tunes her piano. To be fair this is possible. You have to use special equipment to convert the sound fibrations into something electronic to do it but it can be done. Sadly he uses conventional means to tune the piano such as a tuning fork and such. There is also the fact that they have entire conversations with each other while he is not looking at her. So how does he know what she says when he can't read her lips? Simple, he doesn't? He doesn't only answers her though but also guests in the restaurant. All without looking at them to read their lips. Then there is the remark on the DVD box. The remark that fills me with dread every time I see it. These two little words: Complete Collection. In the past these words actually meant something. It meant that you got a complete product with something of a conclution of an arc. These days it means that you are about to be ass-fucked by the producers because the serie is anything but complete. This is one of those series where you have to break out the lubricant and spread your cheeks. Yes, just as the serie reveals another layer it simply ends. 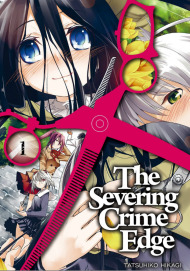