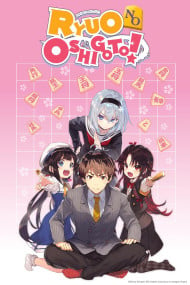 A teenage boy named Yaichi Kuzuryuu is the strongest shogi player in history, holding the top title of “Ryuo” (Dragon King). One fateful day, shogi-loving elementary student, Ai Hinatsuru, appears before him claiming that he promised to be her master. But was such a promise really ever made? Thus began their master and disciple relationship!

A Disciple Storms In

Days with a Disciple

An anime that makes a board game appear 100x more intense than what it should be, right down to being physically exhausted somehow. This will be for very few, primarily those that are into board games, specifically, Japanese chess (Shogi). They use a lot of Shogi related terms, so I am sure this would be more appealing for those that might understand the game. The flow and presentation is a bit odd. The controversial aspect are the Lolis. The first episode starts out fine, but quickly Lolis start being tossed in and some questionable scenarios develop. It's almost as if the writers weren't confident that 12 episodes dedicated to Shogi would be interesting, and started to deter from the concept. They do bring comedy to the table though, which is a nice break from stareing at a chess board forever. A bit later though (around ep7) the writers have gained confidence in their work and it becomes 98% about Shogi from there on. The Shogi aspect seems over the top in presentation. Yes, being a professional in any kind of gaming can take it's toll. It is really odd though to see them physically exhausted from moving a couple pieces of light wood across a board. It does keep things a bit more entertaining in a comedy aspect though, and that's what the Anime comes down to, being a comedy. The last few episodes making up the ending though, they were too drama filled and don't fit too well with how things were going. Also, it ended without giving 1 person an apology, so there is an unresolved conflict that would have taken a minute to patch up. The characters won't be for everyone either. It is a guy and his Lolis, plus an adult or two tossed in. Depending on your culture, there really is nothing odd here as nothing physical ever happens, just some scenes that are slightly suggestive or purposely presented a way for the sake of comedy. They screwed over the main character towards the end of the Anime by changing his personality in a way that really didn't fit the flow of everything else, and suddenly makes you want to care far less for him. The logic with some of the Lolis doesn't quite make sense either, especially the suggestive perverted material, this isn't something a 9 year old would say or know of, unless that is how things are today? Overall, it was decent for someone who does enjoy board games, Lolis, and comedy. I found that there was a clear line in where the writers weren't sure which direction to go, be it the Shogi focused route, or the Loli route and becomes a case of where you need to have confidence in your idea and follow through with it. The appeal of an Anime like this will be to a small minority, but at least they tried something different. For all non-Japanese viewers, I think regular chess would have been far better in terms of being able to follow the gameplay.

The Lolicon is strong with this one. Dragon king? More like Loli king. Haven't seen a protagonist this dense since Ichika... Show is about 9-years old Shogi genius girls easily beating seasoned veterans, Oh and also something about Yaichi. Honestly episode 7 is the best because it's about Keika, not about boring Yaichi or his lolicon harem. Want my honest advice and opinion? Skip this one, the conclusion is obvious, the protagonist has the density of a black hole and all the best girls are treated as throw aways. Story is decent, a shogi professional teaches 2 shogi geniuses to become professional themselves. Animation is good, get ready to see shogi pieces hit the board a lot and a little girl rocking back and forth while audibly calculating the next moves. Sound is good, there is something hypnotic in shogi pieces hitting the board. Characters are good, but the non-loli characters were much more interesting than the loli ones, too bad they don't get nearly as much screen time.

Okay, let's be real. I literally only watched this/decided to watch this because I saw a funny Instagram post tagging this as the source. So I gave it a try. Honestly loli-harem aside, most of the main characters are alright. Even the background lolis are alright. The inclusion of another Ai to rival the main Ai was kinda stupid, especially because both characters are hardly ever seen pitted against each other.  At the time of writing this review, I am on episode 10/12 and most of this series is not that bad. The animation is pretty good, and the overall score is fairly alright. I mean it does not stand out from other anime series.  Like the plot, and whatnot aside. The animation is absolutely amazing in most cases. Yes, it is a trashy series because of all the loli-harem stuff, and the extremely dense main character; however, the animation is almost spot on, especially in the scenery.  Reasons to watch: - To add to your list. - If you are somewhat into sports anime. - If you like dumb/dense af main protagonists. - If you are a trash person like I am. - For the odd giggle such as "I wish I was a horse so that they can ride me". Reasons not to watch: - If you hate loli characters. - If you want to watch something more decent. - If you actually care about what is going on. - If you actually have a social life. 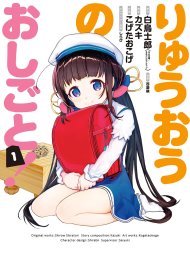 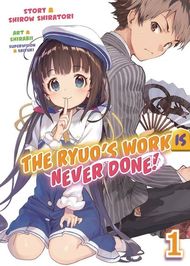