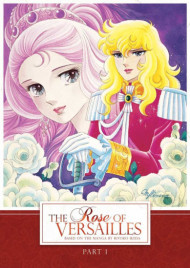 StoryHaving first seen this series as a child of nine or ten in Germany, it was an enormous pleasure to revisit Rose of Versailles with an adult mindset. I remember it being one of my favourite childhood anime but was surprised to find that it exceeded even my adult expectations; it isn't for children at all! Told from the perspective of gender-switched Lady Oscar Jarjeyes of the elite Royal Guard, who is subsequently caught between duty and justice, we don't get a simple ‘rich baddies against poor goodies' kind of tale, but an epic and complex weaving of backgrounds and personalities. Anyone with even a marginal understanding of history will understand that there's a rather important revolution coming at the end, so that in itself cannot be the hook. Instead, what drives the plot are the frenzied actions of the cast as they try to make the best of a stark situation. While the poor live in fear of starvation, the rich live in fear of becoming like the poor and, despite their superficial differences, each group is portrayed as drowning persons flailing against the inevitable. That's not to say everybody is flat and self-explanatory - far from it, the entire cast is a colourful pic'n'mix of personalities, with both good and bad intentions which do not necessarily lead to their predicted consequences. Let's take the aristocracy's treatment of the poor as an example. Just like the ordinary human, the rich aren't one-dimensionally selfish, but rather they make bad decisions or simply suffer from misfortune, or they realise the true nature of the situation too late to rule effectively, or all of the above. The plot is thus far from predictable, twisting and spiralling (mostly downwards) as the relationships and antagonisms develop. Plenty of subplots are on offer too, from Marie Antoinette's stumble towards ultimate doom to the ambitious Jeanne's cut-throat grab for power; and if that's not good enough, there's always Oscar and her best friend Andre's heart-wrenching romance.AnimationAlthough dated, Rose is still very watchable. The pretty character designs and bright hues, reminiscent of series like Escaflowne and spoofed in productions like Ouran, make me suspect that Rose is the anime that set the bar for my tastes later in life. Hair is golden, eyes are like lakes, tears sparkle, men are beautiful, and grass has never been greener. On the downside (for those who care about such things) there is much reliance on still shots and repeat frames but, to be fair, the sketch-like still frames are the gaming equivalent of cut scenes - they add more drama to the events and act as visual treats. Furthermore, I was pleasantly surprised by the relative competence of the combat sequences, which were detailed in movement and flowed nicely.SoundThe sound quality leaves something to be desired; it occasionally has that shrillness which accompanies old videotape footage. However, when it comes to other things like voice-acting and soundtrack, Rose of Versailles doesn't disappoint. Although the entire cast performed well, Oscar has by far my favourite voice because she achieves a difficult balance between the feminine and masculine, meaning whether in a dress or in a soldier's uniform she is believable as the same person. The soundtrack has plenty to offer for all the different moods and settings, with my favourite being the slow harpsichord version of the opening theme used during touching or harrowing scenes. The OP is suitable, although even now I prefer the German version (hoorah for youtube!) because the Japanese vocals just seem too high and soft to set the tone for the episodes.CharactersOscar, the centrepiece of it all, who like the opening image in the credits suggests, is a lone rose blossoming in a rather thorny place. Her main driving motivation seems to be protecting the honour of the state of France and the people she loves no matter whom the opponent. My biggest fear with characters like hers is that creators too often fail to deliver on their promise of someone just, heroic, and kick-arse whilst being simultaneously female. Fortunately, Oscar is not one of those cases, managing to match every guy sword for sword and pride for pride. Also, rather than ignore or destroy Oscar's femininity, the series grapples with it through her inner turmoil. She's not a transvestite or someone who particularly wishes to be sexually a male; her adopted masculinity was initially for convenience. However, later in life, it becomes apparent that she doesn't quite know what to do with the part of her that traditionally should be in a dress. Men still fall in love with her but then so do the women, who see in her the dashing hero so different from the conniving gentlemen of the Court. Watching her frustration through the relationships she develops, for instance with Andre, is a fascinating experience indeed. Then there is the infamous Marie Antoinette, portrayed here as someone so innocently hedonistic, gullible, and incompetent, that within minutes she pissed me off something rotten; there wasn't one episode that went by with her in it that didn't make me want to pull out my hair in frustration, shouting ‘Baka!' Surprisingly, she is also one of the more complex and well-characterised personalities. In fact it's difficult to judge most of the characters one way or the other because they prove subtle in unexpected ways. I'd argue the legacy of this kind of characterisation exists in series like Nana, where behaviour is painful to watch but which, in the end, is actually a reflection of the nature of life.OverallRose of Versailles, where love is tragic, greed is rife, and loyalty is absolute - it's great fun to watch but I certainly wouldn't want to live there. If you're looking for an anime where nobody gets a break and the personal and the political become intertwined in a downward-spiralling path of destruction, then this is it. It really delves into what it means to struggle and fall, providing a twisty plot with great cliff-hangers and superb characterisation.

Rose of Versailles starts strongly. Aside from introducing a likeable set of characters, the show sets the stage in a promising setting: France, in the years leading up to the French Revolution. Unfortunately, some absolutely asinine directing prevents the show from being anything but mediocre. The major problem with Rose of Versailles is not the general story in and of itself, but the delivery. Over the course of the anime, the show is sure to include several (repetitive) segments that focus on the desperate cries of the underprivileged, the tragic oversights of the ruling class, the hungry children dying in the streets, etc. Given the setting of the show, this is a perfectly fine and probably even expected approach to take. The error, however, is that the show then focuses heavily on the largely trivial activities of Marie Antoinette. The result is a weirdly hypocritical juxtaposition that can best be compared to some of the material found in mecha and hentai. With certain mecha, the audience must listen to heartfelt anti-war monologues in between bouts of long, drawn out battles. In hentai, many works will firmly state that rape is a Very Bad Thing, but not bad enough to actually stop animating it. Rose of Versailles, on the other hand, shows more and more forcibly that the upper class is ignoring what's REALLY important, all the while making exactly the same mistake. Some of the most interesting episodes involve the characters on the lower rung of society. Rosalie, a thoroughly unlucky and ultimately endearing peasant, has an unexpectedly poignant quest for revenge. Her extremely ambitious sister is also an immensely interesting character, and her personal story arc is probably the best of the entire series. Unfortunately, the time spent on these stories is minimal when compared to Antoinette's longwinded tales of ballrooms, dinner parties and gossip. When all is said and done, more than half of the show is filled with meaningless shoujo that I cared absolutely nothing about. By the time the second, infinitely superior half finally rolled around, I had already lost most of my personal investment in any of the characters. Interesting things began to happen, but I was no longer interested. That said, the series is a bit too grandiose in its sheer ambition to completely dismiss. There are moments of excellent drama, and the originality of the entire project definitely boosts its overall merit. However, in the long run, there are better works out there.Animation Excellent character designs contrast with some occasionally shaky action scenes. Overall, this is a top-notch job given the show's age, and a decidedly below average one when compared to titles made today. Either way, the quality of the animation was largely irrelevant to how much I enjoyed the anime as a whole. The series doesn't depend on the animation to entertain, instead relying primarily on its storyline and characters. Sound My impression of JPop up until this point was that the farther back on the timeline you went, the more awful the music became. Rose of Versailles' OP, while not necessarily proving this belief wrong, is at the very least a welcome exception. The song is surprisingly catchy, and actually does a nice job of setting the mood of the show. The rest of the music is largely instrumental, and generally quite well done. While some of the songs become a tad repetitive near the end of the show, for the most part they work well with the story. Voice acting ranges from good to excellent. The Rose of Versailles: I'll Love You As Long As I Live 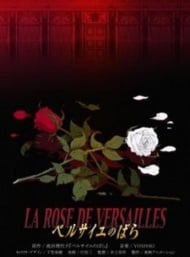 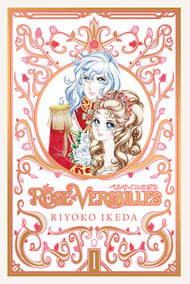 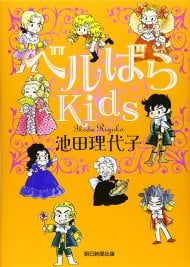