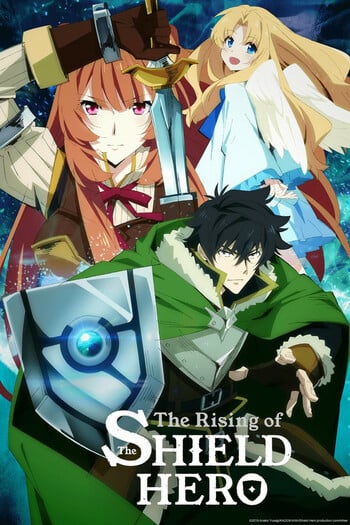 The mysterious girl that showed up out of nowhere was actually Filo. She's a filolial queen with an advanced transformation ability, and she can even take human form thanks to it. However, her clothes get ripped every time she transforms, meaning Naofumi has to get her some magic clothes if he doesn't want to go broke. The party leaves on a new adventure to gather the materials required.

Another isekai where the main character starts from nothing (or worse) and builds his way up in the world. Similar settings, re:zero goes much more into the misery of it all and has much more interesting adventures. Better animated too, besides background characters in a few places.

The Rising of a Shield Hero is transporting to another world with everyone going against you. Re:Zero has that twist where most people like you so it's fun to see the different point of views since some people were not suppose to be summoned to begin with anyways.

Both of these animes are about a guy who gets transported to another world. The rising of the shield is a bit more about the gaming aspects of RPG's such as grinding, leveling up and so on. But for Re:Zero it's about a guy who get's transported to another world and when he dies he is revived at the last checkpoint. If you like one the other shouldn't be very far off.