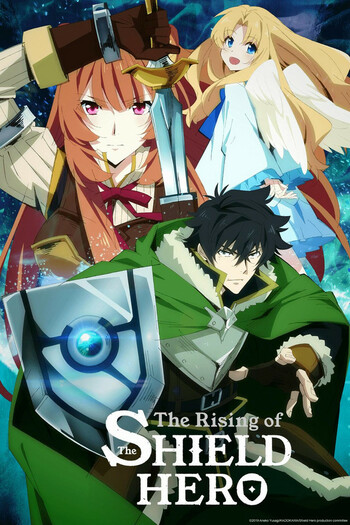 The Rising of the Shield Hero Episode 4 - Lullaby at Dawn

The Wave is gone, but Naofumi's relief is short-lived as Motoyasu challenges him to a duel in the middle of the celebratory banquet held in Melromarc Castle. Motoyasu insists that owning a slave is unbecoming for a hero and that Naofumi free Raphtalia at once.

It has a lot of the same themes though it is much more comedic. The story is similar where  the main protagonist goes to another world and ends up getting slaves. It's actually not bad so don't drop it just because it's an ecchi.

Both anime include a shut-in person that gets transferred into another world. In both of these anime the said person gets cute girl slaves and adventures with them.

here we have yet another "shut-in otaku" where they get "transported" to another realm where it's different from their own, thus facing all sorts of magical and mystical aspects such as dragons, goblins, and spell casting.