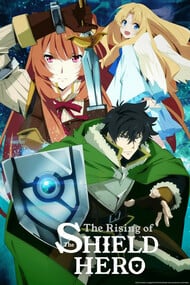 To be honest, I'm not sure why many are hating this due to what happens in the first EP. That crap happens in real life, and it or something like it is needed to help move the story. The overall story is pretty generic. Some person or group gets zap to a fantasy game like world. They have to do xyz to get out. During the time they can pretty much live their life like they want. The difference between this and the number of others that went down this path is unlike most of the other stories. The main person is starting from the very bottom, and the world they are trying to protect hates them. There is some of where the girls around him are wanting to sleep with him. But up to late, it really didn't show at all, and I suspect it won't get much deeper outside a few ep in the future. Note, one thing I'm not a fan of is how the main person is able to overcome mostly everything. It is starting to feel like they are moving to God like than someone struggling and in real danger. Like it is the one trap many shows fall into where the main person is way too OP sooner or later.I most likely won't edit this review. But assuming the main person keeps becoming more and more OP. I can see this becoming more and more boring. This is the problem I'm running into with other shows like that time I got reincarnated as a slime. Like if they want to go down the path of mostly everything ends up being about the fight/adventure. Then I need to feel there is a real chance that people can get hurt or die. Where right now it's just annoying until the person gets cured. ____  Side note to anyone making any anime If they want to keep making the main person more and more OP. Then I suggest any future anime makers take note and make the show about something other than the adventure/fight. With no risk, it's boring. But if the anime starts focusing on the social aspects. Then this could be worth while even with the main person being OP. But to have a great show, you need to mix the 2. Re:Zero is a good example (even if it's not perfect). There is a real risk the main person will die (and they tend to do). But it also looks at the social a bit. Re:Zero messes up because they don't use logic. In that one, the main person could simply make some easy painless poison, and use that as a reset since all the actions of EVERYTHING should be 100% the same as before.

When i started watching Rising of the shield hero i was kinda hyped and couldnt wait for new episodes because of the interesting plot of a "hated" main character and the 4 heroes that got summoned with each of their weapons, i really liked the first episodes and the way he got betrayed by almost everyone near him, but then in the newer episodes they have almost completely skipped the main plot and is just following around the mc with his wagon raccoon girl and bird loli helping random people. at this point the anime has turned into some weird isekai harem anime. the anime hasnt finished airing so i cant for sure say im completely dissapointed but the way this anime is going is dissapointing. 5-fun de Wakaru! The Rising of the Shield Hero 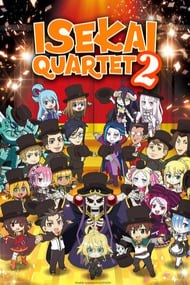 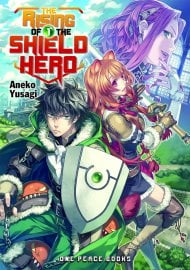 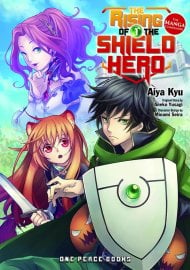 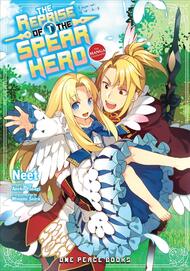 The Reprise of the Spear Hero 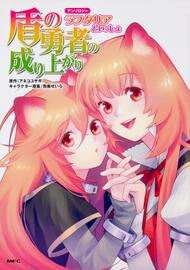 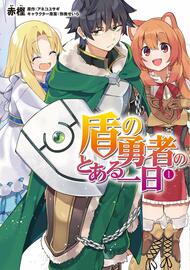 Tate no Yuusha no Toaru Ichinichi 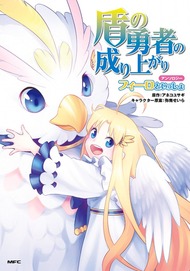 The Rising of the Shield Hero Anthology: Filo to Issho Tate no Yuusha no Oshi Nagaki