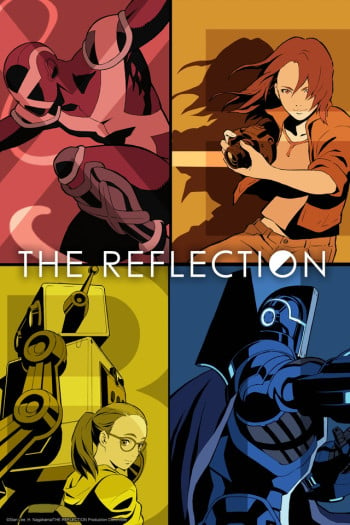 *sigh* The Reflection... was a great big disappointment and shouldn't be excused for its flaws just because Stan Lee helped make this. The music was great and that's the only positive thing about the show. As for the animation quality, it was straight-up atrocious. I'll give them some credit for trying to create a unique art style, but even that's not even appealing. Now on to the characters, everyone in the show felt one-dimensional and the story isn't that great either. Simply put, this anime is not worth anyone's time. 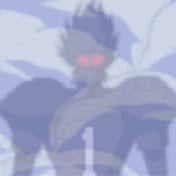 I have to say that when I saw the trailer for this anime, I was so hyped, the character designs were extremely well done. And the trailer looked as if it was going to be a masterpiece. After watching the first episode I coudln't have been more disapointed. All I can say for sure is that it has a unique art style and a good soundtrack when it's actually used.

The style of The Reflection is actually not something that I think would "appeal to everyone" as Stan Lee suggested in a commercial that aired in Japan for the show. I'd say that it has some elements of different types of shows that many different groups would enjoy. However, to say that all these groups would come together and like THIS show is a stretch. For me, it's like watching anime through an American comic book lens. However, while some of the anime style has recent and common traits amongst newer animes today, it also has elements of early 90's anime shows. The comic book style is definitely Marvel-esque. Overall, I'd say it's a neat show, but so far I'm not impressed with the story line. Hopefully it gets better as the show develops.

The music so far has been pretty cool. However, it;s a bit annoying how much they played the SAME SONG OVER AND OVER in both of the first two episodes...

I really like the X-On guy's ability, but there something about it that botthers me... I feel like I've seen it somewhere before. I just can't remember. I believe it was an anime. Regardless, the animation is very stled, so unless you're into this type- (strange, Marvel-esque, 90's...) then it probably won't be for you. Also, the design of several of the characters is BEYOND PLAIN. I know that it has to do with the style of animation and that the intricate design tends to fall away when everything is getting washed, but they still could have done much better.

The backgrounds are noisy, artsy, and they help convey that Marvel theme that i keep talking about.

I guess, in the end, you really just have to watch the show and see what YOU THINK...because, ultimately, you don't and shouldn't care what others (I) think about the show...everything comes down to your preference.