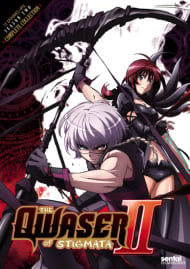 No sooner has the matter of the Sword of Maria been resolved when word comes of a NEW ancient artifact: the Magdalene of Thunder! Now Sasha will have to go deep undercover as a female student at the all-girls’ Seirei Academy if he wants to discover the identity of the holder of this legendary item. But when another Qwaser also comes searching for the Magdalene, Sasha will have his hands full juggling class and his newly assigned Maria, Hana!

Wasnt my style of anime.  the story isnt very good, no clear plot or patterns. its mostly just tits with the occasional fight, its not even that funny either.  Honestly horrible anime, finished first season but just couldnt get into this one at all.

Seikon no Qwaser...Immidietly those words bring people to think "OMG TITTIES." Well, that's a good point. There are indeed lots of titties in Seikon no Qwaser and the second season is really no exception. Within the 12 episodes of this series, there was just as much if not MORE fanservice then there was in season 1. Well, that's enough about titties for now. Let's get on to the review itself.   Despite the large amount of tits and fanservice, Seikon no Qwaser's first season was actually a pretty good series after it got going. The second season did the opposite to that. Starting where the second season left off with Sasha and Hana transferring into an all girls academy, they are given the mission to locate the Magdalena of Thunder (Not sure if I got that right) by...You guessed it, having Sasha suck the Soma out of everyone at the academy. Ultimately, this sets up for a nice story arc, for exactly the first half of the series. This series started out much like the later arcs did in the first series; Quick n' Dirty. That's in fact a good thing though, creating a very good story arc for the first half of the series. Here's where most people's fault is though; The second half. The Second half is really just...nothing. It's just 6 episodes of absolute nonsense. While most people see this as a fault though, I really just saw it as filler preparing for what is Inevitable, that being a season 3. I personally enjoyed the relax and slow tempo of the second half of the series, feeling it was a nice break. It could have been done better, but it was still done well enough to be able to enjoy.   One of the big things in this series is the music. Many of the songs are the same as the first season; this again is not a problem though, as the soundtrack for the first series was amazing! This series adds to that sound track with, most notably a new Opening and Ending (Of course...) both of which are as good as the openings/endings in the first series. In all honestly, I hope for a 3rd season just for another godly set of OP/ED's. The new cast of characters weren't that great. They don't really add anything special to the series as a whole, with only one or two returning during the second half of the series anyway. The main cast is still made up of those from the first season (Except Teresa.../wrists) but I loved the first season for the characters; So I was okay with this.   Overall, Qwaser II is a decent series. If you enjoyed the first, you're likely to enjoy at least the first half of this series. If you really are a fan though, you'll also enjoy the second half, and just like me be looking forward to a 3rd season!

Story: Sup dawg, heard you watched Seikon no Bitches and wanted more titty action so we made Seikon no Bitches II which has even more tits in half the run time! And all for your viewing pleasure, you sick perv. And that's not a mistake. The official nipple counter Schizm didn't lie. He just excluded some of the tits. The plots this time around cuts down on the dicks with an all-female school + a crossdresser + an obvious expat from S1. Who else in this show has a scar? Don't answer that, I didn't pay that much attention. The plot itself is generally easy to follow but contains enough bullshit moments for you to question it. Complete blindness, character derailing moments, completely questionable moments, and the only saving grace of it all is a fashionable nipple clamp. This goes on for half it's runtime, ending on a crappy note that goes past generic depravity and leaves the viewer unsatisfied in terms of intelligence, finality of it being over, a satisfying end and a calm stomach. And that's not even going into the events that happen in that arc. That nipple clamp, appears in the filler for the rest of the season. The filler is, quite frankly, complete shit. It starts from bad and goes to nearly gouged out my eyes shit, and it's in those episodes that the nipple counter reaches it's all-time low and fucking ball dropping high. But I'm not being fair. It returns to plots at the last episode, offering an unsatisfying sequel hook of an ending, some last minute character returns, shafting, Joshua, Son of Hermes, some hardcore tittage, nipples and the glory of it finally being over. That moment, of this shit being at the end, was so fucking glorious. Best of all, the plots offer up tengu masks in the filler, or those masks with the boner noses. It was real awkward when the loli had one. I will give it points for Sasha getting 20% of the school. 20%! That's how much this shit improved. Animation: Unsurprisingly, the animation is fucking gold. Them nipples and the sizes of the breasts are more varied this time around. From pettanko and fucking huge, this has both sides of the spectrum and nothing inbetween. No need for modesty here folks, that requires class. All glistening and oiled up, them bitches keep 'em nice and fresh for the Qwasars who go to town on them, excluding one named female. Maybe. Unlikely. The show takes it up to eleven and surpasses the sexual deviency of the first by trespassing into fetishes that aren't seen on normal, censored shows that bounce on the line between ecchi and outright hentai. Kinda creepy? Yes, but it's Tits the Anime. It also censors the crotch area, but that's a given. I mean, it's blank when it's shown, but then again, that EP makes it extremely uncomfortable. And I mean uncomfortable. If it weren't for that cool black silouette part that has the worst animation in comparison to the glistening butter of the cleavage, I might have had to dock a point. But as it stands, this is the best part of this tit fest. Sound: Nothing beats the first season's first EP, but the OP and EP were what helped to keep me sane and myself while watching this shit. The EP especially, as it signaled that the episode was over. Some tracks from the first season make their return and the VOs do their pleasured moans, groans, squeals and what not well enough. Characters: Oh good lord... holy fuck this was fucking bad. You feel nothing for these characters. The villain even had a backstory and with the way he was acting, you couldn't even feel any sympathy for the generic tale. The girls are the same as always, if not worse, except for one who did a complete twist from what I thought she was and fucking ruined it. Sometimes they act completely fuck balls dumb and other times, can't make up their mind and bounce around like a set of large tits. A few other backstories are given though, which is a plus and for once, one girl felt horribly violated at Sasha's rape! She went on for it for a episode or two! That's unfounded! His technique is so good that they usually just get extreme pleasure from it. That, is fucking character development. A pity it doesn't mean much in the grand scheme of things. Long story short, you aren't here for deep characters, you're here for them tits. Overall: Gawd, if this was as long as the first, this would have more titties than all the nipples of the titty anime aired that year combined. Fucking outrageous. But titties don't make for a good plot, characters or moral decency. It digs deeper into the barrel without offering anything substantial in return apart from boobs. If you enjoyed the first season as the depraved pervert you are, by all means watch this one. It's not required to watch the first though. 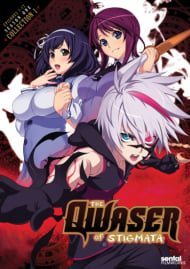 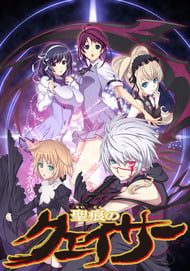 The Qwaser Of Stigmata Picture Drama 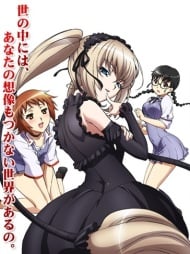 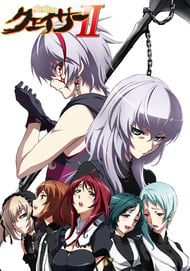 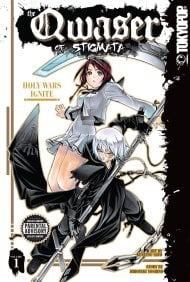