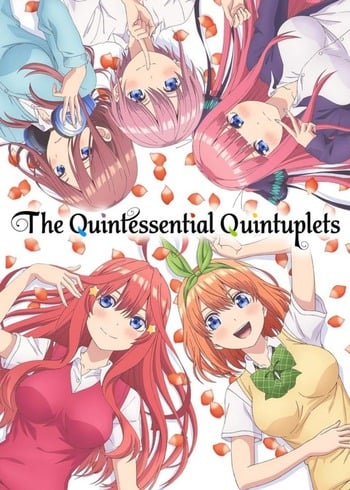 Note: There has only been 9 ep out on this as of writing this. But I have a good feeling things won't change by that much.

I'm not going to get into what this is about since the description does a good job. But to start with, this is pretty hard to see as a herem. The "romance" comes off in a highly believable way. In fact, I'm up to ep 8 right now and none of the women really has flat out fought any other women for the guy, said they love him, or anything like that.

The guy however hasn't shown the slightest of wanting to be with them. Like he is treating this as a purely professional job. And this is one thing I wouldn't buy since he is in high school, and no parents are around while he is at the girls house. Keep in mind you're talking about hormones and lack of experience in a teenagers body. I mean sure he wouldn't be sleeping with them. But he would've question or tried to see if the girls or one of them are interested in him. Keep in mind, maybe it is a cultural thing.

There is also other small things that bugs me. The main guy's sister having to basically take care of herself and cook/clean (she looks like she would barely be able to see over the counter). And again this could be a cultural difference. But there is even spots where it showed where the brother is in fact in school. And she called him from home. So is she home schooled? If so, who is the teacher? Is she skipping class?

Again that could be a cultural or legal difference between here in the USA and Japan. And what I'm getting at is this show, while it is good. There is a number of these small things that doesn't translate well into the USA. At least for someone who isn't from or really care about living in Japan. Like I would imagine in many places it's the same where it doesn't translate well.

There is a few other times where something is off. For example, there has been 2 or 3 times where the girls would try to trick someone. But they all have different hair color. It's hard to say if this is for us and that away it's to say who is who. Or maybe their hair color really is different from one another. In fact, based on this you can figure out who the guy is getting married to.

My other problem with this show is it's kinda slow and can be a tad boring. I found its good to wait for 2 or more episodes to come out before watching it. But obviously this will differ from person to person.

Lastly, my other problem gets into this show following the stereotype person. Where you get an all or nothing. Like you get an all or nothing tom boy, mean girl, and so on. Yes some of the girls have some depth. But most don't. Like the shy girl and the slacker (even more the shy girl) has a layer of depth that is worth it (while the other is shallow). But the others are a all or nothing. Like if you scratch the surface you will only find 1 or maybe 2 personality traits.

In my opinion, this is nothing more than a good time kill. Maybe it's worth it if you're into sitcom stuff

Man this is fun show. I watched for the harem tag and got something much more wholesome. The fact that its between 5 sisters and not just random school girls really makes the dynamic interesting. I also really appreciate that Fuutarou is pretty solid on his own (while a little naive), he's not your stereo-typical dumb luck harem king. He's smart and successful on his own, and while at one point driven by money, realizes that he really does care about the girls and helping them succeed on their own as well.

If you like this anime, I honestly cannot recommend reading the manga more. The anime only takes up about a third of what's come out in the manga, and it improves on the story so much more. The anime didn't get too romantic, but the manga (eventually) dives head first into it. Its a blast to read and see how the characters are devoloped once things progress past what we see in the anime.

After reading the manga as well, this season was a pretty close 1:1 of what was written. And I can totally repect them for doing that. I hope that means we'll get a season 2, I'll be buying some merch to help out for sure.

There were some odd scenes that felt lazy. It was mostly out of focus/background faces, I saw most of them on Instagram. However they really catch your eye when you watch, so I'm kinda surprised they made it through production. Other than that, when the picture was focused on our characters it felt well animated and I really enjoyed the colors that were used.

I'm a big fan of the OP, I really liked how all the VA's got to do a song. Could've used some more animation, as there's a lot of still shots, but the musisc was great. For the ED as well.

Manga best girl: Nino (I now understand all the comments, trust me, you gotta read it)

I personally loved this anime! I thought the writing was honestly amazing! I loved that in this anime you culd see the gradual connection of everyone starting to fall for them and again the mystery at the end of who really is it? Because in the end they point to the fact that they are identical (because of the photo when they were younger) which means they died their hair in high school so they could of all grown it out so who knows who realy is the one who married him. And at the end I couldn't help smiling ear to ear it was so cute. And it seemed as though over time you could see these three girls who really cared for him after a while. Which created marvolous writing. Which on the downside they did leave two cliff hangers I would like to be solved. 1. WHO did he get married to?! That last scene was not fair. It's impossible to know who. 2. Did they ever find out which one influenced him to start studying int hat picture?! Like I wanna know! Ugh! It was so good I enjoyed everything about it! And the animation was really good. I was skeptical at first wasn't sure how I was going to take this show and wasn't sure if I liked it but it really pulled together to become a great anime at the end! I am very satisfied that I watched this, and may even watch it again in the near future!

It is a standard harem show. Like most harem shows initial plot device that brings everyone together is trivial. The characters have some good potential and grow throughout the show. Even though they are close sisters, each girl has a very different personality. There is: The Natural. The Introvert. The Sadistic. The Energetic. The Cool. As with many harem shows the goal is to get the viewer to choose the bride. Not as fan-service based.

The animation and sound are average.

Let me preface this by saying that, as a straight female, I rarely (if ever) watch harem anime. However, I gave this show a chance--and loved it. Not only do the girls have quirky and adorable personalities, but the main character treats them like actual human beings instead of groping them/falling face first into their boobs/trying to peep on them in the bath. I also appreciated that none of the girls fall for him at first sight, but rather come to like/respect the MC over time (the way it works in the real world). So, even if harem anime isn't your thing, give this one a chance. You won't be disappointed!