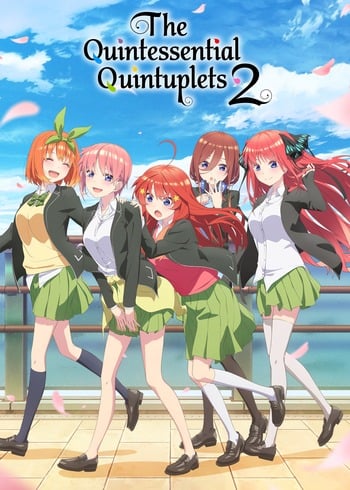 Nariyuki Yuiga comes from an impoverished family, so he’s eager to secure a full scholarship to college when he graduates high school. His principal agrees, with one stipulation—he must tutor the two smartest girls at the school and make sure they get into their target colleges! Rizu is a science genius who wants to study liberal arts. Fumino is effortlessly good at literature, but math makes her head spin. Nariyuki is stuck between a rock and a hard place, but who can complain about tutoring a couple of cute girls?

Ane (Older sis) is uber perfect; she’s beautiful, intelligent and is admired as the president of the student council. But, when it comes to her little brother, she goes nuts, unable to control her over-the-top obsession with him. Their days get even more chaotic surrounded by a bunch of oddballs, from a mentally-disturbed best friend, their little sister with a sister complex, an ex-punk convenience store manager, a hardcore masochist, a loli-con and more!

Kokubo Masahiko is normal Junior High School student, but because of his bad grades he gets a home tutor known by the name of Hamanaka Ai. With help from her senpai Nakamura Ryoko, she goes about her days being a home tutor to a young boy bringing perversion and misunderstandings along with it.

Mitsuki and Yuuya have just become step-siblings, and are working to adjust to their new lives as a family living within the same house. While Mitsuki is cautious of this new relationship with her ‘older brother’, her inhibitions quickly take a turn for the perverted when she’s suddenly possessed by Hiyori, a ghost girl with amnesia. As if things couldn’t get any worse, Hiyori forcibly outfits her with a chastity belt that’s so restrictive it often causes the girl to pee herself - not to mention, in order for Hiyori to finally reach heaven, Mitsuki needs to experience a certain amount of sexual pleasure and energy… with her big brother! Now, between trying to not soil herself and trying to get used to Hiyori’s hands between her loins, Mitsuki will do her best to survive her new "family" life with, or without, her virginity intact.

Somewhere between magic, art and science exists a world of alchemy. And into this world travel Edward and Alphonse Elric—two brothers in search of the Philosopher's Stone, the ultimate alchemical treasure!