Prince of Light - The Legend of Ramayana

Prince Rama of Ayodhya is a wise and mighty warrior, believed to be an incarnation of the great God Vishnu. His prowess is virtually limitless; he slays mighty demons, wins a contest of strength to marry the beautiful Sita, and before long is announced as the successor to his father's throne. However, not everyone is happy with this turn of events. King Dasharatha is manipulated into naming another son, Bharata, as heir and banishes Rama to a forest for fourteen years. Accompanied by Sita and his brother Lakshama, Rama lives happily in the forests until the evil King Ravana concocts a dastardly plan to steal Sita away! Now Rama must rescue his wife and defeat the demonic King who has terrorized the land for years.

960 users are tracking this. Log in to see stats.

StoryReligious epics are always going to be hit or miss in terms of enjoyment value. Either you want to see the triumph of Good over Evil in a simplified but drawn out battle or you don't. Therefore, I would have to preface my review by stating that my failure to care for Ramayana is as much attributable to its nature as to its presentation or execution. With this said, the story is about as bland as they come. Predictable and uninspiring in equal measures, Ramayana's plot can be summed up in a handful of words - "Prince marries Princess, encounters adversity, fights evil, wins". This alone is not enough to condemn Ramayana - after all there have been several great stories which follow this tried and tested formula. Rather, the anchor which keeps this film rooted firmly to the soil of mediocrity is the fact that all of its distinguishing features are either entirely incidental or too culture-specific for me to appreciate. While I'm certain that someone familiar with Hindu mythology might have understood and appreciated a giant monkey tearing the top off of a mountain, it drew only a very tired "what the hell?" from me. In short, Ramayana offered me nothing that I could fully enjoy and only a handful of plot elements that I hadn't seen and grown weary of many times in the past. AnimationRamayana's animation is pleasant and its colour palette and the character design are somewhat reminiscent of Disney films of the era; Aladdin would be an obvious but still apt example. Even the most casual glance makes the film's age clear, whilst a more intent scrutiny will uncover a handful of flaws - a colour-changing moustache being an obvious if not solitary example - and yet a certain smoothness of motion and general simplistic feel should be sufficient to pardon these defects in the eyes of most. The design of the monster and demon creatures are imaginative and distinctive but other areas of design show a lack of thought; Ravan's chariot, for example, is supposedly powered by flying horses, but it looks and feels like they are simply flying a few yards ahead rather than supporting or pulling the vehicle.SoundI watched the Indian dub of the film and - aside from Amrish Puri's attempts to steal the show as the nefarious King Ravana - the voice acting leaves much to be desired. It can't have helped that the cliché-burdened script contained as much inspiration as a sackful of dead lichen, but the voices range from the unwieldy booming heroism of Prince Rama to some minor characters who seldom sound like anything other than people in a voice recording studio. The soundtrack chiefly comprises generic orchestral pieces; the sort that blend into the periphery and are lucky to be remembered for even a minute after they finish. However - almost as if to prove a point about the importance of background music - a couple of scenes, including one climactic fight scene, are entirely bereft of musical accompaniment. Much like an octogenarian wandering naked through a crowded city, this attracts plenty of attention, all of it negative. The soundtrack finds a degree of reprieve and leaves a good impression thanks to the welcome inclusion of some Hindi tunes. Not only were they pleasant to listen to and apporporiate to the subject matter, they also gave the film as a whole a slightly less generic feel. CharactersWith the re-incarnation of Vishnu on one side and a demon king on the other, it would probably be unfair to expect this film to present any complicated interactions or ethical shades of grey. Indeed, the nearest the film comes to breaking the strict bad guy/good guy division is an exchange of compliments between warriors on either side and Prince Rama's decision to cremate his foes along with his friends because, you see, they're people too. Even making allowances for such simplicity, however, the characters are almost exclusively disappointing. There is no compelling reason to wish for Rama's victory or Ravana's defeat aside from a disembodied narrator promising everyone at the start that Rama was definitely good and Ravana most assuredly evil. OverallEverything about this film belongs to an age long past - the clumsy development and resolution of conflicts, the heavy-handed morality and the character archetypes weathered unkindly by centuries of use. Had it presented a relevant ethical lesson or somehow provided a new take on a clearly ancient myth, it may have had something to offer. Nonetheless, as things stand, Ramayana supplies no real reason to recommend itself to anyone not directly interested in Hindu mythology. 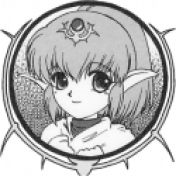 Story: Everyone knows the story, or ought to - you aren't watching this to be surprised by plot twists! If you don't know the story, read Shri Ramcharitmanas or Valmiki's Ramayana; it's worth your time. My only complaint is that they skim a little too casually over points of potential controversy in various tellings (especially leaving out material from Valmiki). Animation: This was commissioned as a joint Indian-Japanese project with a substantial budget, so naturally the technical quality is good (for the era). It does suffer from age. Sound: The songs are good, but "Ram Doot Hanuman" stands out in particular as excellent. Characters: Come on, what are they going to do, make Vibhishan a robot? Everyone's pretty much portrayed as you'd expect. Overall: This is a pretty competent production. That's not entirely a good thing, since it does feel more like a "competent production" than a heartful telling of Ramayan at times. Still, it's worth watching if you're familiar with South Asian culture, especially for "Ram Doot Hanuman" and the other songs.