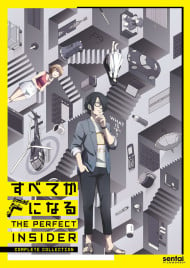 I have a love-hate relationship with A-1. They either make high quality shows that tops the charts every year like Anohana and Birdy, or very promising shows that faceplant mid-way such as Sword Art Online or Oreimo. When I saw that they were doing Subete ga F ni Naru, I was really excited, and really scared. Subete ga F ni Naru is an amazing mystery novel by Hiroshi Mori, that I've read several times. Luckily they managed to capture most of the great aspects of the book. Story: The story itself is fairly generic. though not quite saturated. Our amazingly well-written MCs head to Seafoam island, to meet the a genius, Shiki, whom is being kept locked away for murder. As our duo make their way to see her, the power in the facility suddenly goes out, and Shiki is found rolling out of her room on some dolley shit, in a wedding dress, with her limbs severed. Velma and Shaggy then do their best to solve the mystery. While the beginning few episodes are a bit slow and confusing, the plot train soon hits you with no signs of slowing. It's an incredibly engaging locked room mystery with an end I guarantee none of you will guess. Seriously, the book destroyed my mind. It does throw in some philosophical bullshit here and there thats one of those "2deep4u" kinda things, however it's pretty easy to understand. Animation: When I saw Mamoru Kanbe as the director, I was a bit iffy. He doesn't have too much experience under his belt other than Elfen lied and Demon Prince Enma, which are pretty mediocre, and I really wanted Subete ga F ni Naru to get a great adaption. Luckily my bae Kanbe pulled through. The art-style and attention to detail is superb. I found myself just staring at Souhei's cigarette smoke constantly. The way it flows through the air, how it wavers with the slightest movements, everything was amazing. I may not smoke that dosh, but I can appreciate well animated doobies. The sunset scene near the end captivated me as well. In case you missed it somehow, just focus on the scenery and enjoy the view. The simplistic style they chose by slowly changing the tones without fancy angle changes was phenomenal. Honestly made me think of the low budget scenes in Evangelion but in a good way. Sound: A good opening in an anime will make me love it no matter what it throws at me. The opening to Subete ga F ni Naru proved to be one of my favorites of all time. It was simple, well animated, and sung by a personal favorite of mine. There are so many metaphors in it that I couldn't help but notice something new every time. The anime itself also had great BGM. From the spooky atmosphere, to the simple sounds of pens and lighters, everything fits. https://www.youtube.com/watch?v=FFNka8_GIJ8 Characters: Moe Nishinosono: I don't know why but every time I look at her I feel a familiarity. She reminds me of main grill from Nozoki Ana to be honest, but whenever I compare them there's not much similar. Whatever it isn't important. What is important is how likable she is. She's scheming, witty, smart, cute, and an all around great character. Her back story and development was very well done, and the way she desperately tries to figure out the mystery while Souhei almost has it concluded was adorable. I was afraid they'd portray her as a clingy student in love with her teacher, but instead they gave her a mature and realistic vibe. Best grill by far. Souhei Saikawa: Souhei is the type of male lead I prefer. Intelligent, aware, and not a brick wall. While he does seem to ignore Moe's advances and questions, he proves to be aware of her feelings. He's not as emotionless as other characters similar to him, which is nice. He's able to figure out most of the mystery himself with some help from Velma, and the ending scenes that gave us a glimpse into his inner being and personality was great. All around good match for best grill.

It's a noitaminA show which I very much enjoyed. There are many people that disliked it, but I was not one of them. Subete ga F ni Naru is a mystery detective show, and, unlike Ranpo Kitan (previously shown on noitaminA), actually has a mystery and detective work. It's a closed room story -- and I found quite interesting. Granted, I don't watch or read many detective stories, but this one really captivated me. It is similarly driven by deeper themes -- philosophical questions about the nature of a person, freedom, love, death. Some found it shallow, pretentious even -- I didn't. I felt like the questions were asked naturally, answers proposed cautiously and not simply, as a lesson from a mentor. There are many doubling themes over the series. The Perfect Insider has two timelines, one, with Saikawa and Moe, and the other in the past, with the young Magata. Both of them are engaging an important to the plot, if a little slow in pacing. I enjoyed the slow build-up, as I absolutely loved the characters interacting. I watched the whole anime in two sittings, introductory 2 episodes, and then 5 and 4. I recommend that you marathon it. The three most important characters are considered to be very bright (Magata a genius, even), and seeing them interact, their wordplay, the dense relationship they have, the three of them, was very compelling. I found it very well written in this aspect. There are also secondary characters like the Director Shindo, or even less interesting ones, which are very one dimensional, but the main characters are fleshed out quite deeply. Visually the series was stunning. The simplistic yet extraordinary character design, the animation and emotion that it conveyed, the backgrounds, the dawn scene -- all were remarkable. As for the sound: voice acting was generally great, apart from the infamous long English scene that felt somewhat forced vocally -- as it made perfect sense from the plot point. OP/ED are remarkably good, not obvious both in their tune as well as visually. The OST had some remarkable tracks. The Perfect Insider is not a perfect anime, however. There are some inconsistencies, or the animation suggests them -- the placement of the second body. The importance of virtual reality in the story even though the viewers are only introduced to it in 6-7th episode. The field of Saikawa and Moe is not clear -- just that they are extremely brilliant, and that Moe is good in maths. And yet she disregarded an important clue. But this can be explained that a) she's not a programmer or a mathematician per se b) she's a person and makes judgement mistakes. There is also an issue with Shiki Magata's sister -- Maki, and her recognition by the directors wife. Again, perhaps rewatching the series would clear those questions. I am certainly going to do so. Unfortunately, despite being an opening novel in the series, the anime will probably not get a next season.

This is one of my top list since I've watched it from a long time. Honestly there's a lot of complexity logic solving here and there, some of them I didn't remember now at all. But it was a great anime, it wasn't too slow paced for me, and it was really more focus in the mystery itself. There's a good thrill here for insights as the story progress too that you will always look forward to. (Spoiler) since on the episode where I saw how Magata behave with her uncle, I already have the feeling there. Specially on the early episode where both arms and limbs were totally cut off, I had the feeling that from the title itself "perfect insider" it became obvious that she's pregnant when she got locked. But it didn't kill the fun for me since there's a lot of things to uncover still. But overall, yes, I like this anime a lot. 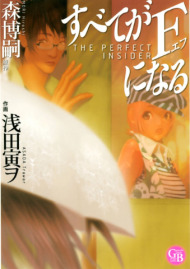 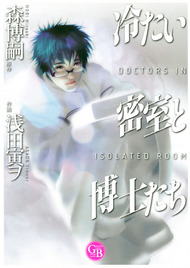 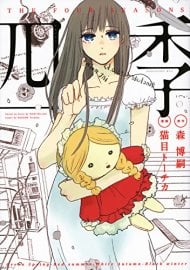 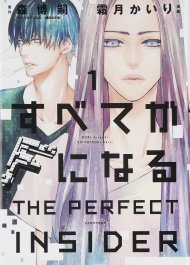