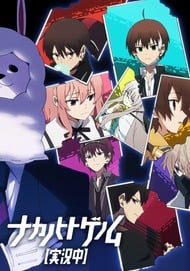 So, let me start out by saying that the synopsis of this show is not on point. I was expecting something else and sorta avoided this show because of it. But eventually, I saw the first EP just to try it.  Boy am I glad that I did xD  This show is, structurally, just like Dangaronpa. The actual playout is absolutely hilarious. I am laughing everywhere. The show has themes of horror, humor, mystery, and more. I have no idea how they pull it off, but this show has everything while still meshing really well. Best of all, the story isn't as simple as it appears...  If you have seen my other reviews, you will notice that I am quite critical. I honestly have not found anything I am upset with in this anime. It really is a treat to watch.

all of the characters were so intriguing and the alpaca was just hilarious  I'm not really sure if it will get another season but I really hope it does, I wish they told us more about the character's backstory, but it was enough  the ending confused me though, I do only watch anime and rarely read the manga, they say there is a clearer explanation in the manga so I might just have to read it orrrr wait for another season ( hopefully )  overall it's a great anime and Its certainly up there with my favourites! 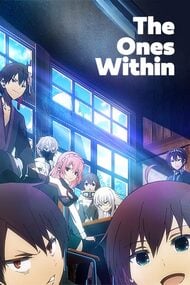 The Ones Within: Knots of Memories