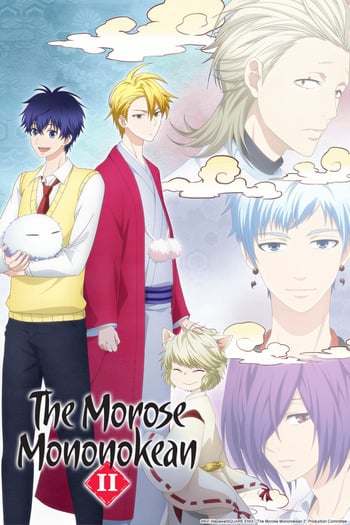 First of all, the music is good as far as I can tell, but for the most part it's also not super memorable. The opening and endings don't really thrill me and I mostly skip them, so that's why sound doesn't get a perfect score.

Everything else really impressed me. I had to rewatch the first season just to make sure I was getting all of the full story with this. There's something extremely relaxing about this series. It's almost slow... but just fast enough to keep me engaged in the world and interested in what will happen next. The characters are all fantastic, but if I had to choose one I'd say Yahiko is perhaps my least favorite, simply because he doesn't seem to change much, and mostly remains kinda bratty through the whole thing. It's entertaining sometimes, and understandable, but I would like to see a bit more growth and story from him in the future.

The main character however. I don't want him to change (at least not much XD ) some may disagree but his spaztic nature is really endearing to me, and honestly relatable. I feel the same way on the inside a lot, and just don't express my feelings on the matter because I'm afraid of judgement. But he let's his feelings be known, and so I really feel closer to his character.

For the story as a whole, I'm all the more excited. There are a lot of open ended questions and unresolved story lines but I think that's very much on purpose. I would have to guess that there will definitely be a third season, and I'm very very glad that they didn't steam roll through and make more anime only content. As far as I can tell, the manga isn't complete, and at this point there may not be enough content to make a third season, so I think the anime's creators are waiting for more from the author of the manga before continuing with the rest of the story. I really respect that. Anime only endings can be a double edged sword... like in the case with FullMental Alchemist. The original did not have a good ending, in my opinion at least, and the people who came up with it didn't know the author's ending because it wasn't finished. Personly I felt like it made absolutely no sense and made me just feel sad and unfufilled in the end, but brotherhood used the manga's ending, and everything really fell into place in a much better way, surpsing me in a way I didn't expect. This is a bit of tangent but the point is that anime only endings can sometimes be a disastor, and I'd rather wait a while more for my content then push it to go faster faster! and get something subpar.

Overall it's almost a 10/10, my only gripe being that the ending and opening themes were blase.

im not giving this season 10 out of 10  because i love the first season but this second season leaves way to many un anwsered questions ..you find out so much info but none of it yet to be touched upon i guess the author setting it up for a third season .. but  other then that it was a good watch still fluffy in there , new charcthers added but not to many and also ive switched favorite charcthers from ashiya to  abeno  >.< his tsundere attuide was even better watch this season ... if you love first one  make sure you watch it you will love it ! but not going lie ends going leave you like wtf ? but what about this .. and this ?this 12 episode really needed to be a 24 to 25 episode ...  though pillow scene in the anime is hilarious