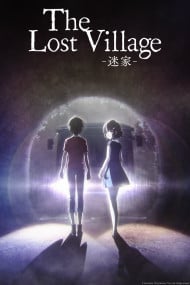 Look Before You Leap

Three Yuunas Is a Crowd

When the Cat's Away, the Mice Will Play Mischief

Get In the Bus, And It'll Get the Song In You

I had not heard of this anime until I was scrolling through options on Crunchyroll in a foreign country while sick, looking for anything interesting.  Overall, it isn’t the worst anime ever, but there’s little going for it beyond its underlying themes. This review will spoil themes of The Lost Village.  A thriller or horror story with the concept of monsters based off of one’s personal trauma does have potential for deep emotional drama and horrific designs.  Despite this, the show fails to deliver on the potential of the concept of Nanaki village, where one must face their trauma in various monstrous forms. The anime’s message of accepting trauma is heartfelt, stating that one must accept their experiences as part of them to move on, rather than ignoring them and becoming apathetic, running away from them, or cutting them out.  It even awknowledfes how difficult such a concept is for some people.  Some of the characters are effective, such as the bus driver, but others do not get enough time to be developed in the slightest.  Regardless of these positive aspect’s the show’s sound, writing, visual design, and scene pacing all leave the show with no tension, which at worst leaves the viewer apathetic and at best is laughably awful. Story(5/10): When weighing the potential with the overall mediocre execution, in my opinion the show is lukewarm at best in this category. The cast is far too large for all of their stories and personalities to really stand out in such a short series.  Their development could have easily benefited from a longer run time. The initial mystery of Nanaki village is good, but the show, and particularly the short, and(spoilers) shockingly positive (spoilers end) ending leave it with little of the overall potential of the concept and themeing delivered upon.   Art(4/10): The show’s art style isn’t entirely terrible.  The backgrounds are usually fine.  The characters have distinctive enough designs to stand out from each other in the massive cast.  This leaves them mostly unmemorable design-wise.  Monster designs are a completely mixed bag.  When the viewer is actually allowed to see something creepy, it is either relatively creepy like a giant bee or floating demonic head, or completely ridiculous like giant cg silicon or speedstar’s Nanaki. The animation itself is pretty dull.  Very little visually happens and the dearth of interesting shot compositions leads in part to the show’s lack of tension.  Much of the show is characters just talking or arguing with one another.  The use of cg is usually pretty noticeable and not particularly well implemented overall.  Particularly the bus and some monster designs are egregious in this respect. Character(5/10):  There are simply too many characters to have them all be developed properly in a 12 episode show.  Some do not have any aspect of their stories, or the monsters associated with them, shown or described in the slightest.   Those who do get time in the spotlight are a pretty mixed bag, with some being darkly believable and others - like getting silicon injected in one’s head to be taller - border on ridiculous.  Most characters are fine when they get time to show themselves as deeper than their initial traits, though some - particularly Lovepon - can be rather grating.  Even the developed characters could use more time or tighter writing to complete their tales.   The overall cast dynamic does allow for plenty of drama, though it’s a shame the writing failed to deliver on any real tension from said drama. The cast does house a male yandere at least, so that’s fun. Sound(6/10): All of the voice actors do a pretty good job as their characters, and the opening and ending songs are pleasant.  Nothing stands out as truly fantastic, and some monster sounds are hilariously bad.  The lack of environmental background noise also detracts from the atmosphere and detracts from tension when the show choses to pause.  These unnatural silences feel awkward rather than terse.  Overall(4.5/10):  The anime really is just mediocre.  There are certainly worse things one could watch, and the initial mystery does provide a nice hook, but the overall product is lukewarm at best.  If you’re intrigued at all by the content you can give it a watch, but there’s more interesting thrillers and horror stories  to be viewing both in and out of the medium of anime.  It doesn’t particularly succeed at being a funny so bad it’s good comedy either in my experience.  It has some hilarious moments but it doesn’t reach the ridiculousness of something like King’s Game.  If one is looking for a so bad it’s good humourous anime watch, I’d recommend King’s Game instead.   However, if, like me, it’s available, you have time to kill, and not much else to do, it is a passable and somewhat enjoyable distraction.  There is some enjoyment to be had here.  Maybe you’ll even get more out of it then I did, either as a serious narrative or a humourous hate watch. 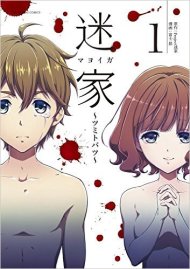 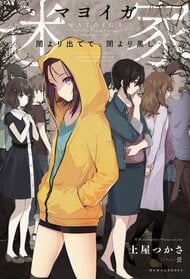