The Legend of the Legendary Heroes 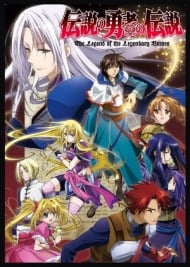 Ryner is not your typical soldier. Cursed with a mysterious, deadly power—the Alpha Stigma—he has been called a monster his entire life. His beautiful partner, Ferris, is a lethal warrior with wits as sharp as her blade. Together they search for the Hero Relics—mystical artifacts that give their owners devastating supernatural abilities—to help their king give hope to a country plagued by political corruption. When they cross arms with a pair of dangerous hunters who wield several of the ancient armaments, Ferris faces Ryner in his most volatile state. As enemies wait in the shadows and blood is spilled amidst a constant threat of mutiny, for these heroes, one move could spark a war.

I wasn't sure how I would feel about a show titled Legend of the Legendary Heroes when I first saw the translated name. I mean how unimaginative can you get? Still what you get is far more than what the title gives you... Story: Firstly, I would like to state that this is a bit more than I would normally give a show that's "incomplete" since it's still got a second season yet to be produced. The story through this 24 episode show isn't done and so on the basis that there is a second season on the way I rated it as high as I would having seen the second half already. Now, onto the actual story's review. When I first started the show it made me laugh within the first few seconds, it wasn't until a little later that I realized that the beginning was actually the middle of the story. Still, to start off with a good laugh is never wrong though it did lead me to not take it as seriously as it eventually got. Whether or not I'll ultimately love or hate this show as a whole is yet to be determined however, so far this show has tons of potential. Great plot, wonderful progression, and a "no such thing as pure evil" mode of conflict. This is something I hold in high regard since to my eyes, there is no such thing as truly evil people. Only those that see what they think is right and wrong and their attempts at justice as they see it. For an anime to mirror this is actually quite rare, you're usually going to find an evil villain at the end and some huge fight where the good guys win and the bad guys lose. Somehow I doubt that this is going to be the case here, at least that is my hope. Animation: At first I figured this was just going to be another cartoony, slapstick, ecchi, action flick with various characters thrown in to make it all worth watching. What I was shown proved me drastically wrong. While there are a couple very impossible hair colors, cartoonish faces, and androgynous character designs, I cannot bring myself to dislike any of it. The scenes, countryside, towns, and characters all have a unique feel and are wonderfully designed and drawn. Pleasing to the eyes, there was only 1 episode that fell on it's face and made you think that the usual workers were taking a break that week. Seriously, ep 18 was a decade behind in quality and completely different from what the rest of the show looks like, it's a total mystery and reminds me of Utawarerumono's ep 14 which did the exact same thing. Due to that; the various cookie cutter character designs/faces, cartoon slapstick faces, and one or two rainbow hair colors, it's score fell short of perfection. Sound: I have no real complaints here, the sounds, music, and voices all did their jobs, it also didn't wow me or move me in any real way beyond what it was designed to do. Very few shows ever do have such moving music that even I'm enraptured by it and this one was no different. It was still good enough to get the job done and didn't break the shows flow at all and thusly gets it's slightly above average score. Characters: Each character has different qualities, varying degree's of extremism in their viewpoint, and sometimes unfathomable motivations. I liked each and every one of them. It's rare that you get the shades of grey mentality from an anime, meaning that no one is the "good guy" and no one is the "bad guy" here. Even those you'd deem evil and as such should be the "bad guy" have seriously compelling motivations behind their actions. Anything, or anyone, pushed into a corner and forced to look at the face of their own death will bare fangs and attack, even a mouse vs a cat. Seeing as this story is yet to be completed and the characters still have a long way to go before they've achieved their "maturity" I kept this score rather high and really, even without a second season I think in this category the score stands well. Overall: Here is where I give no graces, pull no punches, and give nor scoring unbefitting irregardless of future installments or points of view. Since this is a show without an actual ending it's score is drastically reduced from what it could and should be at. I hate that I have to score this so much lower than it really deserves but I cannot and will not overlook my own standards for the sake of a single show or even a handful of shows. My one hope is that when and if the second season of this anime is made, the ending is as wonderfully handled and beautiful as the rest of the anime itself. 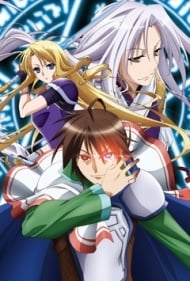 The Legend of the Legendary Heroes: Iris Report 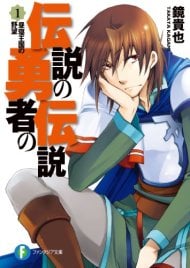 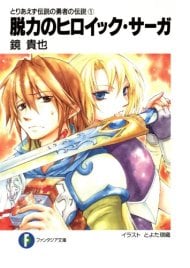 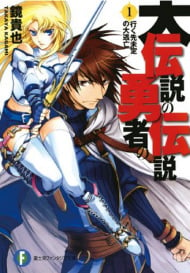 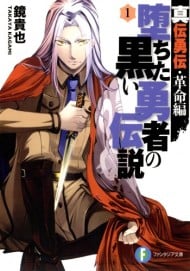 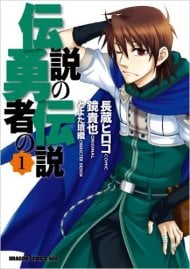 Densetsu no Yuusha no Densetsu