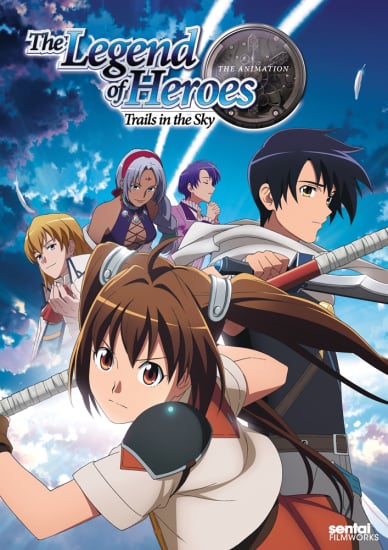 This anime just didn't impress me. To be honest, it's the type I hate so, that may taint my opinion.

Sadly, you must have played the video game to understand the characters & their motives. The back story is eluded to in a quick flashback however, it just left me more confused. Basically, the plot is;

Nothing special or out of the ordinary. Just "meh".

As mentioned before, I never played the video game so, there was no connect with the characters. The main character was supposed to be a strong warrior woman however, she strikes me as clingy as she chases down the boy who left her. Of course, the boy must rescue her every time things get dangerous. Her friends are seemingly useless while they too are supposed to be skilled fighters.

It was like walking into a movie midway thru. You only get a glimmer of everyone's backstory so, you wind up feeling nothing for the characters. This also meant the plot was confusing as you don't get why the heroes chose to be "bracers" or what the villians' master plan is. It ends up being another half-hearted attempt to make a video game into an anime. I lump this in the same catagory as Final Fantasy (whatever number) or Persona (whatever number) in that if you don't play the game, you are lost.