The Laws of the Universe: Part 0 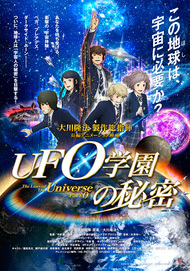 Strange and mysterious events litter the campus of NAZKA Academy. Students are experiencing blackouts, waking up in strange places, and one group of academic misfits suddenly become the star students of the school. When one student confides in her sister, Halle, about her blackout, Halle and her friends, Ray, Anna, Tyler, and Eisuke turn to their trusted professor, Suguru Yoake. In order to get to the bottom of these mysteries, Professor Yoake hypnotizes Halle’s sister, and discovers that the blackouts and the disappearances are all linked to one thing – aliens. The students discover that the Reptilian aliens have infiltrated NAZKA Academy, and that they definitely don’t come in peace. Ray and his friends try to convince the school about the Reptilians, but no one believes them. Ray finds a moon rock to prove his claim, but before he can show anyone, it gets stolen. Seeing how discouraged the students are, Professor Yoake confesses that he has developed a machine to contact the aliens. Using the mystical laws of like attracts like, his machine attempts contact with the Unmite Alien, who takes the students on the adventure of a lifetime in his UFO, visiting different planets and discovering the truths to many secrets. However, when they return to earth, they discover a trap awaiting them, set by the Messenger from the Flip-Side Universe. Will Ray and his friends be able to save Earth before it’s destroyed for good?

583 users are tracking this. Log in to see stats. 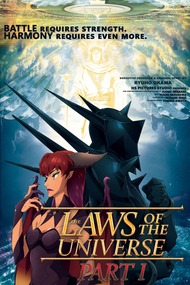 The Laws of the Universe: Part 1